Behind the Pages Part 1: Gary’s Story Spawns ONE Thing Strategy 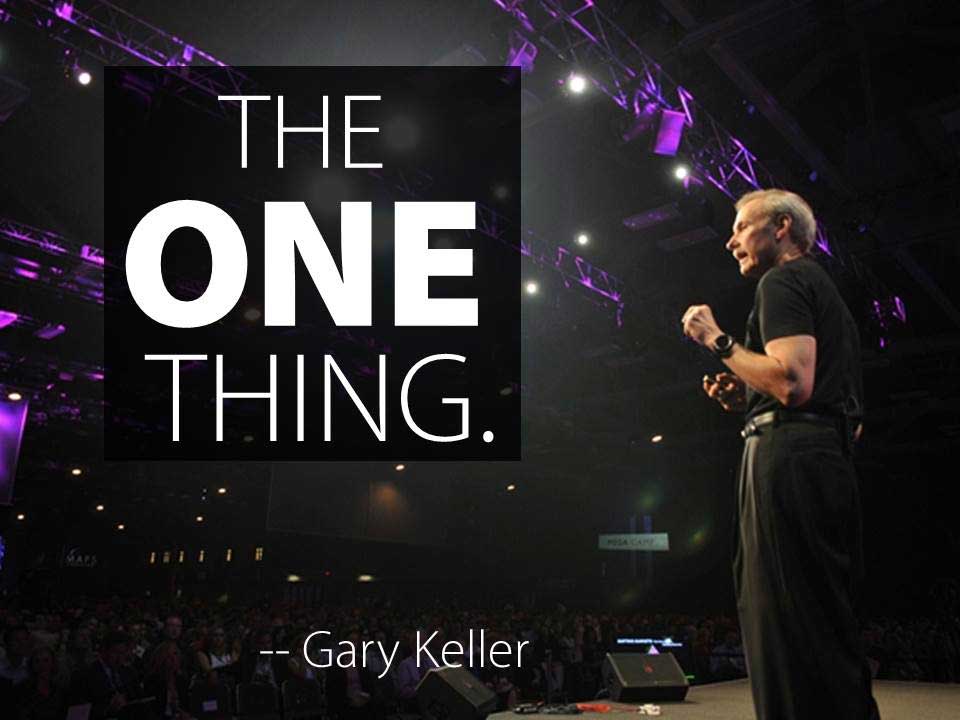 We recently sat down with Gary and asked how we can achieve extraordinary results ourselves. His answer: ask the Focusing Question over and over until you are staring at just ONE Thing. Enjoy our two-part, author interview to gain insight into The ONE Thing’s applicable message of purpose, priority and productivity.

No one understands success quite like Gary Keller. The co-founder and chairman of Keller Williams Realty started his life as an entrepreneur fresh out of college with only $1,000 in his pocket. Within a few years, after achieving considerable success as both a salesperson and a sales manager, he started his own company. Shortly after circumstances put him several hundred thousand dollars in debt, the real estate market bottomed out. At the end of a very short rope, he reinvented himself and his business. One year later his firm was the largest in Austin, and one year after that sold the most real estate. From zero to below zero to number one in less than five years, he not only recovered from his early setbacks, but ultimately set the stage that led Keller Williams Realty to become the number one real estate company in the United States.

During the journey, Keller made it his life’s work to uncover the science behind success, starting with 2004’s instant bestselling hit The Millionaire Real Estate Agent. Now he’s taken his years of research, interviews and coaching sessions with some of the world’s most successful people to pen The ONE Thing: The Surprisingly Simple Truth Behind Extraordinary Results with co-author Jay Papasan.

The ONE Thing Team: There’s a great quote in the book from Arnold Glasow. “Success is simple. Do what’s right, the right way, at the right time.” It does a great job of illustrating the concept behind The ONE Thing.

Gary Keller: Glasow had it right. We only have so much time and energy, so when we spread those out, we end up spreading ourselves thin. What we hope to teach people is that you need to be doing fewer things for more effect, instead of doing more things with side effects. When I look back at my own life and think about where I’ve had huge success, I have narrowed my concentration to ONE Thing, and where my success has varied, so has my focus.

Exactly. Here’s what we know for sure. As humans, we overthink, overplan and overanalyze our careers, our businesses and our lives. We think success requires a long to-do list and a busy calendar. The truth is long hours are neither virtuous nor healthy; and in fact, we usually succeed in spite of most of what we do, not because of it. “Going small” is ignoring all the things you could do and focusing on what you should do. It’s recognizing that not all things matter equally and finding the things that matter most. It’s a powerful way to connect what you do with what you want. It’s realizing that extraordinary results are directly determined by how narrow you make your focus.

How do you do it?

You ask the Focusing Question – “What’s the ONE Thing I can do such that by doing it everything else will be easier or unnecessary?” – over and over until you’re doing the most important thing – your “ONE Thing.” Extraordinary results are rarely happenstance. They come from the choices we make and the actions we take. The Focusing Question always aims you at the absolute best of both by forcing you to do what is essential to success. It ignores what is doable and drills down to what is necessary, to what matters. Whether you’re looking for answers big or small, asking the Focusing Question is the ultimate “success habit” in your life.

How do you incorporate the Focusing Question in your own life?

For me, it’s become almost subconscious. It’s the foundational habit I use to achieve success and lead a big life. I don’t use it for everything, but I apply it to the most important areas: my spiritual life, physical health, personal life, key relationships, job, business and financial life. And I address them in that order – each ONE is a foundation for the next.

Because I want my life to matter, I approach each area by doing what matters most in it. In other words, I ask the Focusing Question in each area and have found that when I’m doing what’s most important in each area, my life feels like it’s running on all cylinders. Besides your own life, can you think of who else might exemplify this idea of the Focusing Question as the ultimate Success Habit? Olympic swimmer Michael Phelps is a great example. When Phelps was diagnosed with ADHD as a child, his kindergarten teacher told his mother, “Michael can’t sit still. Michael can’t be quiet … He’s not gifted. Your son will never be able to focus on anything.” Bob Bowman, his coach, also reported that Michael spent a lot of time on the side of the pool by the lifeguard stand for disruptive behavior. By the way, we’ve seen that same misbehavior crop up from time to time in his adult life. But here’s the thing – and we all know this – he’s set dozens of world records. In 2004 he won six gold and two bronze medals in Athens and then in 2008, a record eight in Beijing. His 18 gold medals set a record for Olympians in any sport. Before he hung up his goggles in retirement, his wins at the 2012 London Olympic Games brought his total medal count to 22 and earned him status of most-decorated Olympian in any sport in history. Today, his mom reports, 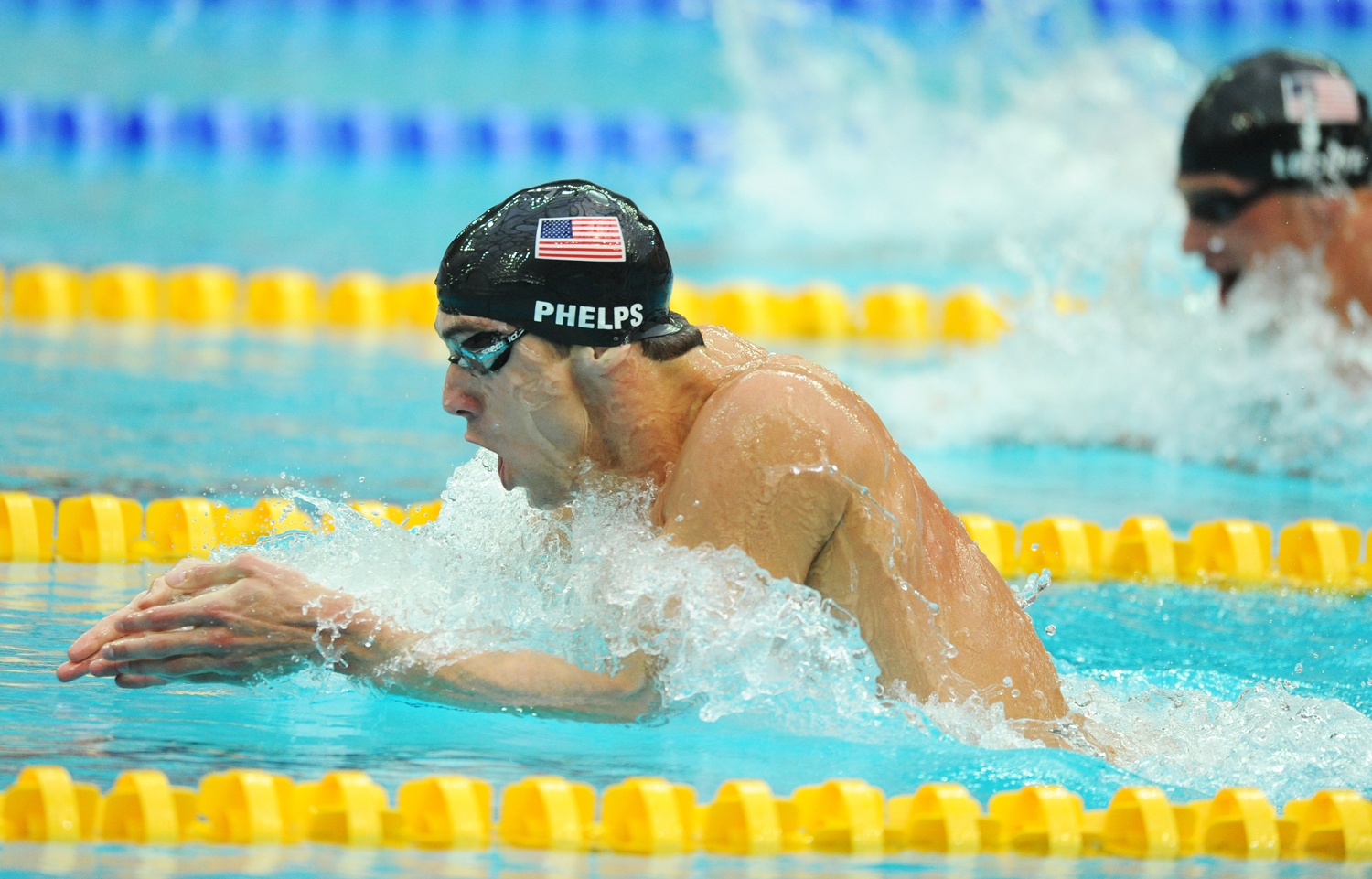 “Michael’s ability to focus amazes me.” Bowman calls it “his strongest attribute.” How did it happen? How did the boy who would “never be able to focus on anything” achieve so much?

So how did he?

Phelps became a person of selected discipline. From age 14 through the Beijing Olympics, Phelps trained seven days a week, 365 days a year. He spent up to six hours in the water each day. Not to oversimplify, but it’s not a stretch to say that Phelps channeled all of his energy into ONE discipline that developed into ONE habit – swimming daily.

You mention the importance of discipline, but it’s one of the six lies on the path to extraordinary results. When people meet my wife, Mary, they always ask, “What is it like living with him? He’s so disciplined.” The truth is I’m not disciplined. Successful people aren’t necessarily disciplined; they’ve just mastered a few key habits that get them extraordinary results. Habit does, however, come about by way of discipline. We see it in Phelps’ dedication and we found it in countless other examples during our research for the book. The trick to success is to choose the right habit and bring just enough discipline to establish it. That’s it. That’s all the discipline you need. As this habit becomes part of your life, you’ll start looking like a “disciplined” person, but you won’t necessarily be one. What you will be is someone who has something regularly working for you because you regularly worked on it.

We’ve all tried to adopt new habits to no avail. What does it take to maintain a new behavior in order for it to stick? We wanted to know that too, so we turned to our research team who uncovered some interesting findings. The first of which was how long it took to truly entrench a habit. According to a study conducted in 2009 by researchers at the University College of London, it takes an average of 66 days – NOT 21 like many of the self-help circles tend to preach. In fact, the full range was 18 to 254 days, but 66 emerged as the “sweet spot.” So, it takes time to develop the right habit, and you can’t give up too soon. There are no guarantees. I tell people to decide what the right ONE is, and then give yourself all the time you need and apply all the discipline you can muster to develop it.

Life is inherently complicated and many of us have some pretty audacious goals. How do you choose where to turn your focus if you’re not sure which path will get you the result you seek?

BJ Thornton once said, “Every great change starts like falling dominoes.” Achieving success, just like change, follows the same domino effect. In the book, we refer to it as a geometric progression, which is the result of Lorne Whitehead’s discovery that domino falls not only topple many things, they can also topple bigger things. He described how a single domino is capable of bringing down another domino that is actually 50 percent larger because of the energy produced. Do you see the implication here? When ONE Thing, the right thing, is set in motion, it can topple not just many things, but things that are successively larger.

Why does this approach work?

Great question. It works because extraordinary success is sequential, not simultaneous. What starts out linear becomes geometric. When you do the right thing and then you do the next right thing, it adds up over time and a geometric progression is unleashed. Success builds on success, and as this happens, over and over, you move toward the highest success possible. As you continue to change your behavior to form new habits, you start to see results.

Okay. So let’s assume I’ve asked the Focusing Question, chosen the right domino and am ready to get started. What’s next?

Look at it this way. If disproportionate results come from one activity, then you must give that one activity disproportionate time. Each and every day, ask this Focusing Question for your blocked time: “Today, what’s the ONE Thing I can do for my ONE Thing such that by doing it everything else will be easier or unnecessary?” When you find the answer, you’ll be doing the most leveraged activity for your most leveraged work.

That’s assuming, of course, that you have a time-managing system in place to be as productive as possible.

Check out some of our reference tools to help you start to time block and bring priority to your task list today. And, stay tuned for post two to learn why Gary thinks big to live large.

← The ONE Thing Re-ups Students' Energy, Focus Behind the Pages Part 2: How Do I Succeed in Such a Busy World? →
We use cookies to ensure that we give you the best experience on our website. If you continue to use this site we will assume that you are happy with it.OkNoPrivacy policy