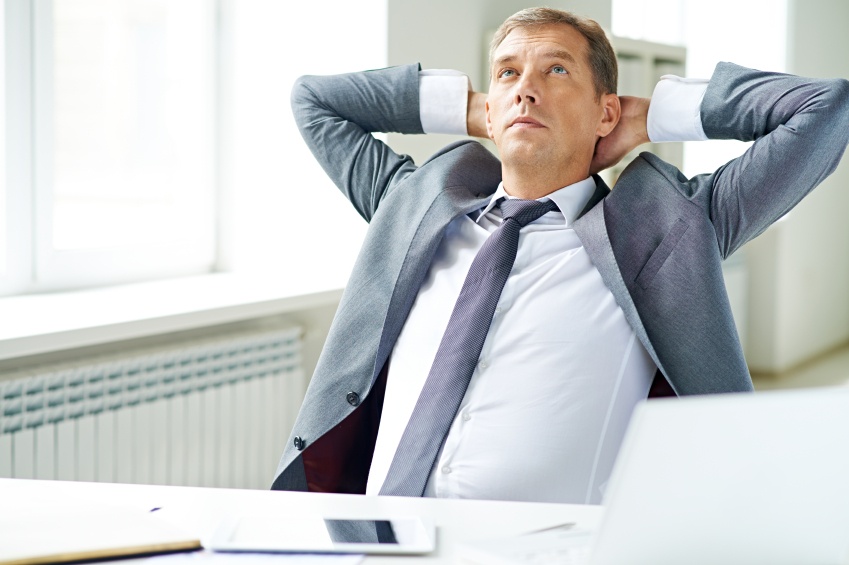 As the summer begins to wind down, are you finding yourself becoming a little bored? Do the projects that once fired you up now leave you with little motivation? No need to worry, you’re not the only one! Instead of distracting yourself from boredom, use it to your advantage. Researchers now say being bored might actually help your creativity and it may serve as a sign that it’s time for you to make new goals.

The traditional school of thought has been that boredom is a bad thing and is often the result of idleness. The truth of the matter is, boredom can get the best of anyone – even go-getters who are always active and involved. Boredom is simply a sign that you need a change of pace, a new direction, a new focus. In short, boredom is a way of identifying when you need new goals because your previous goal is no longer beneficial.

Recent research has found that boredom is a springboard for creativity. Two test groups were tasked with coming up with ways to use a polystyrene cup. One group went right to the task while the other group had to first copy numbers from the phone book for 15 minutes. Needless to say, the phone book group was thoroughly bored before moving on to the polystyrene cup. Interestingly, those bored participants came up with more ways to use the cup than the non-bored group.

Boredom can also help to filter out the non-essentials in our lives. It’s an indicator of the things that you aren’t gaining anything from and things that shouldn’t be a high priority for you. It’s your brain’s way of telling you there’s nothing useful to be learned from a person, place or experience.

How to Get Reengaged if You’re Bored

Boredom can be a slippery slope. If you let it go on for extended periods of time it can lead to adverse effects like depression and overeating. But if you catch it early on and strategically reengage, boredom can be a motivator for the pursuit of new goals or exploring alternate goals and experiences. It facilitates the attainment of goals that might have been missed if you hadn’t reengaged using the three steps below:

#1 – Acknowledge the Boredom, Don’t Fight It or Ignore It

Your brain wants to find relief from boredom, that much is a known. Instead of pushing it aside, ignoring it or trying to fight through the boredom, acknowledge what you’re feeling so you can formulate a constructive response. Consider what exactly is causing you boredom so you can identify the trigger and avoid it in the future.

#2 – Give Yourself an Opportunity to Daydream

Instead of immediately throwing yourself into something, take your time to explore your boredom. In other words, daydream. Drift off into your head and think about what you’d like to be doing instead and what you were doing the last time you were totally engaged.

According to another study, allowing yourself the freedom to contemplate during boredom is when creativity can shine its brightest. In this follow-up study, one group was given the task of writing out numbers from the phone book while the other group simply had to read the phone book for 15 minutes. The passive activity of reading provided more potential for daydreaming and that group was ultimately more creative. By taking the time to daydream, you’ll come up with creative solutions for your boredom and consider ideas that might have been overlooked had you not been daydreaming.

#3 – Set Goals That Ignite Your Passion

Since boredom is an indicator that your goals aren’t giving you a return on investment, it’s time to focus on the things that you’re truly passionate about. This is where purpose comes into play. Identify your purpose in life – the big picture of what matters most to you. Your purpose will serve as a driving force that shapes priorities and goals.

As noted in The ONE Thing, living with purpose leads to living by priority and in turn living for productivity. People that are being productive are rarely bored because they are working towards an end goal that serves a fulfilling purpose.

← Are You on Hugging Terms with Your Employees? What We Can Learn from the Common Goal of a Football Team →