Discovering Success: The ONE Thing of World Famous Explorers 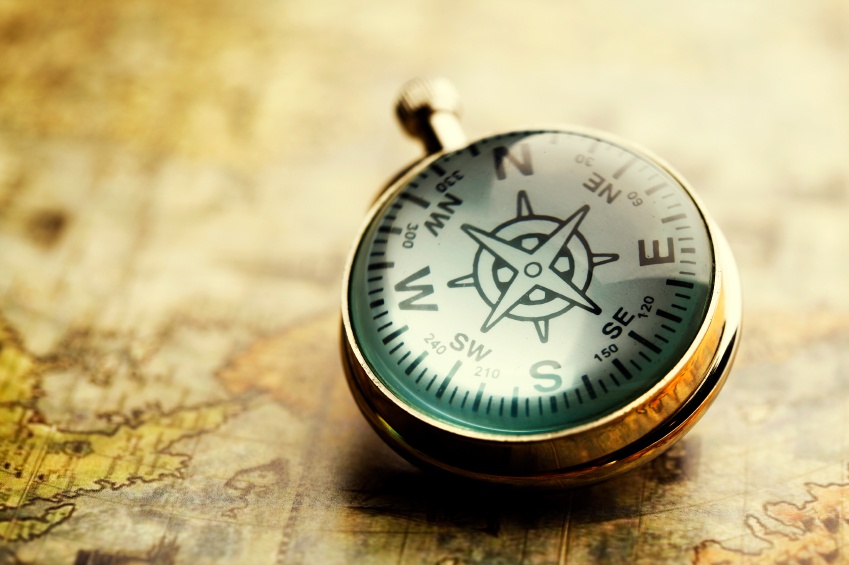 America is a maritime nation that was founded on exploration. National Maritime Day honors that history and the personnel of the Merchant Marines who circumvent the globe supporting our troops wherever they may be. It’s also a time to recognize all the explorers that have opened up the world for the rest of us.

No matter where or what era they lived in these explorers have ONE Thing in common – they plotted a course and followed it through. Explorers brave the unknown, but there is always something distinct that they are after. They set a big goal and created a plan of action, but fully understood that they may encounter unknowns along the way that would require them to re-chart part of their course.

Across unknown oceans, through snow fields, over mountains, onto alien surfaces and into the depths of the sea – the explorers below expanded our horizons by knowing no bounds but how to get there.

In a time when people believed the world was flat and you could fall off the edge of the Earth, Ferdinand Magellan dreamed of going beyond the horizon. But Magellan didn’t just think about it— he did it.

To put it simply, exploration was Magellan’s ONE Thing. As a boy he became a page for the Queen of Portugal, which enabled him to study navigation. This interest grew as he got older, and by his 20s he was a crewmember of a Portuguese fleet that sailed along East Africa.

Despite a serious injury that left him with a limp, Magellan had no plans of giving up exploration. Instead at almost 40 years old he moved to Spain, poured over navigational maps and approached the king with a plan to reach the Spice Islands (Indonesia) by going west and in the process circumnavigate the globe. Others, including Christopher Columbus had tried this feat and failed, but in 1519 Magellan’s plan was compelling enough to get the approval of King Charles I.

Magellan’s navigation skills proved to be precise. Though two of the five ships and nearly half the crew, including Magellan, didn’t finish the journey, the rest of the expedition did make it around the world and back to Spain in 1522, achieving his extraordinary goal.

With the world well-mapped, people living at the turn of the 20th century knew there was one place yet to be explored by man. The land at latitude 90° north remained largely a mystery. The two co-discoverers of the North Pole had dramatically different upbringings, but they both shared a love of adventure and exploration as well as a singular goal.

Although their paths contained markedly different dominoes, both would eventually set them up to accomplish this shared goal. Robert Edwin Peary began plotting his course to “the roof of the world” from a very young age. He grew up in Maine, graduated from Bowdoin College and worked briefly as a surveyor before joining the U.S. Navy Corps of Civil Engineers. After working in Nicaragua, Peary was able to arrange for Artic explorations – something he began planning while in Central America.

Matthew Henson, an African-American from Maryland, lost both his parents at a young age. He and his siblings were given over to the care of relatives in Washington, D.C. After running away from his relatives’ home at age 12, he became a cabin boy and studied navigation for six years. It was by chance that he came to meet Peary in Washington, D.C., but Peary was immediately impressed with Henson’s knowledge and skills.

Peary hired Henson to be his valet, and thus began a lifelong partnership. Before the famed excursion to the North Pole, Peary led five expeditions across Greenland and Artic Canada. It was necessary preparation for pushing farther north. Henson proved to be invaluable in his ability to relate with the Eskimo people who provided insight into surviving in the harsh climate. On April 6, 1909, years of goal setting paid off when they raised the American flag at the North Pole.

Rather than go across sea or terrain, Sir Edmund Hillary wanted to climb it. But he didn’t want to climb just any mountain. He wanted to conquer the largest mountain on earth, Mount Everest. Just like Peary and Henson, Hillary faced torturously cold weather and harsh conditions that could prove deadly if things weren’t calculated exactly right.

Edmund was a beekeeper by trade, but an extremely talented climber in his native country of New Zealand. When Colonel John Hunt arranged a British expedition to hopefully reach the top of Mt. Everest, Hillary was tapped to be part of the team. They learned from the ventures of past expeditions and equipped themselves with the latest climbing gear, including oxygen systems and radio equipment.

On May 29, 1953, after a sleepless night camped at 27,900 feet Hillary and his Sherpa Tenzing Norgay did the impossible – they knocked over that final domino and reached the top of Mount Everest. Today around 4,000 others have followed in their footsteps.

Since the beginning of time the moon has hovered over us, influencing the tides and inspiring dreams. Neil Armstrong always had big goals to take to the skies. While still in high school, he earned his pilot’s license and began the domino run that would ultimately land him on the moon.

Armstrong went on to study aeronautical engineering at Purdue University and was a naval pilot for three years before joining the National Advisory Committee for Aeronautics (NACA), the predecessor of NASA. Here he worked as a test pilot with other engineers to begin creating aircrafts that could go beyond the stratosphere. Armstrong manned hundreds of test flights over the span of 11 years before his first mission into space in 1966.

This, and numerous other flights, primed Armstrong for the Apollo 11 spaceflight, a moment Armstrong had actually been preparing for all his life. On July 20, 1969 as the world watched on, Neil Armstrong stepped out onto the lunar surface. When he took that first step onto the moon and uttered the famous words, “one small step for man, one giant leap for mankind,” it truly was one of the greatest moments in history.

While Neil Armstrong was rocketing into outer space to explore where no man had gone before, Jacques Cousteau did the same – except he stayed on earth. All around us, spreading across 70% of the planet, are oceans that man has traveled across but rarely plunged into.

Ever since he learned to swim at four years old, Cousteau had an intense curiosity about the ocean. He also began experimenting with cameras as a teenager. He took those two interests and married them in the 1940s, eventually helping to develop the aqua-lung and high-pressure underwater cameras. This is when Cousteau made his first documentary of life under the ocean surface.

Cousteau didn’t just explore the oceans in the following decades. He opened up the undersea world to people all over the globe with his films and television series. In essence he brought us all along on his expeditions. His underwater films showed us how alien and beautiful the seas on Earth are. And that was always the intent. Cousteau plotted a course in which he could make us all explorers of the underwater world he loved so much.

As you chart your own course, keep in mind that these explorers prove no goal is too big. Big is not bad. Big is not impossible. You just have to brave the unknown, plan how you will get there and line up the first domino.

← Greg McKeown, Author of Essentialism, to Join Jay on Next Webinar Remembering the Importance of Sacrifice This Memorial Day →