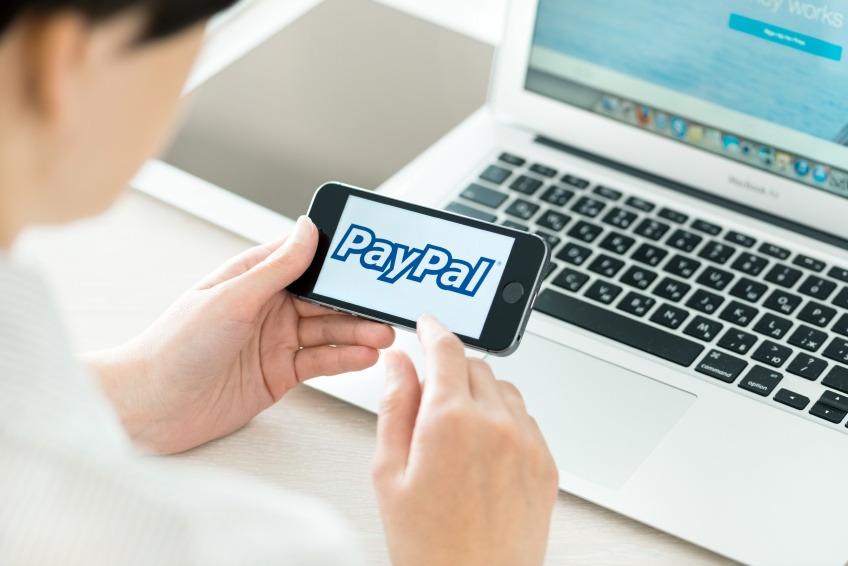 The PayPal Mafia. It sounds much more ominous than it actually is. In Silicon Valley the name is synonymous with the success of PayPal’s six core founders and exemplifies how unconventional the company’s founding was after the dot com bust.

The experience that each founder gained in their involvement with PayPal and subsequent businesses has provided them with a tremendous amount of business knowledge to share. Here at Keller Ink, we thought the advice in this short video of Elon Musk provides budding entrepreneurs with great tips on starting a business.

Max Levchin, Peter Thiel, Luke Nosek, Elon Musk, David Sacks and Reid Hoffman are the six key founders that created the world’s largest online payment system. It all began in 1998 when Levchin went to see Thiel give a guest lecture at Stanford University. Soon after the two began working together on digital wallet technology for PDAs, which led to the formation of their company Confinity.

Shortly after in 1999 one of their engineers developed a process for sending money via email (more on that later) through the use of tokens, and the true essence of the business was born. In a year’s time the company gained 1 million users and people began using Confinity to exchange funds for products on eBay.

About this time Confinity was acquired by Musk’s company X.com. Musk had just sold his online ad company Zip2 for $300 million and was looking to make waves with virtual finance products. X.com was a service that combined all of a person’s finances online and included email transfers of money, stocks or mutual funds. A few big things happened after that fateful merger. The company was re-named PayPal, and Musk became the CEO.

With the robust financial infrastructure of X.com, PayPal was able to bypass the tokens and deal directly with monetary transactions. Eventually two thirds of PayPal transactions were happening on the eBay platform. Even eBay itself couldn’t compete with PayPal’s technology.

On the opening day of their IPO in February 2002, shares went from $13 each to $20.09 by close of business. Four months later eBay bought out PayPal for $1.5 billion to make it an official part of their service offerings. In just four short years PayPal went from being non-existent to being the world’s premier online financial service.

The Founders Thought the Biggest Feature Was Just a Bonus

As with many companies throughout history, a feature that the founders didn’t think was the most impressive ended up being a game changer. In a lecture at Stanford University Musk revealed that it only took his X.com team one day to create what is arguably one of PayPal’s most powerful features – emailing funds.

But the genius didn’t stop there. Emailing money to someone was a feat for that time, but PayPal also figured out a way to increase their membership through viral marketing. If a person was emailed funds but didn’t yet have a PayPal account they were prompted to do so when they got the alert that money was sent. Without an account they couldn’t get their money, which is good incentive for signing up.

This is one of the earliest instances of using viral marketing to get your existing customer base to do most of the lead generation. The strategy was put into place partly due to PayPal’s non-existent marketing budget, but it ended up producing massive results that the founders themselves never could have predicted.

Agility and Camaraderie That Became the Silicon Valley Startup Model

In many regards PayPal has become the model for today’s startups in Silicon Valley, including powerhouses like Facebook. The name PayPal Mafia was coined not just because of the company’s hold on the digital payment market, but because the founders were outliers. They were far from the established Silicon Valley elite.

From the beginning, Thiel and Levchin were more than partners, they were friends. They made it a priority to hire people they wanted to work with rather than the people with the best pedigree. Focus was also put on agility, which helped PayPal outmaneuver eBay on their own platform.

In addition to essentially founding viral marketing, PayPal also led the way in platform strategy by working off of eBay’s foundation. The company was also among the first to use embedded widgets and an iterative product strategy that was based on releasing products as soon as they were finished instead of waiting for a product release cycle.

All these things seem commonplace today because they are now cornerstones for Internet startups.

Founders That Were Far From One Hit Wonders

To say the PayPal Mafia knows how to create successful businesses from virtually nothing is underselling their capabilities by quite a bit. One of the most remarkable things about PayPal is how many of its core team members have found substantial success after the eBay acquisition. Within a decade after selling to eBay the PayPal Mafia members have gone on to head up a number of multi-billion dollar businesses – that’s billion with a B.

Tesla Motors, Yelp and YouTube are just a few businesses from PayPal founders that most of us are familiar with today. Even Google can’t match the offshoot output of PayPal employees. The TechRepublic crunched the numbers a few years ago and estimated that PayPal employees are 350 times more successful at creating multi-billion dollar businesses on their own compared to Google employees.

If the PayPal founders have taught us anything it’s that looking for opportunity is the ONE Thing that’s absolutely necessary to successfully launching a business. They recognized the potential in creating a way for customers to transfer funds electronically, and in the process changed the way transactions are handled online.

What have you learned from the founders of Paypal, and specifically, Elon Musk’s brief words of advice for budding entrepreneurs?