How Embracing Failure and Accountability Builds a Better You 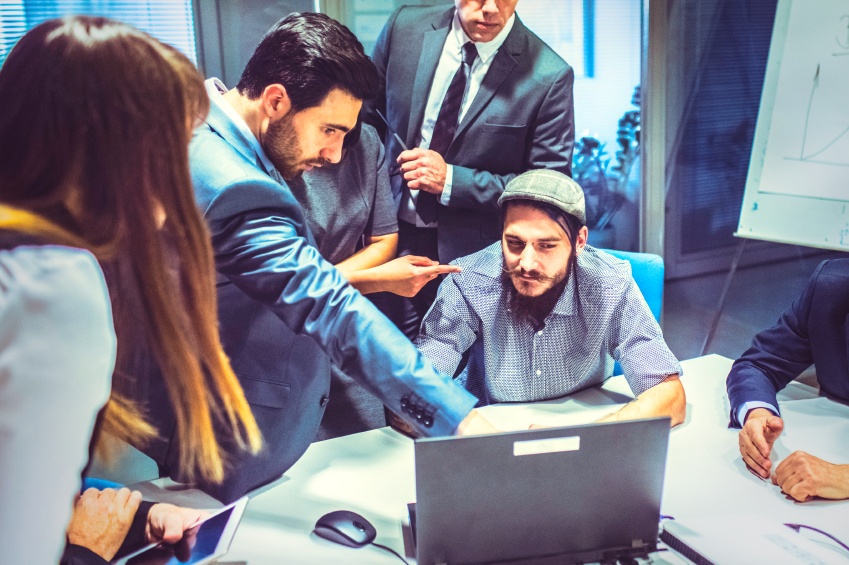 One of the three commitments for extraordinary outcomes that are outlined in The ONE Thing is accountability. Anyone on a nutrition plan who has enlisted the help of an accountability partner after trying to go it alone understands the difference accountability can make — and research backs this up. In fact, studies by the American Society of Training and Development (ASTD) have shown that accountability can increase your chances of reaching a goal by 85 percent.

Failure and accountability are interlocked. Failure shows us where we need to grow and accountability makes sure we’re growing. Without accountability it’s easy to let things slide and blame our current situation on outside forces. Taking ownership of your outcomes is the only way to learn and grow so that you keep improving. Owning up to your shortcomings and mistakes isn’t easy, but it is an essential part of success.

How Other Entrepreneurs and Companies Have Held Themselves Accountable

Do you want to be the author of your success or the victim of your circumstances? Successful people approach failure with an accountability mindset that puts them in control of their outcomes. Many of today’s top companies, entrepreneurs and world leaders understand success depends on stepping up to the plate.

In air travel there are a lot of things that are out of the airline operator’s control, but they tend to still get blamed for just about everything. However, when things do go wrong, how a company reacts to the problem is a controllable factor.

Several years ago, when winter storms raged across the Northeast and Midwest, airline passengers got caught in Mother Nature’s crosshairs. JetBlue wasn’t prepared, and their customers suffered the most of all. Rather than blaming the weather for all the problems, JetBlue’s CEO David Neeleman issued a public apology. He took full ownership and stated that the company’s response to the storms was unacceptable. Neeleman also reassured customers that they had learned from the failure and outlined steps the company was taking to make sure it never happened again.

Kissmetrics Forgot About the Customer

Even a market research company as well established as Kissmetrics can break a cardinal rule of business. Co-founder Hiten Shah has shared that he and a partner sunk $1 million into a web hosting company that never reached the market. The problem was they forgot to consider the needs and wants of their customer base. It’s a mistake that Shah won’t make twice, and has helped him grow Kissmetics and his other company Crazy Egg.

Even Steve Jobs Made Mistakes . . . But He Knew How to Own Them

The late, great Steve Jobs is often looked at as one of the greatest entrepreneurs and visionaries of the last century. But no one is perfect. Jobs made a number of big mistakes while building Apple, but he owned them. He understood that mistakes were a natural part of innovation.

One of the most famous examples of Jobs missing the mark was his intention for Pixar. When Jobs bought the animation arm of Lucas Films in 1986, he originally intended to develop it into a hardware company. When that didn’t pan out he tried selling the company for $50 million to no avail. Fortunately, Jobs listened to John Lasseter and Ed Catmull who wanted to use Pixar to make digitally animated films. Nine years later they released Toy Story. Jobs went on to sell Pixar to Disney as an animation house for $7.4 billion.

Starbucks founder Howard Schultz knew he had a good idea when he set out to give Americans a communal coffee shop. However, he didn’t know how to go about executing the idea. Take the first shop he opened for instance — it didn’t have seating and the menus were in Italian. Schultz has been very open and honest with the fact that he and his team made a lot of mistakes early on, recognized their failures, and fine-tuned their offering as a result. Holding themselves accountable paid off in spades — Starbucks is now one of the biggest brands in the world.

HowAboutWe.com Embraces Failure as a Part of the Process

Aaron Schildkrout, founder of the dating website HowAboutWe.com, quickly learned that failure is a part of finding the perfect mix of services for customers looking for coupledom. Instead of letting it get him down, Schildkrout fully embraced failure as a part of the development process. His team has learned not to be afraid to try new things and to acknowledge failures by cutting cords right away when something isn’t working. Schildkrout attributes the company’s success to this expedited failure and learning process.

All these anecdotes point to ONE Thing – accountability is the answer to overcoming adversity and setbacks on your path to extraordinary results. It gives you the perseverance needed to push past obstacles and make tough decisions that ultimately lead to big success.

What or who do you rely on in your business to hold you accountable?