Why Gamers are Taking Over the World 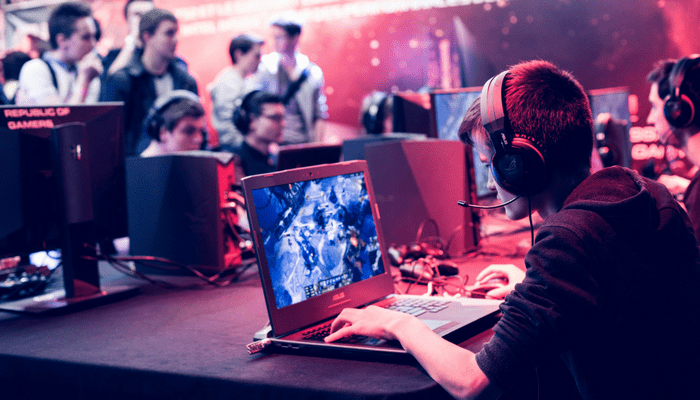 We’ve come a long way since Pong. Video games today are challenging, fresh, fast-paced, and wholly immersive. They can put you in the middle of a summer blockbuster or have you scraping every ounce of your brain power in search of a solution to a daunting problem. With so much variety, one thing is clear: people who play video games are taking their brains to a new level.

If you have a hard time believing that, then you’ll probably have a hard time believing that a man was able to take off, fly and land a Cessna 172 without ever having been in the cockpit of a plane before. That’s the story of YouTuber T.Sparks, who made a bet with a friend that his experience playing a flight simulator on his computer at home was just as good as the real thing. As it turns out, he was right.

From laparoscopic surgery to piloting a military drone, video games are providing great opportunities for training in real world applications. But more than that, researchers are finding that video games are changing the way we think and learn, retooling our minds for handling the complex problems of our future.

Many of the benefits of videogames are tied to first person shooters. And even though these games are perceived as violent, they can actually change the way we learn—for the better.

In 2012, a group of researchers analyzed the brains of gamers and non-gamers while working on a pattern based puzzle. They found that the fronto-parietal network for gamers — the part of the brain used for focusing — was less active during the task than non-gamers. While this may sound like a bad thing, the researchers actually suggested the opposite. The gamers’ brains were able to allocate their attention more efficiently and filter out irrelevant information more effectively than their non-gamer counterparts.

Not only are gamers able to focus better than non-gamers, they’re becoming better learners as well. Gone are the days of learning through a step-by-step instruction manual. The complexity of today’s games are teaching people how to solve problems without clear-cut solutions. And this is a pretty big deal. In her article for Scientific American MIND, Lydia Denworth called this method of learning to learn, “the holy grail of education”.

Think about it, before we can do anything, we have to learn how to do it. It just turns out today’s videogames are teaching its players to become masters of learning.

One of the biggest benefits of playing video games is that it boosts our spatial reasoning skills.

Many games can be distilled down to using shapes and space to your advantage in order to solve puzzles or achieve some other objective. Having to absorb and learn the limitations of an environment separate from our own has proven to be a great exercise for our minds – even if the environment is a virtual one.

In one study from the University of Toronto, a group was tasked with playing the first person shooter Medal of Honor: Pacific Assault and another was tasked with playing a 3D puzzle game called Ballance. While the puzzle group saw no change at all, the group of gamers saw a 10 to 15 percent increase both their measurement of spatial attention and their ability to picture how objects behave in a three dimensional space.

Spatial reasoning is crucial to the scientific and engineering parts of our mind. Researchers have found that those who are good at spatial reasoning early on in life have shown to also be more successful in the science, technology, engineering, and mathematic fields in adulthood.

Videogames give players the ability to step into a world remarkably different from their own and have some level of control over it. This can range from a linear design with clear-cut challenges or puzzles set inside of a 1930’s cartoon, to sandbox design, like Minecraft, where players are given a world that they can shape how they see fit. These games are engrossing, and continually challenge gamers to think outside of the box.

It’s no wonder why a group of researchers in 2012 found that high degrees of creativity could be predictably measured in kids who played videogames.

The stereotypical videogame nerd, who plays alone in his basement, shut off from the rest of the world, just doesn’t exist anymore. Whether you’re playing with someone who’s sitting next to you or someone sitting a thousand miles away from you, today’s videogames are serving as social platforms that bring people together in a bout of competition or cooperation unlike anything ever seen before.

In their annual report, the Entertainment Software Association found that 54 percent of the most frequent gamers say videogames help them connect with their friends. Moreover, gamers aren’t just spending time with friends, 45 percent said it helps their family spend time together. So, if you’re looking to reconnect with a friend living in another state or for a new way to spend time with a family member, pick up a controller and start playing!

Have you ever considered the positive impact that video games can have on your brain? If you’re having trouble picking up new skills or tackling new challenges, we suggest having fun with it and playing a videogame once in a while – you never know what new skills it can help you acquire!