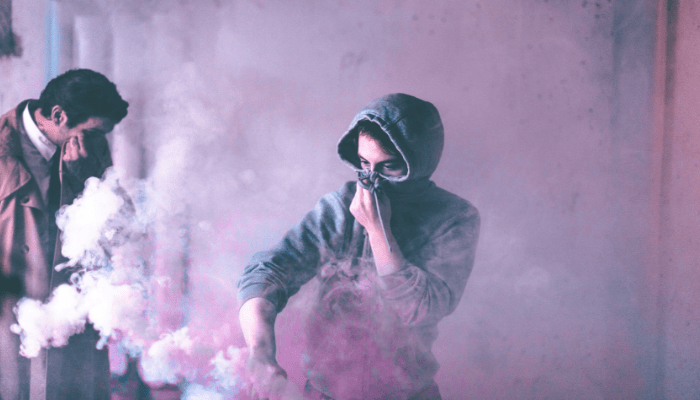 When it comes to hiring, there are a number of qualities to consider in candidates, but we typically focus on personal productivity. Before we make an investment in someone, we want to know that we’re going to be getting the most bang for our buck. However, according to a 2015 study, productivity isn’t the most important thing to look for:

Their level of toxicity is.

“Toxic” (that seething word) can mean a lot of things, but for the purposes of this study, the research team from Northwestern University defined it as someone who engages in behavior that is harmful to the organization, including its property or people. That shows up in a variety of different ways, but the researchers found some common attributes like overconfidence, overestimating your own abilities, and a “profession for the rules.” (In other words, people who claimed that rules should never be broken were more likely to be fired for breaking them.)

The thing about productive, toxic workers is that, while they’re really productive, their behavior actually lowers the productivity of those around them. When someone overestimates their abilities or breaks the rules underhandedly, it creates more trouble and work for those around them. Instead of making progress, they’ll stand behind to clean up the mess. Or worse, the behavior will become contagious and they’ll begin emulating the behavior as well.

This means that tolerating toxicity creates a trade-off between individual achievement and the achievement of the overall team. The effect is so prominent that it’s more worthwhile for businesses to focus on avoiding toxic workers during the hiring process than it is to find someone who is in the top 1% of productivity—by a factor of 2-1.

We’ve all experienced a toxic, productive worker in our professional lives—maybe we even found ourselves in that role at some point or another. Regardless of the role we played, the impact was still the same—our productivity was hamstrung. When we work for ourselves—without regard to the way we go about our business—we wind up shortchanging the progress of everyone around us, as well as our own.

Avoiding Toxicity in the Teams We Build and Join

There are no lone wolves. When it comes to the seven buckets of our life (spiritual, physical, personal, relationships, job, business, and financial), we’ll get more done if we form teams to reach our goals than if we decide to go at it alone.

Whether they be mentors, coaches, accountability-buddies, partners, husbands, wives, friends, best friends, employees, bosses, contractors—or anyone else in the spectrum of support—the people we enlist to help us will shape our productivity for better or worse. Ensuring that these people are both dependable and inoffensive is our best shot at achieving the largest goals we set for ourselves.

In order to protect ourselves from toxic individuals, follow the rules set out in Kenny Rodger’s “The Gambler”:

#1 Pick the Right Table and Who Sits with You

It goes without saying that the easiest and most pain-free way to work with a toxic worker is to not have to work with one in the first place.

This is why it’s important to view the hiring process as a dating period. It takes two to date. Ask engaging questions during the interview process to get to know candidates before you hire them. Challenge them during the process to show where you might find trouble later on. Better yet, when you ask for references, take them seriously, and ask their references for additional references that the candidate didn’t list. The best way to ensure that someone you’re bringing on board isn’t toxic is to talk to people who have worked with them before. Talking to people they haven’t included on their personal list of references takes things a step further and will give you an opportunity to build a complete picture of a candidate—not just the candidate that they want you to see.

And if you’re the one applying, remember: dating is a two-way street. If you’re applying to join a team of people, it isn’t just the hiring manager’s job to ensure that everyone on the team is completely non-toxic. It’s your job, too. If someone is trying to hire you after taking one look at your resume, during the interview process request a moment to get to know the team. In the same way that those hiring you might ask for references to qualify your character and work experience, you also have the right to ask for references.

If we find ourselves in the midst of a toxic work situation, the solution isn’t always to cut bait. Sometimes toxicity can be a temporary mechanism people use (hopefully unknowingly) to deal with stressful or painful events. These kinds of people may not even know that their behavior is toxic—although the impact is the same.

Instead of coming in guns blazing, ready to pull the trigger and fire someone from the team, it’s a good idea to come in with a list of questions to get to the heart of the issue—especially if it’s coming from someone who doesn’t have a track record of toxic behavior.

Even if someone is showing signs of toxicity for the first time, it’s important to set a time-frame for change. This way, you won’t find yourself tolerating disruptive behavior to your own detriment. While everyone is able to change, not everyone does. It might also be the case that this person’s toxic behavior might have always been there, you just weren’t aware of it.

Letting someone go is a tough decision to make. In fact, I don’t think I’ve ever met anyone who enjoys breaking the bad news to someone that they’re no longer a part of the team. Worse yet, that dreadful feeling of needing to cut ties is made more difficult when the person who is toxic is the most productive member of the team.

The important thing to remember here is that when we’re a member of a team, individual productivity only goes so far. If one person’s productivity comes at the expense of several others, the outcome is likely a lower overall level of productivity.

When we aren’t in a position to terminate a relationship with someone else—for instance, if we’re an employee without any managerial responsibilities—sometimes the best thing for us to do is to simply walk away from the situation all together.

The longer we sit at a table, the harder it is to leave. That’s why it’s important to take swift and decisive action the moment it becomes clear that we need to make a change. If you can make a clean break—that’s great. If you can’t, then we recommend you adopt a few rules of engagement that protect you from a toxic environment.

Everyone can benefit from creating a list of “conditions” and “resulting actions” that define the realm and environment they work in. Conditions are a list of circumstances that have been shown to impact your own productivity. These should be followed by a couple of consequences, aka resulting actions, that will take place if those conditions are met.

For example, if you find you’re in a position where you can’t leave a place of employment, let your employer know:

Condition: “When a toxic worker lies to a customer I’m working with.”

Resulting Action: “I will address the lie the moment it occurs, and I will distance myself from the project.”

Creating a list of these kinds of conditions and resulting actions and sharing them with not only the toxic worker but also with leadership does two things: It informs them that their behavior is impacting your ability to accomplish your goals (and therefore their own), and it shows those in a position to enact change how the productivity of the team is being hampered by a toxic co-worker.

These kinds of boundaries don’t just work well in an employer/employee relationship, they work well for other types of relationships as well. While they won’t always work in a way that leads to a toxic team member changing or being expunged from a team, it does help empower us and give us a line of reasoning for protecting ourselves and our own productivity.