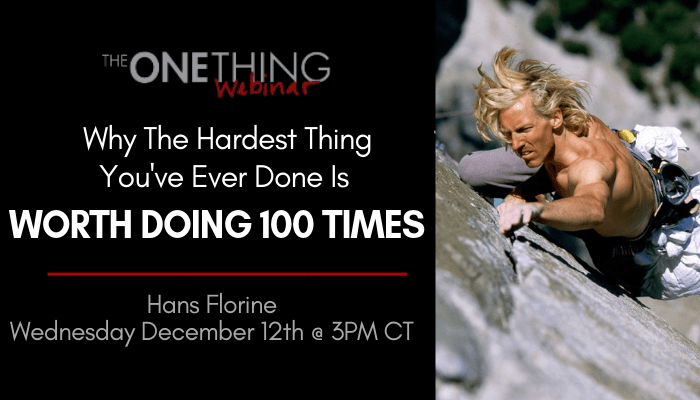 Why the hardest thing you’ve ever done is WORTH DOING 100 TIMES!

Hans Florine is an American rock climber, who together with Alex Honnold previously held the speed record for climbing The Nose of Yosemite’s El Capitan in 2:23:46, on June 17, 2012. He has climbed The Nose more than 97 times, and El Capitan more than 150. El Capitan is traditionally climbed in three to five days.

← Prev: How Hidden Networks Can Transform Your Life And Your Career with David Burkus Next: How Great Leaders Create Connection →
We use cookies to ensure that we give you the best experience on our website. If you continue to use this site we will assume that you are happy with it.OkNoPrivacy policy