5 Ways to Be So Productive It’s Scary! 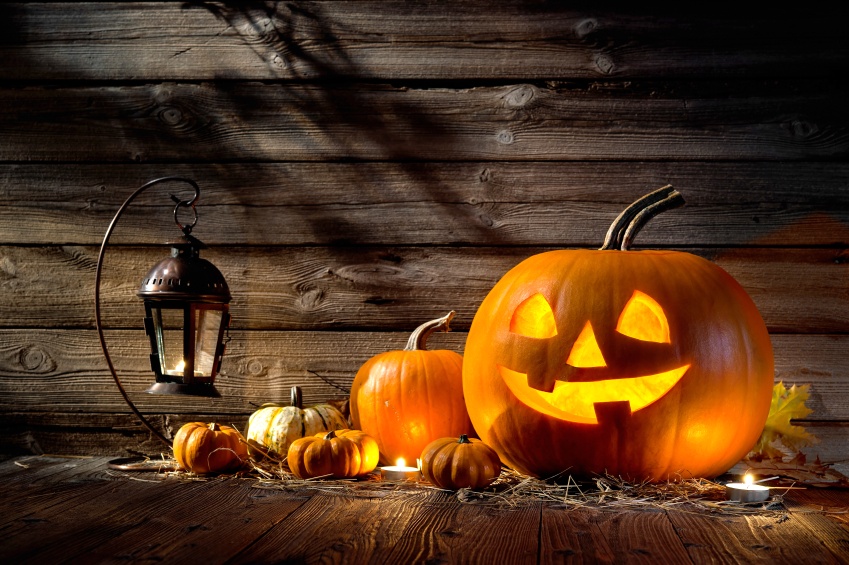 The dampness of perspiration can be felt on your brow. It’s a natural reaction to the stress. Your heart rate elevates as you race against the clock. Each minute is like a shock to the system that causes your throat to clench tighter.

Around you lights begin to extinguish as your co-workers clock out for the day, leaving you there alone in the abandoned office. Outside trick-or-treaters are beginning their descent on the city, but you sit at your desk facing the most frightening of terrors – unfinished projects.

Productivity isn’t something that people are born with. It’s something that is developed, sort of like Frankenstein. You have to find the tools and techniques that work for you. The five tips below are surefire ways to become so productive it’s scary.

1. Scream “No” Like a Teenager Running Through the Woods

“No” is probably the most popular word in scary movies, and it’s something that productive people say a lot. It’s a matter of not getting pulled in too many directions or stretching yourself so thin that nothing gets done to the best of your ability.

Say “no” to social media monsters. It’s easy to get trapped in the social media web and succumb to one of the biggest time wasters in the office. So much so, it’s estimated that social media costs the U.S. economy $650 billion a year in lost production.

Say “no” to outside projects that eat up your time. When a co-worker or manager asks you to help out on a project it’s tempting to say yes so you look like a team player. Unfortunately, that means you get pulled away from focusing on your own projects.

Say “no” to meetings that bore everyone to death. A recent survey found that the time spent on poorly run, needless meetings has increased by 14% in the last few years. Sure, there’s safety in numbers, but saying no to meetings that aren’t absolutely essential will improve productivity throughout the day.

Sitting inside for hours on end in front of the artificial glow of your computer screen could be killing your productivity. Unlike vampires, humans need sunlight to for maximum performance. They also need breaks because energy isn’t infinite for mere mortals.

Taking breaks to get outside in the sunlight is a proven way to boost productivity. A walk out in the natural light helps to relieve stress, improve focus and reenergize the mind. Bonus: Soaking in sunlight will also help you rest easier at night no matter what’s hiding under your bed.

3. Treat Every Minute Like It May Be Your Last

When people’s lives flash before their eyes they usually think of all the things they didn’t do. Getting more done is a matter of making time. We’re not talking about making a deal with the devil to get more hours in the day. Being more productive by timeblocking your most important tasks is a much safer way to make every minute count.

If The Walking Dead has taught us anything it’s the importance of being prepared. When you plot out the course of your day you’ve got a plan of action that’s going to keep you focused on your main objectives and help you get more done in less time.

In scary movies people often make the mistake of running upstairs instead of out the front door when they’re being chased. All the distractions, like the chainsaw welding psycho, clutter the brain to the point that it’s not thinking clearly.

At the office there’s even more distractions like bone chilling water cooler talk, relentless emails and the vortex that is the Internet. Avoiding these sneaky diversions allows you to focus on a single task instead of juggling multiple things at once. If you follow The ONE Thing blog you already know how deadly multitasking can be to your productivity.

Imagine what would happen if Buffy the Vampire Slayer let her health slip. Being productive enough to protect the world from the undead is physically demanding. And let’s face it. In horror films the people that can run without getting winded have the best chances of survival.

The same holds true in the office. People who are in peak physical condition are more productive. They are mentally sharp from getting a good night’s sleep. They’re less likely to get sick and have work pile up. They’ve got energy levels that help them power through the day. When you have poor health habits productivity suffers, and your entire workday can unravel.

With these five tips you can take on all the terrors that are murdering your productivity. Have a productivity tip that’s so effective it’s scary? Share it with us on Facebook or in the comments section.

← Don’t Fall Back, Get Ahead this Daylight Saving Sunday 5 Living Lessons from Dias de los Muertos →