66 Day Challenge Tip #2: Creating a Contingency Plan for Your Goals 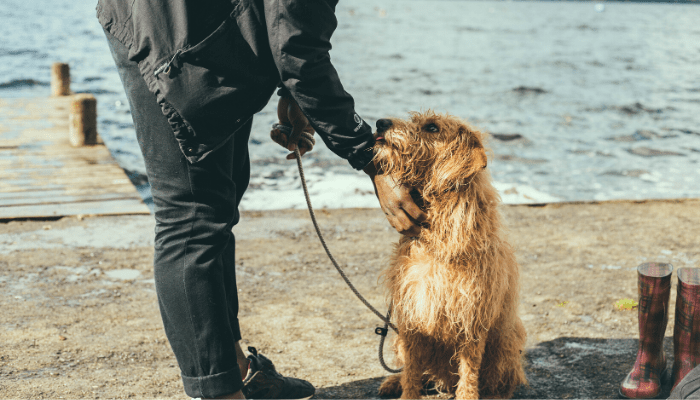 If you want to succeed, you need to think about failure.

Go ahead. I want you to visualize what it will be like when you reach the goal you’re committing to for your 66 Day Challenge.

Maybe you’ll have developed a habit of walking your dog for half an hour after you get home from a long work day – or, perhaps, you’ve committed to checking your credit card balance before you step out of the house in the morning in order to keep your financial targets in sight.

Now, take that mental image and get dramatic.

What if you have a meeting that goes afterhours, and when you finally manage to slink out of the office you discover that your commute is twice as long because the city has chosen today of ALL DAYS to fix a pothole? What if a road worker dug too deep and snapped a power line and all of the stoplights and streetlamps went out?

What would you do when you get home and Fido is whining for his evening constitutional? Well, if you’re committed to your 66 Day Challenge, you’d probably grab a leash and stumble out into the dark almost as soon as you walked through the door.

If you had a crystal ball, you would have likely formed a contingency plan. You would have thought about the obstacles or unexpected events that might keep you from maintaining your habit and acted to prevent them.

Instead of charging blindly into the night, you might have picked up a headlamp at Walmart before you stated the challenge so that you can stroll safely, keeping an eye out for any cracks that might break your mother’s back, no matter how dark it is outside.

When it comes to your 66 Day Challenge, it never hurts to have one (or several) contingencies in place just in case our initial plans fly south. They keep us prepared to handle both the expected and unexpected. By putting a little effort forward, we can sometimes avoid unnecessary obstacles.

But everyone out there doesn’t feel the same way.

For all of the good a contingency plan does for us, there are some who would have you believe that they make us complacent.

In a 2016 study that rippled its way through the business world, researchers at the University of Wisconsin-Madison conducted an experiment which seemed to prove that having a backup plan decreased the desire for success and performance. They offered some students a free snack if they were able to solve a word problem, and another group of participants were told that if they were unable to complete the task they would be able to get free food somewhere else on campus later that day. They concluded that if students are assured a reward regardless of their performance, they’re more likely to slack off.

Rather than accept the results of this experiment, we would argue that the promised snack didn’t amount to a contingency plan. In fact, it simply removed the need to have a plan entirely.

See, a contingency plan doesn’t guarantee success. Plan B can fail just as badly as Plan A. But, that doesn’t mean they leave you empty handed. With any plan you have, even a failed one, you’re given an opportunity to learn. Moreover, you’re given a fresh starting point for when you try again – a stronger launching pad should you need a Plan C.

No one needs the powers of a seer to create an effective contingency plan. The process of creating one is deceptively simple:

Being honest about the possibility of failure allows you to adjust your mindset so that you can be proactive about your obstacles, rather than just react when they appear. After all, you’ll have a better chance of success when the surprises that would otherwise ruin your challenge aren’t surprises anymore. Creating a contingency plan keeps your journey purposeful, and prepares you for the times that unexpected happens along the way and you have to regroup.

Taking control of your journey by planning for what can derail you allows you to tackle bigger and bigger goals. Download our 66-Day Challenge® calendar to help keep you on track should obstacles arise and surround yourself with gratitude and support in The ONE Thing community.