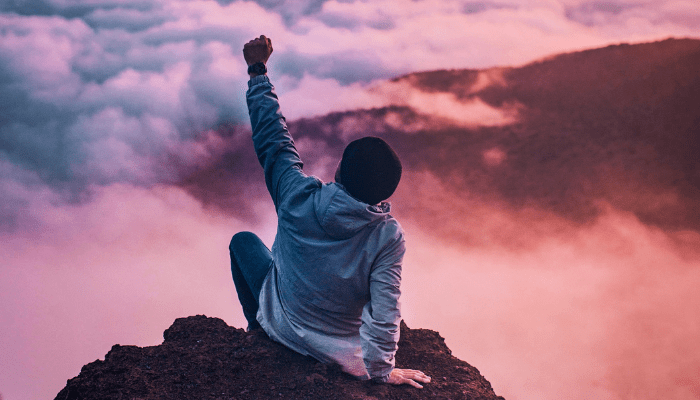 Habits are the backbone of our success. Every minute we spend and every decision we make either brings us closer or further away from our goals. Rather than relying on our will power and flickering motivation to push us into doing what we need to do, we should build habits that put those behaviors and actions on autopilot.

Since we first published The ONE Thing over seven years ago, a lot of new research has been conducted on how we go about building strong, positive habits. One key piece of research is the role our emotions play in habit formation.

We recently discussed emotions and habits with Dr. BJ Fogg, on our ONE Thing Podcast. The founder of the Behavior Design Lab at Stanford University, Fogg has spent an incredible amount of time diving into human behavior and habit formation. According to his research, the stronger our emotional attachment to what we’re doing, the stronger and faster we can form a habit.

As he outlines in the bestseller Tiny Habits, there’s a give and take between our motivation and the emotional reward we receive when engaging in a task. The greater the reward, the more likely we are to do it again. It’s this cycle of reward that initially solidifies the creation of habits. And as long as we feel like “rewards” are being received, we can better sustain our habit.

Break Habits Down & Treat Yourself

When focusing on building habits, it’s not a bad idea to home in on productive habits that get us excited. If we’re enthusiastic about the challenge and genuinely enjoy taking on the task, then we’re more likely to stick with it.

The trouble is, we can’t always control our motivation. Like we wrote in The ONE Thing, willpower isn’t on will-call. But that’s not to say there are little things we can do that will help us maintain interest.

One of the tricks Fogg recommends is celebrating small wins.

In order to celebrate small wins, we need to break apart our big goals into smaller, compounding milestones. Just as we do in Goal Setting to the Now, to create opportunities where we experience an emotional reward, we need to break it down into smaller steps instead of tackling a really big goal all at once.

In the same way, some habits are just too big to make happen in one go. For instance, aiming to build a habit of working out every morning before getting to work is going to be a lot to handle if:

By recognizing our challenges and breaking them down, we can find an easier path. In this instance, starting a habit of waking up earlier might be the cornerstone habit that inches you closer to your ultimate goal. Each morning that you don’t hit snooze then becomes an opportunity to celebrate, creating and feeding the motivation-reward cycle that could help you establish this goal for good. As Fogg explains, each incremental habit we build is a chance for celebration, and a new sense of achievement. If we reward ourselves for knocking over these dominoes—even the small ones—we’re more likely to progress toward our goal.

While we can’t always maintain a sense of novelty around an activity, we can help ourselves feel good about sticking with it. Whether it’s giving yourself a piece of chocolate, doing a little dance or patting yourself on the back, rewards play a crucial role in our ability to maintain interest.

Everyone, no matter how committed they are, has a threshold for how long they’re willing to go without a reward before they finally throw in the towel. Whether it be the excitement of finally finishing the race, or a strong sense of satisfaction for having made progress, we have to acknowledge all of our achievements—even our incremental ones.

One stumbling block toward success is viewing ourselves as failures if we haven’t yet achieved our biggest, most audacious goals.

To be clear, we love BIG goals. In order for us to reach our full potential, we have to be willing to think big and aim ourselves at some big targets. But while we should always keep an eye on our big, long-term goals, we shouldn’t use accomplishing that big goal as our measurement of success.

Think back to the earlier example of setting a goal to build a habit of waking up every morning and working out before work. If you’ve broken that habit down into two parts, are you a failure if you’ve successfully built a habit of waking up early? No! It means you’re succeeding your way toward your goal.

If you’ve read The ONE Thing, you know that on average it takes 66 days to build a habit. And if you’ve chosen to take on the 66 Day Challenge, where you commit to engaging in a routine activity over the course of two months to form a new, productive habit, then you know it isn’t easy. Depending on how engrained our old habits are, successfully completing the task each day can be regarded as its own victory. So, treat it like one!

How are you rewarding yourself after a small win? Join our Facebook community and let us know!