Drop the ‘s’ and Stick to One Resolution 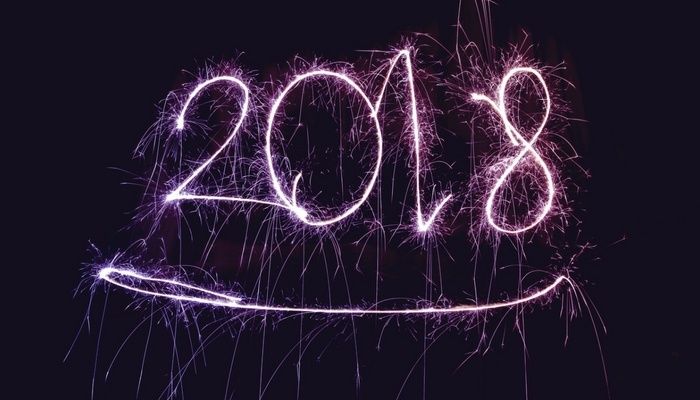 Since the creation of the calendar, people have been celebrating the end of one year and the beginning of another. As early back as the Babylonians, this tradition has included greeting each new year with a promise for the twelve months to come. Despite its long history, keeping New Year’s Resolutions proves tricky. According to some findings a mere 9.2% of Americans feel like they achieve theirs. So how do you actually go about accomplishing a New Year’s Resolution? Are they all doomed to fail?

This year don’t create a series of New Year Resolutions – try creating a simple Habit Resolution. A Habit Resolution functions like a theme for your year. It gives you a general goal to strive for without setting yourself up for failure all while maximizing your chances for success.

Most New Year’s Resolutions deal with health. Every year many of us promise ourselves we’ll lose those extra pounds or go on a diet. Come January 1st we all eagerly sign up for a yearlong gym membership. This will be the year we finally make things happen. We’re sure of it. But by Valentine’s Day we’re already losing steam. Why?

Resolutions boil down to creating a new habit. But habits aren’t formed overnight. They rely on a series of small changes over time—around 66 days. So, instead of setting a goal to be beach ready or lose a certain number of pounds, start small. Get a standing desk. Set aside an hour after dinner for a long walk. Institute Meatless Mondays. Or if you want to start working out, start doing it in small increments. Download a seven minute exercise app. As you get into shape, increase the time and frequency you work out. By the time February rolls around, you’ll already be in the habit of working out.. By creating a Habit Resolution instead of a signing up for a yearlong gym membership you’ll give yourself a solid start towards actual change.

The other benefit of a Habit Resolution is that it leaves room for growth. Often, we set our resolutions by predetermining a specific goal. Once we have reached that goal—if we ever do – we stop. Our success plateaus. Reaching a plateau is comfortable and safe, but often ends with us falling short of our potential. Creating a Habit Resolution means we shift the focus from a set goal towards mastery.

If you’ve set a goal to learn how to play “Mary Had a Little Lamb” on the piano, for instance, you could do it in a couple of months—maybe even in a couple of weeks. Congratulations! You can now serenade your little cousins! But, then what?  By shifting the focus from a set goal to a habit, you create the potential to move beyond playing “Mary Had a Little Lamb” and into the realm of Mozart. The important thing to focus on is that habit of playing. Even if all you do is set aside 35 minutes a week – a mere 5 minutes a day – you are creating the habit of playing. Therein lies the key to continual growth and accomplishment.

So, this year don’t just focus on crash diets that burn out by February. Create a Habit Resolution that gives you the tools to actually accomplish your goals! Need help with goal setting? Try our Kick Ass Guide to Goal Setting. And if you need help getting started on your habit forming, try our 66-Day Challenge! What’s your Habit Resolution for 2018? Visit our Facebook page and let us know.