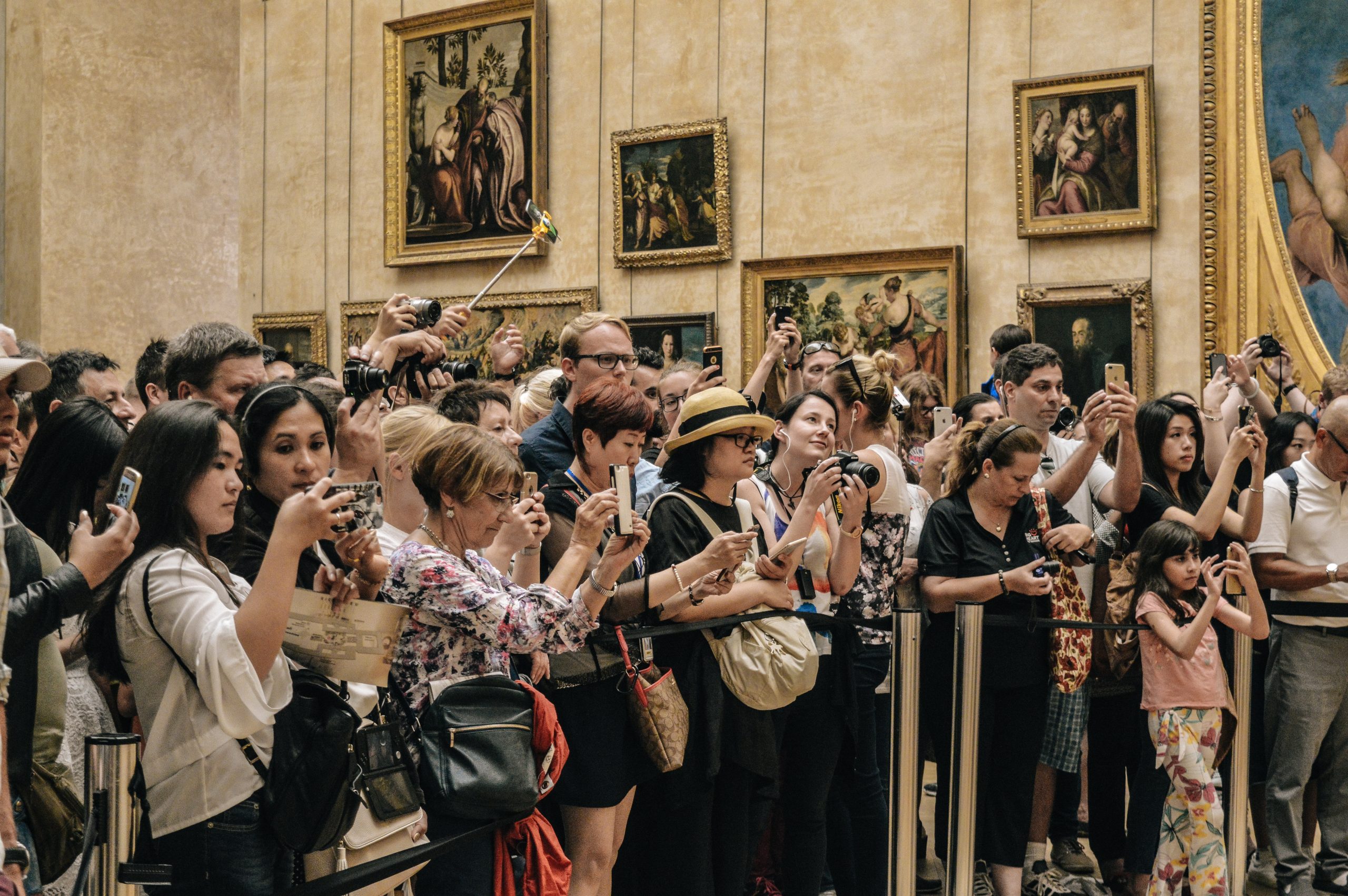 It’s hard to believe that it’s been over five years since the release of The ONE Thing. A lot has happened since then and new research has emerged around a ton of topics covered in the book—and that includes multitasking.

Since April, 2013, more than 5,000 articles have been published in academic journals related to our ability to multitask (as far as we can tell). Overall, researchers in the field still hold the belief that we, as human beings, are not designed to multitask. We’re mono-taskers, through and through. But despite all of the books and articles out there telling us we can’t do it, as human beings, we remain stubborn and continue to explore the mysteries on the other end of the second greatest question ever posed: “What if?”

Everyone wants to be an exception to the rule. And why not? If someone truly had the ability to think, process, and work through two different thoughts at once, they’d have a distinct advantage over the rest of the human race.

You’d basically be one of Professor Xavier’s prized X-men.

Instead of running through the thousands of studies, reports, dissertations, and essays published over the past five years that tell us, in all likelihood we’re no exception, we’ve decided to pull out a few interesting highlights that might help motivate you to stay focused on ONE Thing at a time.

What if I think I’m Multitasking, but I’m Really Not?

This little doozy is fresh off the presses, and it just about set the academic world on fire.

A group of researchers from the University of Michigan, Wharton, and Yale conducted 32 studies of just over 8,200 people and found that, while multitasking still isn’t a good thing, thinking we’re multitasking is.

In the report, the study’s authors brought up the point that we can’t actually “multitask”. But we still like to think we can. And whether we deem our actions or activities to be “multitasking” is often just a matter of perspective. Most of the time we’re just “task-switching”, moving between two tasks one at a time at a fast-enough pace that gives an illusion of multitasking. Other times, we can be focused on doing one thing, but it will feel so much like doing two things, that we erroneously call it multitasking.

With all of this in mind these researchers asked the question: “What happens when people think they’re multitasking when they’re really not?”

As it turns out, it can actually boost performance.

Multitasking is so taxing on our brains that even the thought of having to multitask puts them on full alert. If we’re doing a single task, but are somehow convinced that what we’re doing is actually more than one thing—we instinctively kick our efforts into a higher gear. In the report, the researchers spoke directly to their readers to offer an example:

“…if we were to mention that reading this article entails two distinct tasks (e.g., switching back and forth between the text and figures), to the extent that this framing would trigger a perception of multitasking, one should observe an improvement in performance (i.e., better comprehension).”

If you’re already engaged in a single task and then you suddenly are led to believe that you are, in fact, multitasking, the revelation would actually increase your engagement!

The lesson here is still that multitasking isn’t a good thing. But given the right situation, thinking you’re multitasking can be useful.

What if I’m a Woman?

When the book was first published, there was a common belief that women were better multitaskers than men. More recently that idea has been put to the test.

Earlier this year, one such study involving 144 participants tested the multitasking capabilities of both men and women in a digital, meeting preparation scenario. The participants were required to control an avatar and handle several tasks to prepare a room for a meeting while dealing with several distractions. The results showed no difference between gender lines.

We know there are a lot of hard-working moms out there who would say otherwise, but at this point in time, the odds seem to favor the idea that we are all equal in our inability to multitask.

What if I’m a Digital Native?

Even digital natives, those who were born into this technologically distracted age haven’t found a way to multitask effectively.

In a study of over 500 undergraduate students published in 2015, researchers found that students who chatted online while watching videos couldn’t do either very well. More than that, multitasking between the two killed their interest of either one.

Motivation is a fickle thing.

They also found that daily exposure to media multitasking was negatively related to retention. In other words, the more you do it, the worst—worster—wursterr—ah, heck—it makes you dumb!

What if I’m only Distracted by My Phone?

There’s no question that smartphones have contributed to more multitasking within our daily lives. They’re the ultimate distraction in nearly any given situation.

Not long after The One Thing was released, the National Safety Council began a study on automobile related injuries and fatalities and concluded that mobile phones were the cause of more than a quarter of all car accidents within the United States. In fact, 48 states now have state-wide restrictions regarding cellphone use while driving.

While texting and talking while driving receives most of the attention related to the down-sides of multitasking with our phones, a study released a couple of years ago provides evidence that it may be just as harmful for those who can’t even get their license yet.

In a study of 73 8th graders living in the greater Boston area, researchers concluded frequent media multitasking—texting while watching TV for instance—was associated with poor performance on a variety of measures and activities including standardized testing for English and math, executive function (working memory capacity), and a lack of a growth mindset.

In other words, not only do children who engage heavily in media multitasking perform poorer academically, they’re also less likely to believe that they can even improve.

What if I’m Only Distracted by Social Media?

About a month after the book came out, an article was made available to us on the dangerous mix of multitasking and social media.

The skinny on this study is that those who had built up a habit of task-switching between their studies and Facebook had lower GPAs than those who avoided entirely or distracted themselves with some other shiny bauble.

This shouldn’t come as some kind of a surprise, either. We talked about it in a blog post a couple of weeks ago.

What if I’m Smarter Than You?

Well, as it turns out, if you’re going to multitask then it doesn’t hurt to have a big brain.

A 2015 study found that students with a high working memory capacity—the ability to retain short-term information—was indicative of higher performance when multitasking.  However, that result didn’t necessarily hold true when it came to making breakfast.

In a virtual simulation that required the students to enter the kitchen and churn out a good old fashioned American breakfast by cooking everything at once, they found that working memory only got you so far. As it turned out, the raw intelligence of a person fared better in the planning stages, but failed miserably with the rest of the exercise—you know, the part where you actually had to start doing something.

So, next time you have all your burners on at the same time, remember to cool it, egghead. We’ll admit that you might be able to multitask better than the rest of us, but you’d still be better off not doing it at all.

What if I Just Find Multitasking Pleasant?

Some people just like to multitask. We get it. There’s a real allure to it. Every time you do it and fail, there’s always that hope that maybe next time, things will be different. The thrill of the chase can feel kind of pleasant.

Throwing results out the window, if you find your multitasking habits to be pleasant, you might be inclined to refuel with healthier foods.

That’s what a recent study found on the topic.

If you’re multitasking in a way that is pleasant—perhaps listening to an audio book while driving or singing while playing an instrument—then you’ll find yourself more likely to choose a healthier snack for yourself when you have to replenish your depleted reserves. However, that’s kind of an exception. While multitasking, we’re actually more likely to find ourselves munching on junk food.

Overall, multitasking isn’t a pleasant experience. And when we multitask, our emotions are often negative, which makes it harder for us to resist comforting foods. The added stress of doing something we don’t enjoy on top of the already energy-demanding requirements for multitasking is just too much for our willpower to handle. You might recall a similar study from the book involving our willpower and our ability to resist tempting junk-food—or better yet, our willpower, energy levels, and how likely we are to grant a prisoner parole.

Hopefully by this point you’ve come to the realization that the Russian proverb at the beginning of The ONE Thing still holds true:

“If you try and chase two rabbits, you will not catch either one.”

There’s a physical limitation that prevents us from multitasking. And when we try to do it anyway, the results are often more disastrous than if we’d just stuck with doing ONE Thing at a time. But more than that, multitasking and doing it on a regular basis is a habit with consequences that bleeds into other aspects of our lives. It’s best to just stay away from it.

If you’re having trouble kicking the habit of multitasking (or any of the other productivity myths explored within the book), it might help to download and print out this little resource and hang it up near your work space. It’s our hope that this poster can serve as a small reminder of the commonly held beliefs that get in the way of our productivity. And when you find yourself at your most vulnerable, that it will give you the nudge you need to get back on a more productive track.