Four Habits Every Boss Should Build in Their First Year 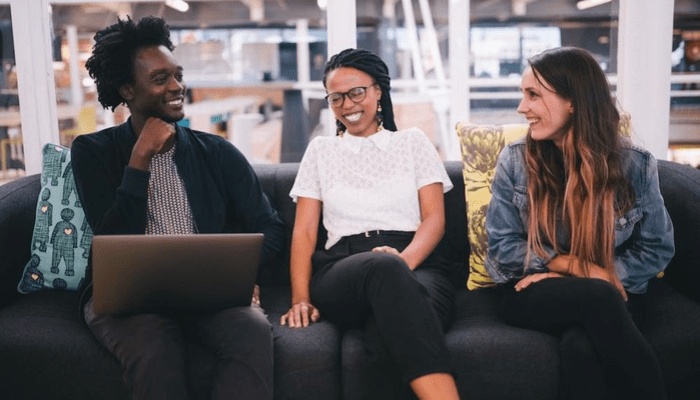 Being a good manager is no easy feat. Not only do you have directives from above to follow, but you have a team of people who are depending on you to make good decisions and guide them. We may sometimes picture Steve Carrell’s role as the bumbling boss of Dunder Mifflin in The Office as the quintessential boss. But in reality, the actions a manager makes has an impact on many people in their orbit.

It isn’t only good managers that stand out and influence a team. Bad managers do too, though for opposite reasons. As Melanie Curtain aptly describes in Inc. Magazine:

“The truth is, the employee/manager relationship is one of the most critical at work. If you don’t like or trust your manager, you’re not only less likely to be productive, but you’re far more likely to quit. The old adage is true: People don’t quit jobs, they quit managers.”

Gallup’s study of more than 7,000 individuals backs this up, concluding that that one in two employees have left their job to get away from a manager during their career. So, if you’re looking to make a positive impact on the people who report to you, it’s important to make sure you’re developing the habits that make you as strong a boss as possible.

The Habits of Great Managers

Some managers simply inspire us to want to be our best. When it comes down to it, these are the managers we most want to be around. Gallup reports that those employees who are most engaged are those who believe their bosses are open, approachable, and help them set work priorities and goals. With that in mind, we suggest that if you’re a manager or striving to become one, consider developing the four habits below over the course of the next year.

Communication is the foundation for any relationship, whether it be personal or professional. In a work setting, it’s important to know how you best interact with others – and how they best communicate with you.

We suggest taking the time to complete an honest expectations exercise with the members of your team.

Through questions such as “How do you win/lose with me?,“ you’ll explore what workplace behavior jives with your personality and what feels like nails on a chalkboard. In turn, you’ll learn the same answers for your teammates.

The beauty of taking the time to learn this information on the front end of a relationship is that you don’t have to wait for difficulties or tension to arise in order to figure out how to work together. Rather, you’ll learn preferences, like Ed really hating being cold-called for his opinion in meetings, on the front-end. That way, you won’t have to deal with the aftermath of easily avoidable workplace snafus.

Habit 2: Learn about the people on the team

Peter Economy asserts, “leadership is a people job.” Management is far more likely to be dealing with people issues on a day-to-day basis than they are with company-wide initiatives. Therefore, it’s essential to embrace and develop the human aspect of the role.

To do so, let people see your personality. I don’t know about you, but I always feel closer to someone when I learn about their quirks and they learn about mine. My teammates know that I have a soft spot for reality television, true crime, and chocolate (not in that particular order), and I feel more connected to them when they point out a new podcast they think I will like or bring in a sweet treat that they know I’ll enjoy. Letting your team see your personality so you stand out as more than a cog in a wheel is key to helping them connect in the workplace.

Studies show that employees that hold regular meetings with their managers are almost three times as likely to be engaged than employees who don’t.

Consistent one-on-one communication is essential for building stronger relationships with the people who report to you. The key to setting regularly scheduled meetings is keeping them. Sure there are times that things will come up, but when your team knows they can count on not being bumped from your schedule, they’ll be more likely to feel that you are connected to them and care about the work they are doing.

It’s also important to have daily communication in addition to standard meetings. It doesn’t have to be a daily sit down, but face-to-face, phone or electronic communication is important to enable your team to feel that you’re approachable with questions that may arise.

Habit 4: Incorporate the 4-1-1 into the way your team operates

When you’re meeting with your direct reports, it’s important to have a planned format that keeps the meeting running smoothly week after week. This way, neither you nor your employee is as likely to get held up in the minutiae that can take over agenda-less meetings.

Although the 411 may technically be a part of Habit #3, it’s so important that it deserves its own heading.

The 411 is a one-page document where you lay out the top priorities you wish to achieve during the course of the year, the monthly goals that will keep you on track for accomplishing the annual goal, and the weekly goals that will help you reach your monthly and annual targets. Asking your team to organize their weekly, monthly and annual priorities around the 411 is an easy way to achieve success.

When you use a 411 in your weekly meetings, you’re agreeing to a set of priorities that have been put in writing. Then, you’re working together to determine the best way to achieve them. At the most basic level, a 411 helps to align everyone in the same direction. Using the 411 as a guide for discussions in the weekly one-on-one meetings help to bring clarity to each teammate’s role, improves their performance and provides greater accountability.

It’s important to remember that the 411 isn’t a to-do list. It’s the furthest thing from it. The only things that belong on the 411 are those things that, when completed, will be part of a succession of dominoes that when achieved, help you to live the biggest life possible.

Management is no walk in the park. But an honest look at the traits you focus on developing combined with an active approach to developing these key habits will help you improve your management skills and become a boss that no one wants to leave.