Here’s Why it Pays to Be Late 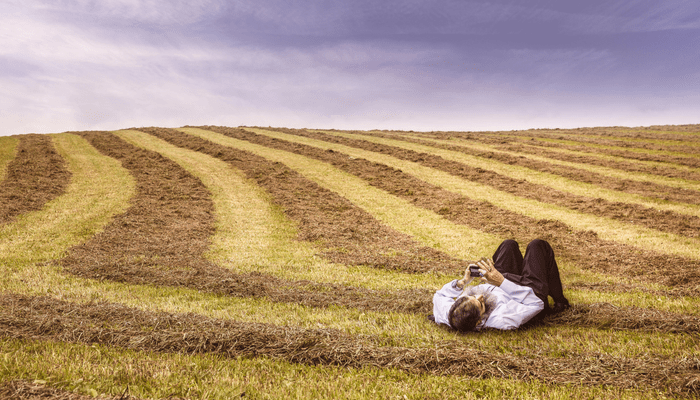 Today is National Be Late for Something Day. We expect that half of our readers will pump a triumphant fist in the air, while the other half will roll their eyes. It’s important to find what works best for you, and of course, there are benefits to both tardiness and timeliness.  But today, we bat for Team Tardiness. We take a look at three kinds of lateness—procrastination, daily tardiness, and big picture—and how you can benefit from each.

Often, creativity emerges over time, and procrastination could be seen as biding your time for creativity to emerge.

Putting off a project until the juices start to flow is not a new concept. Bestselling author Adam Grant discussed how his most creative student often said she gets her most creative ideas from procrastinating in a recent Ted Talk. She organized a study and found that those who procrastinated a creative task with games ended up with significantly more creative ideas than those who immediately began the task. Another study corroborates this, determining that our first ideas are much more conventional and less creative than those we have later on.

So while you may think that putting the pedal to the metal is the best way to get something done, in some situations, you may actually benefit from holding off for a little while.

Stay in Bed, Wake Up for Success

It’s better to have an effective morning routine than a rushed one, yet many recommended routines require us to rise at dawn—and for some of us, that just isn’t happening. Conventional wisdom would have us believe that the old “early to bed early to rise” adage rings true for us all, but the effectiveness of one’s day sometimes lies more in consistency of routine than the time we get out of bed.

It’s certainly true that we are our most productive and focused in the first few hours of the day, but our wake-up times vary from person to person. You’ll be more effective by following the pattern that’s right for you, than forcing yourself to fit into one that fights your natural circadian rhythm. It’s better to design a schedule that you can consistently maintain, rather than one that will falter after a week. Just make sure you’ve communicated with others at work so your most productive schedule won’t hinder someone else’s.

If You’re not First, You’re Smart

In the big picture, it can pay to be late to the game. An innovative idea may have beat you to your market, but first ideas are rarely the ones that succeed on the largest scale. That’s because groundbreakers are punished for their mistakes, while second-comers capitalize on them.

Facebook thrives while Myspace continues to search for air, largely because Facebook was given a roadmap on what not to do. In every capacity, from page design to platform use and ad targeting, they were able to see what worked and what didn’t. Former Myspace head Mike Jones said as much when he explained, “Facebook ‘perfected’ the social networking concept, whereas Myspace just introduced people to it.”

In addition to learning, arriving late to the game ensures you get things done right because it gives you more time to perfect your art. The Titanic made headlines as the largest “unsinkable” ship, but sadly the methods that accelerated its unveiling also led to its quick demise. Brittle material and flaws in watertight design led to it quickly sinking, and an insufficient amount of lifeboats led to preventable deaths. Its tragedy, however, also led to a reexamination of large ships, and resulted in safer use for everyone.

Sometimes, being late can be just what we need.

Are you on Team Tardy or Team Timely? Let us know on our Facebook page!

← Decision Triage – Invest Time in Critical Decisions and Save Time on Trivial Ones Five Tasty, Super Foods Your Salad Can't Live Without →