How Harnessing the Right Mindset Can Help You Overcome Frustrating Obstacles 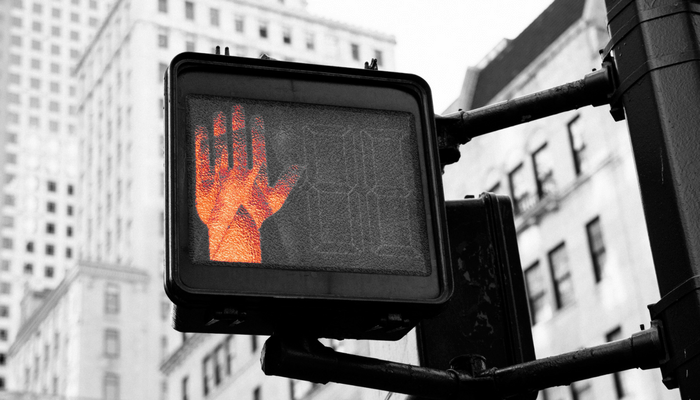 When we’re hard at work on our ONE Thing we’ll inevitably come across an obstacle so large and powerful it leaves us completely frustrated. In that moment, instead of giving up, it’s important to recognize that just beyond the roadblock is something valuable. It may be difficult to see at the time, but our perseverance and effort is worthwhile.

The path of personal development and achievement is littered with barriers. But the mind-numbing frustration these obstacles cause is often a sign that we’re doing the right thing. That’s why it’s important, when we feel stuck, to check where our mindset is.

The amount of frustration we experience is dependent on our mindset. “Finding the right mindset” isn’t just some feel-good advice, it’s actually a recognized phenomenon in a growing field of psychology. When looking at the type of mindsets we can adopt when approaching goals, Dr. Carol Dweck says there are three different mindsets worth noting: proving, avoiding, and mastery.

A “proving” mindset means we treat goals as an opportunity to puff out our chest and impress other people. An “avoiding” mindset means we treat our goals as a way to keep others from challenging our competence. In other words, it’s a frame of mind developed from setting easy goals and knocking them down so we won’t feel threatened by the judgement of others. It’s only with the third type of mindset, which Dweck also refers to as “mastery goal orientation,” that we can find true growth.

Simply put, people with this mindset are not afraid of failure, because they see it as the path to getting where they want to go, and aren’t generally concerned with how others will judge their actions. This type of mindset keeps them moving forward when others give up. For instance,  one study of 460 graduate students found that those with higher levels of mastery goal orientation were less frustrated with larger workloads than their avoidance-based counterparts. In some cases, researchers found that the more work these mastery oriented individuals took on, the less frustrated they became. Instead of stressing, they saw each opportunity as an exciting new challenge and a chance to grow.

Success isn’t perfect, and imperfection can create frustration. No one can see into the future and know all of the things they’ll need to overcome before accomplishing their ONE Thing. But if we’ve lined up our dominos to the best of our ability and have given ourselves a glimpse of the path ahead, we can be assured that the obstacles we face will leave us more prepared.

Thomas Edison once said, “I haven’t failed. I’ve just found 10,000 ways that won’t work.” This is a quote worth repeating—not just because the outlook is insightful, but because of who said it. Not many people have the willpower to fail 10,000 times at something, much less have enough motivation and energy to make nail their goal on their 10,001st attempt. But Edison wasn’t a normal person—he was an inventor. And when great inventors set out to hit a bullseye, they don’t just blindly throw darts at a dartboard, they also measure the mass and aerodynamics of the dart thrown, the velocity with which it left the hand, and the weather conditions that may have altered its flight path.

They don’t do this because they’re meticulous, they do it because they understand it matters. If they are going to succeed, they have to first understand why they’ve failed and take into account what they’ve learned. Instead of fixating on what they wanted to happen, they take stock in what has happened. When we line up our failures and lessons, we get a clear picture of the actual progress we’ve made and the path we need to take to move forward. (This might also explain why history is riddled with so many inventions that were made by mistake.)

Act and Then Track

The best way to adopt a mastery-mindset is to first: act and then: track.

Sometimes we’re so focused on our expectations, that we miss our results. Our actions provide us the opportunity to learn, but if we fail to keep track of our accomplishments and failures, it can be easy to get frustrated with what we perceive as a lack of progress. The best way to avoid this feeling is to put your goals under a micro-scope and reduce your actions and results to numbers.

Here at The ONE Thing, every goal we set corresponds with a number. For example, if our big goal is to “lose weight”, we aim to “lose five pounds”. In addition, the tasks necessary to accomplish our goals are also equated to numbers. So our dominos involve goals such as “eat 2,000 calories a day” and “exercise five times a week”. These goals can be broken down even further to “prepare fifteen healthy meals on Sunday” and “run in the park for 30 minutes Monday through Friday.”

The further we drill down, better. Even if we don’t end up hitting our ultimate goal, by keeping track of the numbers, we eliminate the risk of feeling at a stand-still. When it comes to keeping track of our goals, we like to use the 4-1-1. This tool is simple and easy to use, and it helps keep us accountable. If you’re having trouble overcoming an obstacle in your path, we highly recommend using it in conjunction with our free guide to goal setting. Together, these two work to not only keep you focused on what you need to do to succeed, but to also take pride in what you’ve accomplished.

← Signs You've Lost the Respect of Others What Not To Wear: Why Your Wardrobe Choices Matter More Than You Think →