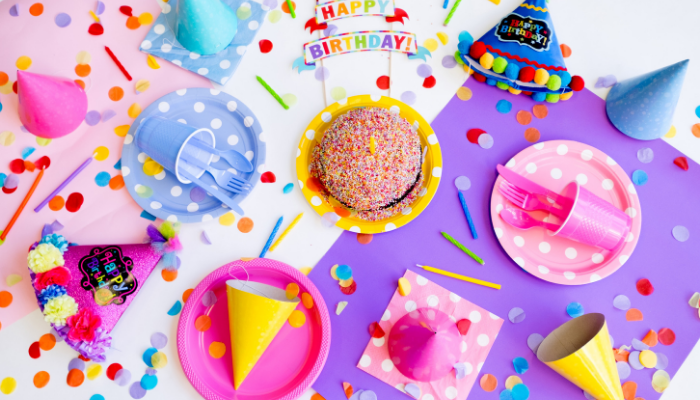 This week we’re celebrating the eighth anniversary of The ONE Thing on bookshelves everywhere! As our vibrant community has shown, The ONE Thing offers different words of wisdom for every reader. Each time our team reads the book, some of our most familiar phrases or sentences can mean something different to us, based on where we are in our lives. And we doubt we’re the only ones who feel that way.

Today, in honor of The ONE Thing’s 8th birthday, we wanted to share what resonates from the pages of the book for us. Maybe something new will stand out to you too!

When asked what pops for him, Gary recalled a quote from the very first chapter of The ONE Thing:

“Where I’d had huge success, I had narrowed my concentration to one thing, and where my success varied, my focus had too.”

For Gary, this quote speaks to the truth about focus. When we allow our sights to widen to multiple things, he says, “the more our concentration isn’t really concentrated at all.”  However, when we determine what our priority is, we can then line up our dominos and clearly determine what we need to focus on right now in order to eventually get everything we need done. Gary emphasizes that “doing the most important thing first is the key to massive success.”

Jay’s most meaningful quote jumps off the page at the beginning of Chapter 12, The Path to Great Answers. Here, the words of Australian actor and author, F. M. Alexander, stand out:

Jay uses this quote to key in on the idea that when we decide which habits to instill in our lives, we can proactively determine what our future will look like. In other words, regular, habitual action inevitably leads to the outcomes that we are looking for. And as Jay happily says, “In this crazy world, people need clarity more than ever. I’m glad our book is providing that for many.”

Publisher of The ONE Thing, Ray Bard, Thinks About Dominos

When our publisher, Ray Bard, thinks about the concept that resonates most with him, he points to The Domino Effect. It’s an approach for determining first what your priorities are and then attacking them one by one until you’ve accomplished your goals. It’s about action and responsibility. For Ray, the final line of the book is the most powerful: “You are the first domino.”

Geoff knows that many of the tenets of The ONE Thing are both inspirational and helpful for those who apply it to their lives. However, it’s the concept of “Think big, go small” that he finds to be one of the most meaningful. He knows that people tend to be good at thinking big. Most of us like to set big goals for ourselves. But what Geoff believes we struggle with is figuring out what to do first – that first domino – to accomplish that larger goal. After all, it’s hard to trust that by starting with one small thing, we will start to see momentum and movement toward doing the next necessary thing in order to truly achieve our bigger goal. We tend to have a hard time understanding that if we stick with accomplishing smaller pieces of the goal, over time, other pieces will start to fall into place.

As Geoff explains, “People are good at thinking big, some know how to go small, and few know how to trust that the dominos will fall.”

What resonates most with Kaelyn right now admittedly didn’t resonate with her the first time she read it. And there is nothing wrong with that. Perspectives shift as we do. As she tells us, her current favorite quote is from the section on blowing up your life in the chapter Big is Bad:

As Kaelyn describes, she didn’t really put too much stock in the concept of thinking big at first. She didn’t think the concept applied to her and hadn’t yet bought into the idea that she personally deserved it.  She was afraid that allowing herself to think big would come at the cost of sacrificing her self-described scrappiness and easy-to-please contentment. And she was afraid that her ability to see the silver lining and appreciate the little things in life would evaporate if she started to imagine more possibilities for herself.

However, today she sees The ONE Thing’s advice differently. She says, “In time, I’ve realized that the gift of thinking big doesn’t come at the cost of gratitude for what we have. It simply means we can be confident in our capacity to grow more, learn more, and be more. It gives us permission to unlock potential and strive beyond what we know is possible to discover what actually is.”

Our senior editor April tells us that she finds the most impactful concept of The ONE Thing to be the idea that success is sequential and builds on itself. As we discuss in the book, success is like a giant chain reaction – one success begets another. And when we succeed at the first priority on our list, we’re more likely to succeed at the next one as well.  As April explains, “Whether you’re setting goals or just trying to find that first domino, the idea that little actions cumulatively have big results gives me a lot of hope and drive.”

Garrett’s favorite quote in the book stems from the six lies that keep us from living our ONE Thing:

“Willpower isn’t on will call.”

Garrett recognizes the truth of this statement in his own life. He shares, “As someone whose ADHD is constantly at odds with his passions, I’ve had to learn that I can’t just expect to ‘get in the zone’ later. Whenever I have the willpower to do something I have to take advantage of that moment or else it’s lost.”

Understanding how critical willpower is to his own success resonated with Garrett so much that he even had this quote lasered into the neck of a guitar he built. Talk about a constant reminder to embrace your ability in the moment and not bank only on your future self!

It’s easy to get bogged down trying to do everything. All too often, we put time and effort into things that end up not being important and that don’t move the ball forward. Madelaine recognized this happening in her own life and has benefited from joining two concepts of the book into one cohesive idea: trying to figure out what matters most in her life and saying no to the things that don’t.

She explains, “As a human who wants to be helpful, and as a woman, I definitely still struggle with saying ‘no’ to things at times. Before, it was incredibly common for me to feel overwhelmed trying to make sure everything anyone ever asked me would happen. I’d end up burned out or feeling exhausted because I was trying so hard to make all of it work. So learning to realize that it’s okay to say ‘no’ to certain things, because not everything matters equally was a big change. It helped me rethink why I said ‘no’ and why saying ‘no’ even mattered to begin with.”

Nuggets of Wisdom are Everywhere in the Pages

As the primary researcher for The ONE Thing, I’ve spent a lot of time diving into the concepts the authors wrote about over the years. And yet, my favorite aspect of it remains the same no matter where I am in my life’s journey. Goal Setting to the Now, the practice of determining the end result we want and then working backward to see what we need to accomplish this year, this month, this week, and today, in order to accomplish it, remains my go-to for goal achievement. I’ve used it time and again in different parts of my life, whether to help me increase my activity level or to break a work project into more manageable pieces. And it’s helped me to make the goals I have in every aspect of my life more achievable. For me, using Goal Setting to the Now simplifies my thought process and allows me to zero in on what’s most important in the moment to achieve my goals.

What concepts or quotes from the pages of The ONE Thing have helped guide you the most? Help us celebrate The ONE Thing’s birthday by telling us what inspires you on our Facebook page!

← Now More Than Ever, We Need to Say "No" Finding Your ONE Thing Is a Journey →