Knowing When to Say No: A Lesson from Atari 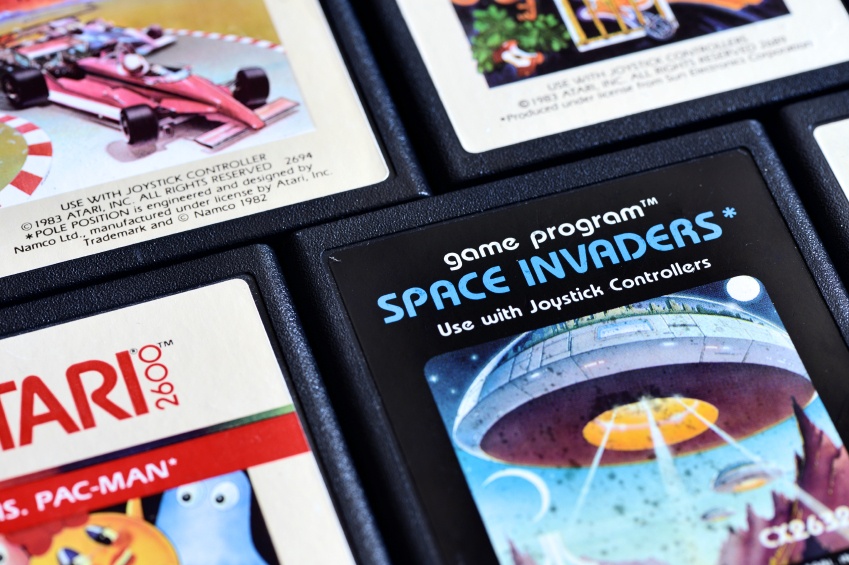 Current events and cultural trends can propel a business forward or hold it back. In some cases it can do both. That was the fate of Atari.

If you were born in or before the 1970s, chances are you’re familiar with Atari, the famous gaming console that launched the multi-billion dollar video game industry. However, few people outside of gamer fanatics know the details of the company’s undoing. This National Video Game Day you can tell others the story of how the cultural phenomenon of E.T. helped bring down an industry giant.

Why Tapping into Outside Pressure Requires Careful Treading

Atari’s meteoric rise was a blend of innovation and tapping into pop culture. At the time that Nolan Bushnell and Ted Dabney developed the game Pong, pinball was all the rage and coin-op video game machines were just beginning to take off at local arcades. It was an instant success that surpassed all of Dabney and Bushnell’s expectations.

Atari was able to target the growing gamer market. However, the big move came in 1976 when they developed the Atari 2600 personal gaming console, which finally gave people a way to play their favorite games at home. Because making and distributing such a product requires a serious investment, Bushnell and Dabney decided to step down and sell Atari to Warner Communications rather than take it to market themselves. Like Pong, the gaming console was a major success that positioned Atari as the fastest growing company in the U.S.

Many people assume Nintendo entering the market in 1989 is what caused Atari’s demise. In truth, the downslide for Atari began years before in 1983. In late 1982 Atari was approached by Universal Pictures with the impossible task of creating an E.T. the Extra-Terrestrial game before the Christmas shopping season – that was just a few months away.

Most Atari games took half a year or more to create a concept, develop the game, test it and launch it. With just five weeks for development and production, Atari executives and famed game designer Howard Scott Warshaw knew the monumental challenge, yet decided to move forward with the project anyway. They let the cultural importance of the moment override their judgment. They said “yes” when they should have said “no.”

Under typically circumstances, this project would have been an easy thing to say no to, but Universal Pictures wanted to capitalize on the amazing popularity of the E.T. movie, and Atari couldn’t resist getting the opportunity to do the same. They lost focus on their ONE Thing of creating innovative games and instead banked on the movie’s hype to sell the product.

Miraculously, they were able to actually create the E.T. game on time. But as expected it wasn’t the best game that Atari had produced – not even close.

Here we have a perfect storm. The E.T. movie had been so phenomenal and became such a cultural hit, that anything short of a spectacular game was going to pale in comparison. Making matters worse, Steven Spielberg himself hyped up the game as the best thing since sliced bread. Children across the country eagerly waited for Christmas so they could help E.T. phone home.

Even Atari’s stellar reputation and cultural clout couldn’t salvage the situation. Millions of games were sold, but people were so disappointed the vast majority were returned. The expectations were so high because of the movie that the game was destined for failure. The cultural significance was so huge that decades later people who’ve never seen the game, let alone played it, consider Atari’s E.T. game to be one of the worst products in video gaming history.

Learning to Say “No”

Like we talk about in The One Thing, it’s important to learn how to say no to projects that conflict with your ONE Thing. No matter how appetizing some opportunities appear to be, sometimes saying “yes” when we know the correct response is really “no” can lead to our undoing.

Atari never fully recovered after the E.T. debacle, and it became the poster child for the Gaming Crash of 1983. The company lost hundreds of millions of dollars and competitors were beginning to win over Atari’s customer base. Over the next six years the company ceased production and slowly declined.

But the story has come full circle. Atari’s cultural significance was much larger than the company itself. It’s so engrained in American culture that people who were born long after the company closed its doors know of Atari.

Even the E.T. fiasco has become legend. The documentary Atari: Game Over explores the rise and fall of the famous gaming enterprise. The movie delves into the circumstances surrounding the making of the game and the urban legend that Atari dumped thousands of copies of E.T. in a New Mexico landfill.