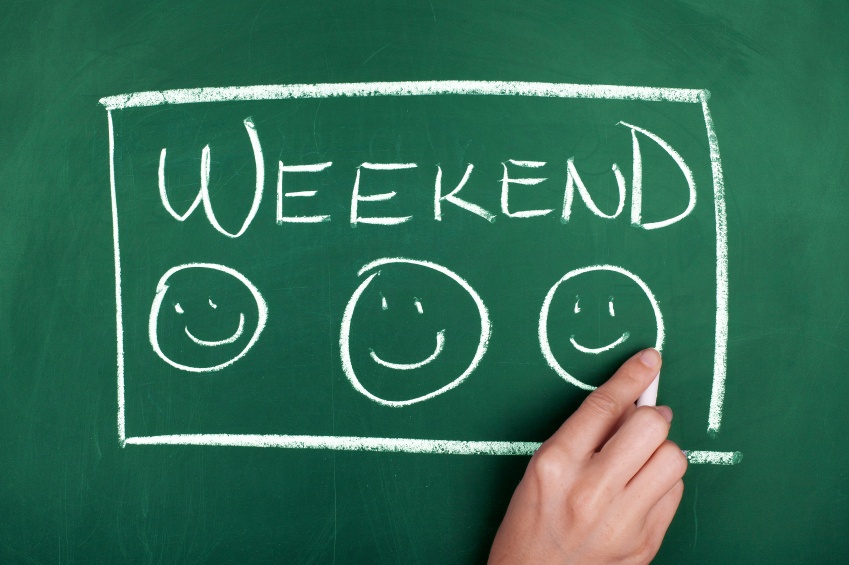 More and more, work seems to be creeping into our weekends. But just because we’re plugged into work on our days off, it doesn’t mean we’re getting more done. Actually, it could mean we’re not being as productive as we could be during the workweek.

There are a number of factors that have contributed to the weekend work epidemic gaining steam: the ease of taking work home thanks to PCs and internet connectivity, competition in the workplace, and an increased feeling that our work and personal identities are inherently interrelated.

One thing is for sure, weekend-work cuts into our much-needed family time.

The Mental Hurdle of Having to Work Weekends

The Department of Labor’s American Time Use Survey found that workers are spending roughly the same amount of time in the office during the week; however, 35 percent more people are now working on the weekends. A total of 34 percent of the workforce spends time working on the weekend, including 43 percent self-employed individuals who punch-in their time on Saturday and/or Sunday.

One of the main reasons for this weekend work mentality seems to be that people feel the need to keep up with others. They feel like they should be on top of work even during their time off,because others in the office are doing it. Even if they are simply signing on to check work emails, more and more workers are on call, no matter the day of the week. And it’s often a pressure that workers are putting on themselves, not necessarily something that’s coming from management.

The problem is weekend work doesn’t directly correlate to productivity. Working a weekend every now and then if you have a big project and tight deadline is understandable,but making it a habit is just that – a habit. Too much emphasis is being put on getting everything done as soon as possible rather than tackling work tasks strategically by prioritizing “to-dos”.

Another problem is burn out. Workers that are always “on” can maintain that pace for only so long. Most successful people understand the power of taking time off. Rested, relaxed individuals not only function better, but are more productive when it counts. Taking pride in hard work is admirable, but overworking yourself is counterproductive. Keep your workweek priorities from getting mixed up with your weekend priorities. As we’ve told you in The ONE Thing, when you’re supposed to be working, work, and when you’re supposed to be playing, play.

Tips for Taking Back Your Weekend

Once you get over the mental hurdle of feeling like you have to work on the weekends, the next task is actually making your weekend work-free. That starts by getting more done during the week.

Increase Productivity While You’re at the Office

The easiest way to increase productivity during the workweek is to minimize distractions. Get a pair of headphones to drown out the workplace noise. Shut down the smartphone and email while you’re in the middle of a task. Take a short break during each day for a quick walk outside to re-energize yourself. Focus on ONE Thing at a time instead of trying to multitask.

You may be surprised how much time during the workweek gets wasted on distractions. By making each minute of a regular workday more productive, there’s a possibility you’ll get more done in five days than you would in seven.

Not long ago, we discussed how to turn your “to-do list” into a success list by prioritizing instead of treating everything equally. Order the items on your list each workweek so that the most important things get tackled first. You’ll be able to head out the door with a clean plate and clear conscience on Friday afternoon.

Putting your time off on your calendar is a critical part of mastering a work-free weekend. Make an official appointment with yourself or with friends and family. By doing so you’re making your weekend free time a priority.

It may sound crazy, but make it a rule that for at least a portion of the weekend, electronic devices are turned off and tucked away. Just think back to those days when you were a kid without the shackles of smartphones, laptops and tablets. You survived without devices then, and you can totally do it now.

Give Yourself Free Time to Think About Anything, Including Work

We do some of our best brainstorming and decision-making when our minds are clear and we’re relaxed. Many of America’s most successful entrepreneurs say taking time off to recharge and think freely is an important part of their weekend. Make time for activities that naturally give you the chance to let your mind wander. And if your thoughts drift to something work related? Don’t despair. Just jot the thought down and pick it back up on Monday.

When you plan for a work-free weekend it gives you something to work towards and look forward to during the workweek. That alone can be motivation enough to get more done before the start of the weekend.

What does recharging your batteries on a weekend feel like for you?

← Why Checking Things Off Your List is Making You Less Productive at Home Where to Find Your Parenting Mentor →
We use cookies to ensure that we give you the best experience on our website. If you continue to use this site we will assume that you are happy with it.OkNoPrivacy policy