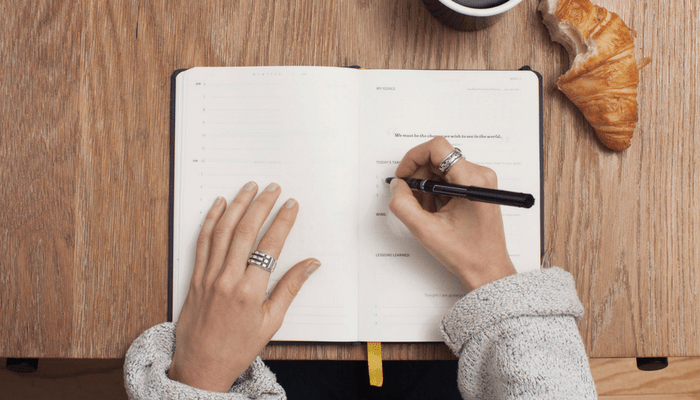 Here at The ONE Thing, we are always looking out for new research that can impact our productivity and help us accomplish our goals. And when new research comes out that matters to us, we want our readers to see it, too.

One of the Six Lies we discuss in The ONE Thing deals with willpower. Contrary to what many of us would like to believe, the book explains how willpower has a limited battery life, fueled by the food we eat. Rest assured, the idea that “Willpower is Always on Will-Call” is still exactly what we said it was – a lie that keeps us from success. But recent research shows that our relationship with willpower isn’t only about our body’s physical consumption of this resource. It has a psychological aspect as well. To explain what this new research means for you, we first need to take a step backward and revisit what we know.

For almost two decades, the accepted belief has been that willpower – a person’s ability to exert self-control — was determined by the body’s physical consumption of glucose. This process was generally known to researchers as the “Resource Model” and it explained how our bodies consume glucose when they need to use willpower. Glucose levels would decrease after being used, and result in less self-control available for use at a later time.   In fact, it’s safe to say that the body’s consumption of glucose was believed to be the main, if not only, factor impacting self-control.

But recent research paints a slightly different picture. While the body’s physical consumption of glucose is still believed to influence self-control, psychologists and scientists no longer think it is the only contributing factor.  They’ve now introduced what they call the “Process Model” to explain the waning of willpower. Unlike earlier studies, which pegged willpower as a finite resource, the Process Model believes that our level of self-control varies depending on what we’re experiencing and how we feel at a given point in time. As Michael Inzlicht of the Toronto Laboratory for Social Neuroscience put simply: “We suppose the link between glucose and behavior is more complex than the one-to-one relationship implied by the resource model.”

So how do these psychological factors – motivation, attention, and mindset – play out to impact someone’s level of self-control? Motivation impacts a person’s willpower by influencing how enticed they feel to behave in a certain way. In other words, once you’ve used your willpower to do something that requires self-control, you are less likely to want to use your willpower to the same extent again. Consider a time you got into work to find that you had a meeting first thing that morning. Early morning meetings aren’t your favorite way to start the day, so you exert a great deal of effort to stay focused and make sure you’re a contributing member of the group. After the meeting is complete, you don’t feel motivated to show the same sense of willpower again. So when you sit down with your teammates next to discuss the status of an ongoing project, you allow yourself to be less present and use the time to check your email or your task list of things to get done for the day. Rest assured, this discovery that motivation plays a part in our willpower doesn’t signal the end of willpower as we know it. Instead, try learning to recognize and “ride out” the bad feelings that come with a lack of motivation.

Attention, or a change in the signals from the brain we notice and focus on, also impacts how a person’s willpower may ebb and flow. After you’ve used your willpower once, you are less likely to notice the cues your brain is sending to indicate the need for self-control and are more likely to notice cues associated with rewards instead.  Picture the dedication you showed to complete a difficult project. Now that it is finally finished, you may be less likely to listen to the voice in your head telling you to get a jump-start on the next project, and instead you choose to listen to the voice that tells you to leave the office early to reward yourself for a job well done. However, if you can remind yourself that this feeling is temporary, you will be less likely to leave work early, and instead take a break and get started on the new project.

Remember Carol Dweck’s famous research on the growth mindset that we introduced you to in The ONE Thing? It turns out she’s been studying how mindset can impact willpower as well. Dweck and others have found that a person’s personally held beliefs about willpower can also impact their self-control. In other words, if you think your self-control will wane, it will. And if you think your self-control will remain intact, it will.  Perhaps, for instance, you spend the first two hours of your morning time block calling your database, lead generating for business. It’s hard work and because talking on the phone isn’t your favorite task, you personally believe your willpower must be depleted as a result. So instead of spending the remaining time doing what you set out to do – lead generating – you decide to spend the rest of the time “getting organized” by tidying up the files in your office space and cleaning out spam from your inbox. You could have continued lead generating successfully if you hadn’t told yourself you didn’t have the willpower to continue. With a nod to Henry Ford’s famous quote, whether you think you have self-control or you don’t — you’re right. It all comes down to mindset. Recognizing how our mindset impacts our willpower can help inform how we approach the moments in our lives when we need that power the most.

Start with baby steps. For instance, if you know it will be virtually impossible for you to keep your willpower in check to focus for 4 hours straight – try focusing for an hour with the idea that you’ll build on that over time. As you experience success, your confidence will grow and you can start dedicating larger and longer blocks of time to your most important work.

Each of these factors can influence your willpower, just as your body’s use of glucose can. And make no mistake, when your willpower runs out, your ability to accomplish your ONE Thing is diminished. That means it’s as important as ever to decide what matters most and dedicate your willpower to it. Willpower is an incredibly effective tool for achieving your goals and we hope these new insights will help you take advantage of it even better.

What tricks of the trade do you employ to manage your willpower?