Stop Stalling and Get Going for 2020 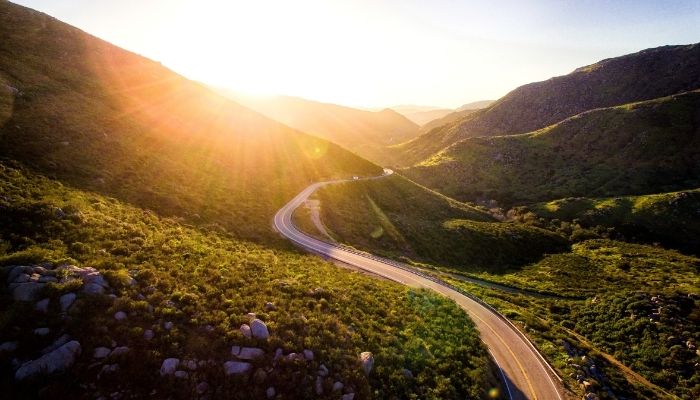 January is an inspiring time of year. We’re coming off the holidays, our outlook for the future is at an all-year high, and we’re armed with a bevvy of resolutions to make good on. But often, the biggest hurdle we face when starting new challenges is planning ahead.

Knowing that we want to create new habits or try new things, but being unable to take the steps to get there is a common problem. In fact, it’s so common that psychologists have a term for the phenomena: the intention behavior gap.

The intention behavior gap occurs when we make explicit decisions to change a behavior, but never follow through. It’s the new planner we fill out with plans, but stop using a month into the New Year. It’s the gym membership we buy and never actually get around to using. The habit we try to form but give up within a few weeks.

This gap falls in part of The Transtheoretical Model (TTM) of Behavior Change – which we’ve discussed before. Developed by James O. Prochaska and Carlo Di Clemente in the 1970s, TTM breaks down change into five stages (the possible sixth being “relapse” – but let’s avoid that):

For many of us, all of our good intentions end up stuck in the precontemplation and contemplation stage. So how do we move to that next step?

That’s when it’s time to really dig deep and learn to fully leverage a 411.

A 411 is designed to help you keep track of all of our weekly, monthly, and annual goals. It breaks everything down methodically so there isn’t a single moment of confusion on what we need to do to succeed. And it extends well beyond personal use, too.

What a 411 does is allow us to gain clarity about our goals, our priorities, and what ONE thing we must do in order to get where we want to go.

For instance, if you’re wanting to run a mile in a certain period of time – don’t just try running a mile. Instead, try and figure out what your 2-inch domino is.

If you haven’t gotten off the couch in a while, trying to dive straight into running is a surefire way to fall short. Instead, try walking a quarter of a mile in a set amount of time. Then half a mile. Three quarters of a mile. A full mile.

After that, repeat the process but run a quarter and then walk a quarter.

Keep building up, one milestone at a time, until you are able to make the whole mile.

By breaking down a bigger goal into smaller, more manageable pieces it makes it easier to visualize, make an action plan, and tackle goals. The 411 helps us focus and move beyond the intention behavior gap and toward success.  It allows us to turn our thoughts and ideas into something actionable, measurable, and doable.

Pictured below is an example of what your 411 might look like, if you want to use our template, you can get it here. If you want to create your own, feel free to do so! What’s important is that you have all of your goals on one, single page with your personal and professional goals listed separately. 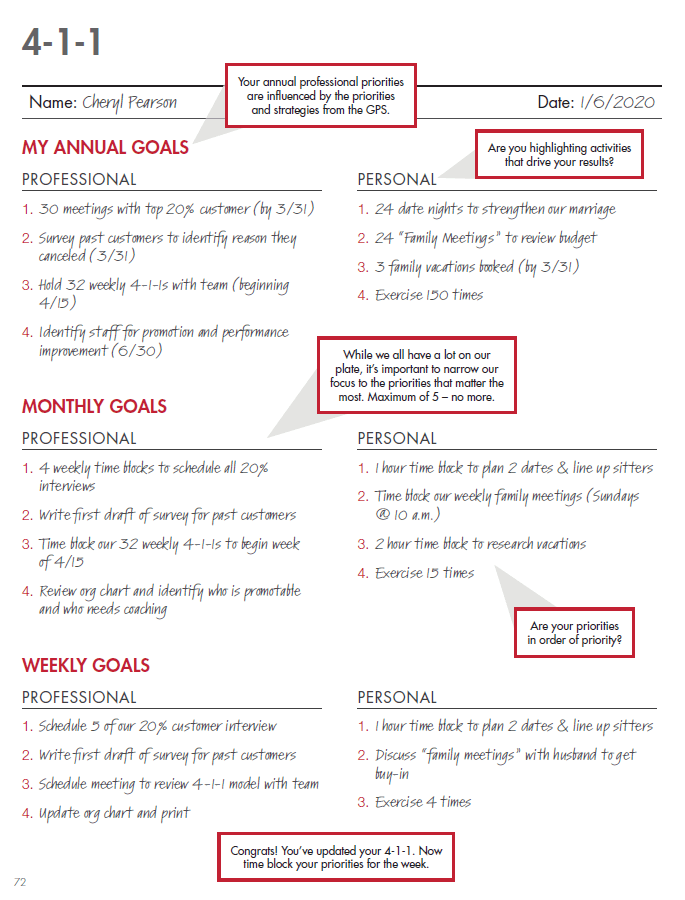 Featured in The ONE Thing Planner.

What are some other ways you get organized and prepped for the New Year? Let us know on our Facebook page!