The Power Behind Letting Your Actions Speak For You 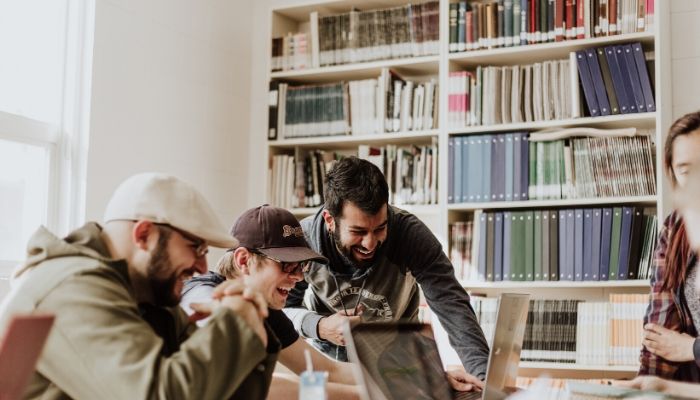 New Years is often a time when people commit to things – going to the gym, changing their diets, getting up earlier in the morning – because we find ourselves reinvigorated by the thought of a shiny, fresh start ahead of us. And with the growth of social media, there are a million different ways we can share our aspirations with one another. But, more often than not, we end up losing steam almost as soon as we’ve started sharing our new #motivationnalmonday selfie of the new year.

And there’s a reason for that.

Research has shown that sharing our goals with others can, in fact, have a negative impact on our overall motivation to stick with it. When we shoot photos of our new healthy breakfast bowl or talk about our plans to kick a bad habit with others, the positive response we receive in return provides us with an unintentional reward. Being congratulated, feeling the excitement of others at what you plan to do—all of these things give us a sense of achievement without having done anything at all. Internally, our brains take that reward and say, “Why go through the hard work of making it happen? You’ve already been rewarded and you didn’t have to lift a finger!”

He created cards and, for anyone interested, would send them a blank card where they could make and keep a promise. It wasn’t something to be flashy or shared, simply a place where people would take the time to commit to a goal or idea in private. The simple idea grew exponentially, and to date he has personally sent out over 10 million cards. Each one a tiny piece of accountability.

One of the major problems with keeping promises, Sheen tells us, is the way we use technology. Modern platforms make it easier than ever for us to make promises – and that changes what a “promise” actually means. He says:

“I think there’s a couple of things that are changing almost the market conditions of promises. What is pushing more promises to be made or kept or broken? What are the dynamics of the culture around them in the United States and in the world that are affecting the thought of being a person of your word? And one of those things which may not be obvious is technology.

Technology makes it very easy to make promises. For example, let’s say someone invites you to a party or something, and they create a Facebook event and you just easily click ‘yes.’ The easier it is to communicate a promise, the more promises you’re going to make. The easier it is too eat donuts, the more donuts you’re going to eat. That’s just human behavior. The more available something is, the more you’ll probably do it.

So, being able to just say yes through emails or clicking buttons – making promises doesn’t even take words anymore. It doesn’t require looking someone in the face and saying it to them. It’s a lot easier than that. So, on the other side of that, when it comes time to either fulfill the promise or break it – how much easier is that to do?”

Instead, Sheen encourages people to rethink how they view a promise. For him, there are two key elements to any promise: it must be a thought-out statement, and it has to require some sense of the future.

1.      Turning Promises into Statements of Intent

Like we said, saying “yes” can be easy. Saying “no” can be hard. But making sure we are committed to our promises requires more than a simple one-word answer. Sheen wants people to write their commitments or promises out in the form of a full statement, because that means we’ve taken the time to fully engage with the idea. It gives us the time to stop, think, and really make sure what we’re about to say “yes” to is something we have the willpower and time to fully commit to. And if, after writing it out, we realize that we can’t keep that promise – don’t make it. This is part of a “four c’s” that Sheen goes through whenever he’s about to make a promise: catalyst, contemplation, communication, and commitment. The catalyst is the question or idea – the thing that could be promised. Before we agree to any promise, though, we need to take a moment of contemplation and a bit of communication – both with ourselves and those around us. Once we’ve communicated that, yes, we are making a promise to do something – then we commit. And there’s no shame in saying “no” to something. Instead, our time is better served finding the things we’re fully committed to saying “yes” to.

The future can feel like a burden. Responsibility looms further ahead as we get older. The weight of that responsibility influences how we think about promises. For Sheen, promises are a way to soothe anxiety because it’s a way of “predicting the future.” In a sense, when we tell someone that we’ll do something, we’re committing to a vision of the future. Whether that’s a vision for ourselves or something we’re promising others, it’s important to understand what that commitment means.

The next time you’re thinking about making a promise, use it as an opportunity to do some goal setting to the now. If you’re wanting to commit to something, and you’re worried about getting it done on time, ask yourself the focusing question:

Breaking up promises into smaller, more manageable parts will help you do the things you need to do now in order to stay on track for keeping any promises you’ve made.

The important thing is to make sure we’re being thoughtful and intentional with the goals we set and the promises we make. While it can be easy to click “yes” to a Facebook invite, or post about all of the goals we want to tackle – the actual day to day monotony of commitment can be a grind that leads us astray. But breaking things down into smaller, more manageable tasks can help us push through and fulfill our commitments.

Find the Right Kind of Accountability

We don’t mean to say that you shouldn’t share your goals with others – you should. No one succeeds alone. The point is to make sure we’re getting buy-in and support from people who will actually enable us to achieve our goals. That means, instead of blasting our goals out to random strangers or Instagram followers who will give us a momentary boost, we need to share goals with an accountability partner.

Be it a friend, coworker, mentor, or loved one, sharing our goals with one or two people who won’t congratulate us, but push us to fulfill our promises, is the only way to make BIG things happen in our lives. Instead of allowing us to slide, good accountability partners keep us on track, and help us maintain momentum on days when we’re feeling down.  They’re with us every step of the way, telling us what we need to hear, not what we want to hear.

It also means avoiding the wrong types of people: excusers, blamers, victims, and grabbers. These are the kind of people who don’t believe in accountability. They would rather come up with excuses for their lives, blame others for their mistakes, constantly play the victim in all situations, and take credit for the work of others. These are the kinds of people who will derail our progress and try to break us out of an accountability cycle.

To be accountable means creating an environment of accountability. That means actively choosing to surround ourselves with people who will support us. And most of the time, those people are already in our lives. The next time you feel like you’re needing a boost to get through the grind, don’t pull up Facebook or Twitter. Instead, grab a cup of coffee with a friend or mentor. You’ll get a sense of accomplishment, stay on track for your goals, and get the added bonus of spending time with someone important.