Unleash Your Inner Underdog, Your Success Depends on It 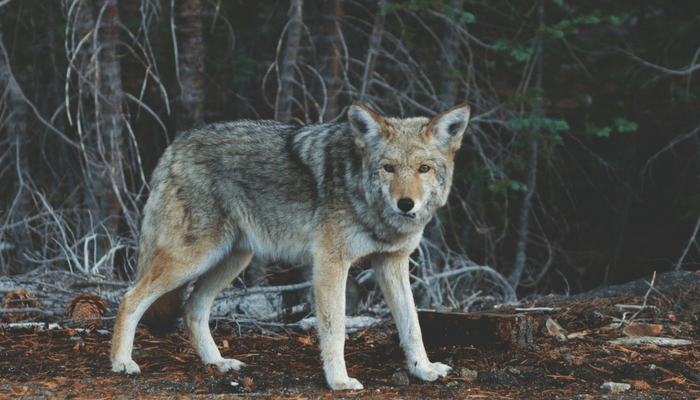 Whether it’s a rookie fighter taking down a heavy weight champion, a Horatio Alger who overcomes poverty, or a dark horse candidate going the distance, we all find ourselves rooting for the underdog. They’re the gritty, nose-grinders who remind us that the impossible is sometimes possible, and if we put our minds to something, there’s no limit to what we can achieve. When it comes to our own lives, we should do more than just cheer them on, we should strive to be them as well.

Our success depends on it.

Stand up to Your Goliath

Everyone is familiar with the story of David and Goliath. But if you aren’t, or if it’s been a while, let’s catch you up.

In a legendary standoff between the armies of Israel and Philistine, a behemoth soldier named Goliath challenges one lucky Israelite to a one on one, high stakes fight. If Goliath wins, Israel falls under Philistine rule. If by some miracle he fails, the Philistines will bow down to Israel. The Israelites were wise enough to see the merits of avoiding a full-scale war, and took him up on his offer. But given the size and reputation of Goliath as an ill-tempered brute, no one jumped into the ring. In fact, forty days pass before someone steps up and willingly answers his call: David, who by all means, was just some dude.

David was a small sheep herder by day, and shield bearer for the king (Saul) during times of war. He couldn’t wear any armor because there wasn’t any around that didn’t make him look like a child wearing his father’s clothes, and he refused to use a sword based on principle. Needless to say, everyone feared for his safety.

Before heading off to the fight, David’s king pleaded for him to reconsider. But David turned his back to him and while walking against the sunrise said, “No, I’ve got this. I’ve killed lions and bears before.”  And while Saul’s mind started to explode at the revelation, David stopped, turned his head and added “With my bare hands.”

Some say Saul’s mind is still orbiting Earth this very day. But even with this new information about David, things didn’t look very good for him. Everyone knew it but him, really. Goliath was the full-on equivalent of an ancient battle tank, after all, whose name would one day go on to mean “giant”. David didn’t care though. In spite of the odds, he stepped into the ring and met the towering Goliath face to face — and we’ll end the story right there. The point of recounting this ancient tale isn’t to remind you that the little guy can pull off a miracle. It’s to ask you this important question: With only the information provided above, whose shoes would you rather be in, David or Goliath’s?

It’s not really a question, it’s a statement. The answer is Goliath — hands down, every time. Sure David’s a good guy who works hard and has been known to take down a dangerous animal or two. But Goliath is a natural — the top dog. He’s the ruthless killer who uses the bones of his enemies as toothpicks. There’s no way anyone in Vegas is betting against him.

But David wins. And there-in lies the problem. We want David to win, but we don’t want to be him.

We have to want to put everything on the line. We have to want to toil in our own blood, sweat, and tears. We have to be willing to go through the pain of transforming ourselves into something new — something better. We can’t take the path of least resistance, we have to find resistance and take it on, head first. (You know, all of those things you could imagine an American Gladiator yelling at you while watching you work out.) We have to be willing to go toe-to-toe with Goliath, not David.

If we want to live the greatest life possible, we have to want to be the person who has room to grow. We can’t live our lives acting like a natural. You have to become something you’re not.

You have to become the underdog.

The quickest way to make yourself the underdog is to challenge yourself with a BIG goal. By setting your sights on something larger, you’re making yourself smaller and giving yourself room to grow. In order for this trick to work, you can’t just set any arbitrary goal. You have to set a goal that is centered on something you’re truly passionate about.

The hero of every great underdog story is fueled by purpose. They wake up in the morning and the first thing they think about is what they can do that day to answer to their purpose. Because if they don’t, they just might explode.

More often than not, that purpose is channeled through the pursuit of a single goal. For Rudy Ruettiger it was to fulfill a childhood dream and play football for Notre Dame. For the British and French armies cornered by the Nazi blitzkrieg at the battle of Dunkirk, it was to survive long enough to cross the English Channel and keep hope alive for an allied victory. Once you’ve figured out your purpose, the BIG goal you need to set your sights on will become clearer. And once we become focused on achieving it, that motor within us will push us forward.

If you don’t know what your purpose or BIG goal is, we’ve put together a free workbook to help you out on your search. If you’ve gone through that workbook and your purpose still isn’t clear, the best thing to do is to try different things, take chances, and put yourself out there. When you find it, you’ll know it. You’ll constantly be thinking about it, and your life just won’t feel complete without it.

In the words of Mark Twain, “The two most important days in your life are the day you are born and the day you find out why.”

Once you’ve found what your purpose is, and have figured out how it will manifest itself into a BIG goal, it’s time to get focused.

While your big goal is your end result, your ONE Thing is the action you need to take to get there. Like uncovering your purpose, finding your ONE Thing isn’t always easy because it requires us to challenge ourselves with an important question:

“What’s the ONE thing I can do, such that by doing it, everything else would be easier or unnecessary?”

The underdog lives to answer this question because underdogs don’t tarry with things they would like to do, they exist for action. By asking yourself the Focusing Question, you’re taking the first step from being a person with a dream, to a person who is trying to make their dream become a reality. But once you know your ONE Thing, the planning doesn’t stop there. Nope. Big goals require us to take a big path.

There’s a reason why in every boxing movie, the movie doesn’t begin with the prize fight. If you’ve set a truly big goal, it will force you to grow because you aren’t the person who can achieve that goal yet. You have to become that person. You have to earn the right.

Underdogs don’t win because they show up. They win because they’ve taken the steps that lead to their success. They’ve gone on a journey filled with ups and downs, workout montages, and moments of rejection that get them ready for the big dance. Even David had to work up to Goliath with bears and lions and such.

Your BIG goal isn’t just one obstacle. It’s actually several smaller goals and obstacles that will prepare you for the path ahead.

In order to chart out that path, you have to do a little bit of planning. Lucky for you, we’ve created a process for breaking down even the most audacious goals into manageable pieces. This guide will walk you through everything you need to do in order to find out what your first step toward achievement should be. Once you have the plan in place, then you just need to get to work.

Wrong. If you’ve noticed a trend here, nothing about being an underdog is easy. When you go after a big goal, you’re going to be tested. There are going to be moments where you feel like throwing in the towel and long for the way your life used to be. In moments like these, it becomes evident that you can’t do it alone.

Beside every great underdog there’s a sidekick, a mentor, a trainer, or an accountability partner who helps keep them on their journey. Rocky didn’t cry out “ME!” after going toe to toe with the greatest boxer in the world at the end of Rocky, he slurred out “ADDRIIIAAAAN!” Athletes don’t give themselves a Gatorade bath after winning a championship, they give them to the coaches. Derek Redmond didn’t cross the finish line alone during the Barcelona Olympics, he finished the race arm in arm with his father.

Sorry if you clicked on that last link, it was a real tear-jerker. Enough with examples though, you get the point.

If you’re serious about doing something big with your life. You’ll need to get serious about finding big people to share it with. Becoming purposeful and seeking out those who will help shape you into what you need to be to succeed is an absolute necessity. No one succeeds alone.

It’s Not About Winning

If you successfully change your mindset and take on the persona of an underdog, you’ll find that it’s not about winning. By going out on a limb and chasing down your dreams, you’re forcing yourself to be better than you were when you started. The end goal isn’t the reward, it’s how the pursuit has changed you.

The challenge with success however, is satisfaction. If you win, you can’t stay complacent. You have to continue to challenge yourself and be willing to be the underdog all over again. Because the moment you lose that edge, you’ll risk becoming the top-dog. And top-dogs are prey to the underdog. Success is a vicious, unrelenting cycle.

That’s why we have to stay hungry, friends.