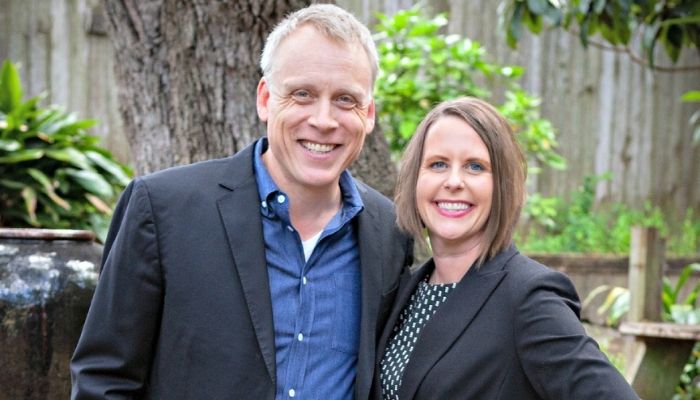 There are points in life that inextricably change your priorities. For Wendy and Jay Papasan that change came in the form of their children.

“When we had two really young children,” notes Wendy. “There was probably some kind of disconnect between us and our priorities because we had children. And our children are just sixteen months apart… when you have children your thinking about life tends to shift a little bit.”

Shifting priorities, because of children or any other reason, is often a sticking point for many couples. In fact, numerous studies have shown that how we jointly deal with our changing priorities can have a direct impact on the longevity and happiness of our relationships.

That’s why Jay and Wendy decided to take the time to create a retreat where they center themselves and focus on their shifting priorities and goals – both as a couple and individuals. “It was just a way for us to connect and get on the same page,” says Wendy.

At first, they needed to create a framework for getting themselves to discuss their evolving goals. At the time, Wendy had just become a stay-at-home mom, while Jay continued to work. Their lives, once linked by a mutual purpose, were beginning to go in slightly different directions. With increasingly different schedules, they found time to sit and discuss things without distractions difficult.

“Really what I did that first time was try and create a framework,” Wendy says. “Just create a space for us to think about it.”

They both began doing research and dreaming up the kind of space they wanted to create. They imagined a place where they were away from distractions, where they could ask pointed questions about their personal and professional goals, and home in on their new set of priorities. The answer: a hotel room.

Each year they book a local hotel room and spend a few days really connecting with one another. They come prepared with spreadsheets of information about their businesses, a about their goals, and questions for one another. Away from their children, and professional and personal responsibilities, they’re able to focus on what matters most.

One of the biggest benefits of their goal setting retreat was having the ability to track their accomplishments – or failures – year after year.

“I’ll go back to the financial, because that was where my head was pretty early on,” Jay says. “The idea of establishing passive income and building real wealth for our family was a really cool idea that we both agreed to buy into, but it didn’t really feel possible.”

Despite their own misgivings, they made wealth building an important part of their goals. Over the next several years they purchased ten properties in the Austin area – and before long, they were earning $75,000 in passive income a year. “Doing basic things like tracking our net worth made that happen so much faster than we ever imagined.”

“When we set those big goals, I really didn’t believe we could accomplish them,” Wendy adds. But by committing to meet, share goals, and strategize they were able to accomplish everything they’d set out to achieve during their first goal setting retreat. By articulating their desires and creating plans to jointly achieve them, they were able to identify metrics they could keep track of that would hold them accountable throughout the year.

“Even if you don’t believe in the outcomes, if you do the activities the outcomes will often show up,” Jay says.

“Each year because we’d done one thing and figured out how to do the planning around that, we go to add another one the next year. And we got to layer on and layer on,” says Jay. Much like building cornerstone habits,  each goal we accomplish unlocks new possibilities for more. “We have all of these little areas that we set goals in now, and it allows us to get clarity around areas we didn’t even envision.”

By learning to create a framework to measure their goals, they’re able to plan for accomplishing more things together. This also helps them when the unexpected arrives because it helps them simplify the complexities of life. Take, for instance, their joint health goals. Are their plans for working out disrupted? Of course. But that’s okay. They just need to make up for the hiccup next week to stay on track.

No man is an island. And when it comes to accomplishing goals in life, we can get more done when we share our goals with the people who matter to us the most.

As a married couple, Jay and Wendy make their relationship a priority. It’s a jumping off point for creating growth in their lives. But the truth is that you can have a goal setting retreat with anyone you care about – friends, children, or even business partners. The important thing is to take the time, find a framework that works, and help each other accomplish more than you ever thought possible.

Interested in learning more about setting goals with others? Check out our  Goal Setting Retreat, coming this November.