Why a “Culture Fit” Isn’t Always That Great 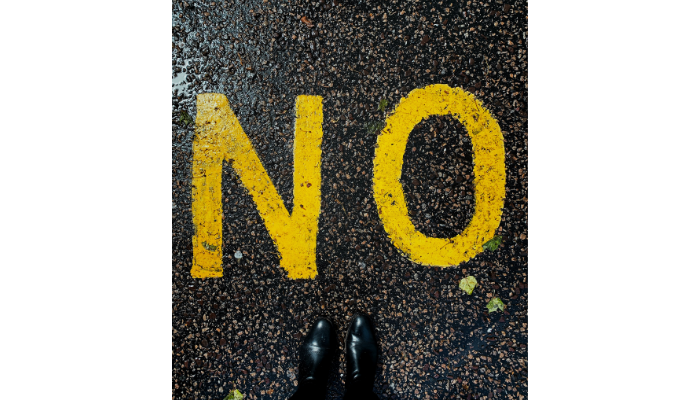 “We hire for culture fits.”

What is a culture fit?

There are different definitions out there, but one of the most common definitions is, “does this person think like us and act like us?”

Asking this question when looking to build a new team or hire on more members has always been viewed as helpful – but that’s not always the case.

Instead of using the term as a way to identify the values we want our company to hold, we sometimes use “culture fit” as a weapon to put people into line when our culture shifts underneath us. But change isn’t always a bad thing, and the change that occurs may just be what you need to stay competitive. Maintaining a homogenized work environment, where diversity in the way people think and act, is prohibitive for any organization’s vitality. In fact, many companies like Facebook, are starting to realize its shortcomings, and are now banning hiring managers from using the term “culture fit” all together.

The Ups and Downs of Conformity and Nonconformity

The Harvard Business Review published an article in late 2016 entitled, “Let Your Workers Rebel”. The author, Francesca Gino, studied over 2,000 employees across various industries and assessed their feelings about conformity in the workplace. She found that nearly half of the subjects felt like there was an implicit need for them to conform and that more than half of the respondents reported that no one in their organizations ever questioned the status quo. This cost companies in the long run, because forcing conformity by hiring similar individuals is detrimental to the atmosphere at work.

Are people who bend to the cultural tide always good for the mission of a company? Not when motivation, production, innovation and employee satisfaction is at stake.

You could say we need to lose the culture fit trope and promote nonconformity, but there’s a method to this madness. Nonconformity is not helpful in an environment where chaos reigns and work doesn’t get done.

This is where Ira Chaleff, president of The Institute for Business Technology, found himself when he realized that his company was producing unproductive and uninspiring meetings. He complained to the president, but nothing got done. So, he realized he needed to take it into his own hands. He assumed responsibility and challenged the status quo. His solutions were met with a warm reception and his suggestions were implemented to make their meetings more productive.

The benefits to doing so speak for themselves. As Gino describes, “employees can behave in nonconforming ways that will…lead to higher performance, creativity and promote innovation in the workplace. And for sure, this will help with reducing stress levels significantly and increase motivation.”

We can put these general suggestions into action by introducing something new to the organization and doing it in a way that is non-intrusive, non-aggressive and by proving that it works.

Anyone Can Make Change

The principles and tools in The ONE Thing are great resources for giving you the map to instituting constructive change in any organization.

Many readers come to us saying that they love our ideas and have implemented them in their lives with great results, but don’t think they can bring them to their own workplace. They say their bosses don’t understand it, their coworkers are against it, or the culture won’t support it.

In response, we tell them to pick ONE Thing, do it well, and show that it really does improve your productivity.  For instance, if you’ve found great results with implementing a 411, bring it into your workplace. Start writing out your 411 and sharing it with your boss. Ask them if they have time to sit down with you for fifteen minutes so you can show them your road-map for the week, month, and year. Then, go out and accomplish what you set out to.

By writing out your 411 and sitting down with your boss to show them how you’re coming along, you’ll be instituting a way in which you can demonstrate progress to them. Those meetings, short as they may be, can be a great tool to have regular communication with your managers that you may not have otherwise.

You don’t have to be a long-time employee to make change work. Sometimes, the best change happens when someone new comes in and sees what’s working and what isn’t with fresh eyes.

Lance Gibbs’, in his book Not My Circus Not My Monkeys, describes a case in which the new guy ended up changing a whole department for the better. Gibbs interviewed Dawie Olivier who had taken a job at Westpac, a banking institution in New Zealand.

Dawie was hired to work on the technology side of the company, but he quickly realized that it was pretty dysfunctional. Employees were unable to work because they didn’t have the proper technology. Dawie knew things needed to change, but Westpac was a 150 year old company in one of the most change-averse industries you could imagine.

So, instead of trying to influence overhauling everything, Dawie introduced one thing to the teams at Westpac: the fail fast method.

This method gives employees permission to try and fail quickly on their way to finding proper solutions. At Westpac, failing fast had not been implemented. Instead, all the engineers would work on a project and release it at the end of the quarter. However, at release, something would inevitably break, and they would have to reassess. The process was slow and inefficient.

But, failing fast allows engineers to release their updates or products right after finishing them rather than having to wait. This allowed them to see broken code quicker and thus fix it faster. Now, engineers at Westpac release products daily.

Dawie certainly didn’t fit into the clunky, old-school culture of Westpac. He wasn’t a culture fit, but his courage in implementing change helped the company grow for the better.

Instead of looking for a culture fit, companies should instead look for a value fit.

Value fits share ideals and standards with those around them. Hard-work, harmony, creative collaboration are all potential values you want your culture to hold. Hiring for values ensures that your company mission will be held in supportive hands, no matter how your culture shifts in the future. It doesn’t matter if that hire doesn’t have the same background as everyone else on the team, or the same style of working — what matters is that she is keeping the principles of your company at heart. That is what matters.

David Hassell, the CEO of 15five, a company that increases transparency by promoting continuous employee feedback, speaks about the importance of hiring for a value fit rather than a culture fit. In fact, Hassell left the first company he ever founded because he realized he didn’t share the same values as his cofounder.

So, when he founded his next company, he carefully chose what values he wanted to hire for and then created a value filter. He says that there is “no one interview question you can ask to find out for sure if a candidate is a fit with your values.” Instead, ask about the candidates personal and professional lives and talk about why they made the decisions they did.

Once you align your values, the day-to-day working culture will be a breeze.

In what ways do you promote change in your work environment? We want to know! Write to us at our Facebook page.