How To Identify and Cure An Addiction to Life Hacking 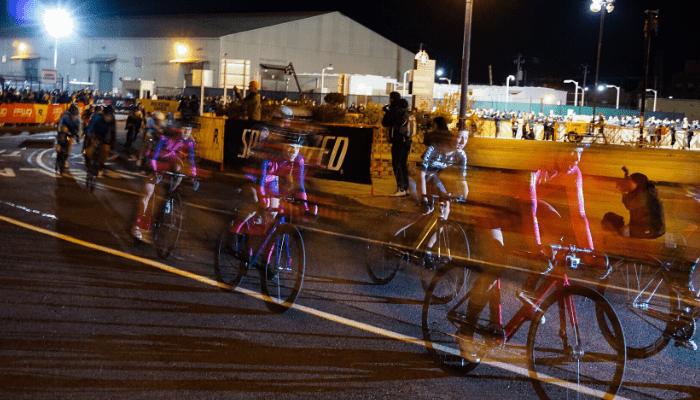 In 1678, English naturalist John Ray wrote in a collection of proverbs, “…there are more ways to kill a dog than hanging.” If the phrase seems pretty off-putting, then maybe this better-known variation will feel more at-home: There’s more than one way to skin a cat. (Although, now that we think about it, both are pretty morbid.)

We’ve all heard the saying before, but I bet very few of our readers have ever thought about why it’s so important. While it’s often used to suggest that we have the freedom of choices at our disposal, it also highlights that choices can create paralysis.

Having a lack of choice is a problem, but so is having too many choices. Consider the infamous Jam Experiment.

In 2000, psychologists Sheena Iyengar and Mark Lepper published a paper that revealed the downside of choice. At a supermarket, they set out a table with samples of jam for sale. On the first day, there were twenty-four flavors of jam. On the second day, there were only six flavors to choose from. There was more traffic at the twenty-four jam display, but people were less likely to buy anything when compared to those who sampled from the six-jar display.

It’s fair to say that the more choices we give ourselves, the less likely we are to make a choice.

It’s a paradox. Too much choice leads to inaction because our senses are overwhelmed.

Unfortunately, in life, we have to make choices constantly, regardless of how many options there are. And we don’t always have the luxury of paring down our choices so we have six jams to choose from instead of twenty-four.

We make many choices every single day, and in order to live a productive and efficient life, we need to be able to make choices quickly and effectively. There are more possible moves in a single game of chess than there have been nano-seconds since the beginning of time. Do you think you make more decisions on a daily basis than you would playing a single game of chess? Then how on earth do you know what to do when you wake up every morning?

That’s where models come into play.

We rely on models and systems in our lives whether we’re aware of it or not. We brush our teeth twice a day because the American Dental Association tells us it’s the model for dental hygiene. We wear our seatbelts because we know it’s the model for auto-safety. We wear clothes because it’s a model for sensible living in a civilized world. All of these choices are models that we’ve picked up at some point along the way, whether we were conscious of it or not.

But does every choice we make on a daily basis deserve a model or best practice? Well, not always.

If you’ve been around on the internet for the past decade, you may have come across the lovely buzzword “life hack”. When it comes down to it, a life hack is a tool, a system, a model, or an idea that you can use to help save you time and resources. And while a lot of times they offer us valuable insight, if we’re not careful they’ll lead us to a paralysis of choice, and ensnare us in a catch-22 where we start losing time by trying to save it.

Just like a computer running too many programs at once, the systems we develop for our everyday lives can experience a meltdown when we push them too hard.  Burnout, confusion, frustration, lack of progress and a feeling of working entrepreneurially instead of purposefully are all signs of this.

We call the over-systemization of our lives Life Hack Syndrome. And if you feel like you’re suffering from it, know that you’re not alone. Life hacking is addictive.

When we learn something new or find ourselves saving time through a nifty little trick, our brains are rewarded with dopamine. For a lot of us, the problem is that when we are rewarded once, we want to be rewarded again—and again, and again. Books, blogs, apps, and forums are chock-full of hacks. They teach us how to read a book more quickly and retain more information, or they teach us how to MacGyver used eggshells into Band-Aids.

There is literally a life hack for everything.

Just the other day, I was staring down a whole box of drink cozies left over from my wedding. Wondering if there was any reason to not throw them out (other than being sentimental about them), I Googled for alternative uses for cozies and was blown away by the life hacks at my disposal. I could use them as apple-cushions or cut them up and sew them together to make a door-mat. Heck, I could even use them as oven-mitts.

But why wouldn’t I just buy an oven-mitt?

In the end, I just decided to recycle them. The time it would have taken to do any of those activities and the trade-off from actually doing them would have left me worse off. I guess you could say adopting a life hack in this instance would have been a prime example of chasing mice instead of antelope. (More on what that means, below.)

“A lion is fully capable of capturing, killing and eating a field mouse. But it turns out that the energy required to do so exceeds the caloric content of the mouse itself. So a lion that spent its day hunting and eating field mice would slowly starve to death. A lion can’t live on field mice. A lion needs antelope.

Antelope are big animals. They take more speed and strength to capture and kill, and once killed, they provide a feast for the lion and her pride. A lion can live a long and happy life on a diet of antelope.

The distinction is important. Are you spending all your time and exhausting all your energy catching field mice? In the short term, it might give you a nice, rewarding feeling. But in the long run, you’re going to die. So as yourself at the end for the day, “Did I spend today chasing mice or hunting antelope?”

Instead of working entrepreneurially, we should aim to work purposefully.

Life hacks claim to thrive in that realm, showing us how we’ve been opening up our bananas the wrong way our entire lives, or teaching us how to save a couple of bucks on our energy bill by sweating it out a couple of nights a week, but the truth is more revealing.

Life hacks have a point of diminishing return. At some point, when we apply too many systems and rules to how we live, we stop living altogether. Juggling spur of the moment systems and strategies is a good way to get nowhere fast. It’s also a good way to burnout. Remember, the goal of The ONE Thing is to master one thing at a time, so our success becomes sequential and intentional. And that’s where habit-building comes into play.

While life hacks can sometimes take the form of lasting habits, more often than not they’re shiny objects that distract us from real solutions. They’re just Band-Aids used to cover up bigger problems. Before we even consider a life hack, we should first consider whether or not our time would be better spent breaking down an old habit and building a new, success-driven one.

We are creatures of habit. All of us. Everything we do for better or worse is the result of some habit that we’ve picked up along the way. And we have to take agency over how our habits are working for and against us. If we look at our lives and are displeased with an area, chances are we’re missing a habit that will give us the results we want to see.

If you’ve read The One Thing then you know that on average, it takes 66 days to break an old habit and form a new one. And, depending on how well engrained the habit is, it could take longer than that. Breaking an old habit isn’t easy, but it’s extremely rewarding.

Choose one or two things you can change in your life today that would make a difference, and then focus on turning one into a reality. If you haven’t already, download the 66 Day Challenge Calendar and start keeping track of the positive habits you’re trying to build in your life.