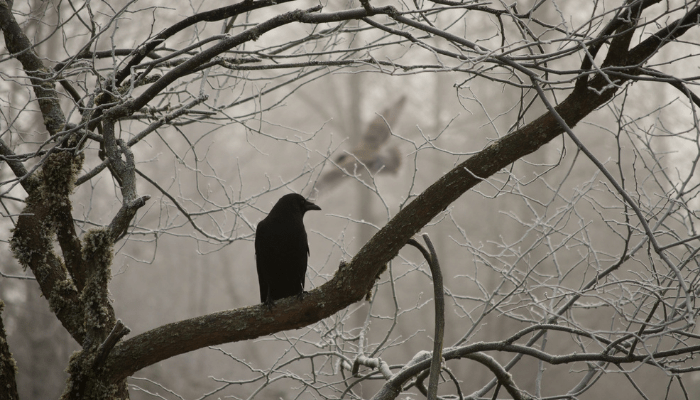 Summer is right around the corner, and we could not be happier. Baseball is in full swing, the nights are longer, the drinks are colder, and every day is flip-flop weather. Summer is the best season for taking a long walk or chilling at the beach doing absolutely nothing.

From lake houses to camping trips, hitting the theme parks or just spending quality time with your grill, it’s easy to fall in love with just the idea of summer before it’s even here. And if there’s one thing about summer that always pops up, it’s the lists of “best books for summer” or “beach reads you need to check out” and they’re not wrong: few things are as perfect as a lazy day on the couch or in the hammock diving into a book.

Over here at The ONE Thing we started talking about books everyone should read this summer. There are a variety of great reads: some of them take you to faraway lands, while others just teach us how to quiet our thoughts. But, what we came up with is a list that features a lot of writers you may not know and a few books you’ve heard people talk about for years. We wanted to challenge readers to dig a little deeper than just what’s hanging out on the bestseller list right now because let’s be honest, there are too many good books out there and many don’t get the love they deserve.

Whatever your taste may be, we hope you’ll find your next great read for when the lightning bugs dot the evening skies.

#1. The Art of Thinking Clearly by Rolf Dobelli

Think of this as a guidebook of human reasoning or a way to see through the forest when everything seems a little skewed. The Art of Thinking Clearly looks for the ‘why’ in the situations in which we find ourselves. It asks us to ask ourselves if we are reacting emotionally when we should have taken a step back? The Art of Thinking Clearly takes on cognitive biases, the errors in our everyday thinking which cause us to make snap judgments based on feelings and relationships over rationality.

The Art of Thinking Clearly teaches readers to calmly assess a situation and find the logical conclusion instead of reacting emotionally no matter what the outcome.

#2. The Alchemist by Paulo Coelho

The Alchemist is one of those books that will always find an audience. It’s been translated into 56 different languages and just when you think everyone’s got a copy, it makes its way back into the cultural sphere. Everyone from Oprah to Obama has talked about what is considered to be Coelho’s masterpiece. At its core, it’s a story of struggle, but one of what’s it’s like to finally find your place in the universe. Many people swear by the book as its story hinges on the energy of the world and how we need to train ourselves to find the good vibes rather than hyper-focus on the bad, even when things look dark.

Frankl’s opus is considered by many to be the one book everyone needs in their collections. Even if you’re a fledgling bibliophile, you’ll find Frankl’s story to be bone-chilling. Having survived the Nazi concentration camps, he became a psychiatrist who taught the world that what we go through will affect us, but it doesn’t define us. Until the end, he was someone who experienced the worst of humanity, yet focused on the positives of the world. He challenged readers to understand that we can’t avoid all of the bad things in the world, but we can find meaning, we can learn, and we can become better no matter what we go through.

Having sold over 10 million copies, you can bet plenty of people have sought out Frankl’s wisdom through the decades.

#4. The Hitchhiker’s Guide to the Galaxy by Douglas Adams

You might notice that a few of the books on this list aren’t strictly self-improvement related. Sometimes, we need to take a break from the rigor of development and give ourselves some time to laugh a little. That’s definitely where this book comes into play.

It’s constantly being referenced in popular culture, but have you actually sat down to read Douglas Adams’ classic slapstick novel? If not, you really need to. It’s a beautifully long-winded, hilarious parody of every science-fiction plot device ever constructed.

The story is about a hero so lacking in any real knack or skill it’s incredible he does so well. Through the pages, we travel with him between a multitude of galaxies and see his interactions with the interesting people who manage these galaxies like bad amusement parks. There are talking dolphins and an overly-emotional robot, and even catchphrases like the all-encompassing “Don’t Panic!”

Pro tip: Because the book has been out for decades, there’s an “Ultimate” edition – buy that. It has all of the sequels all in one place. You’ll want to read everything, trust us.

Murakami’s style is steeped in surrealism while tackling the mundane of every day with grace. The novel challenges how we view failed relationships, what our consciousness represents along with asking what the future holds for a middle-aged man in a Japan that’s changing so fast around him he can’t understand it. There’s a reason Murakami has more awards than he can count, The Windup Bird Chronicle is a textured detective story that takes aim at the heart but also at societal norms.

Another All-American classic (there’s even a star-studded movie) about a crew of brothers and friends who will do anything to protect one another. The Outsiders exists in the pop culture multiverse and isn’t going anywhere any time soon. In the battle of the Socs vs. the Greasers, your heart will break for Ponyboy, Sodapop, Dallas, Darry and the other misfits set in Hinton’s rough and tumble version of Tulsa, Oklahoma. While a lot of people might not know the Robert Frost poem itself, “Nothing Gold Can Stay,” it’s been The Outsiders who’ve kept the phrase a part of the popular lexicon all these years later.

#7. Tuesdays with Morrie by Mitch Albom

We’ve all needed guidance in our lives. Maybe it was when we were young and searching for truth, or perhaps we were just seeking out someone patient and wise to listen. Regardless, those moments with a mentor are priceless. Sometimes it’s a grandparent, an uncle or an aunt, or maybe it’s the person you’re training under, but whatever the case may be, many times, those relationships are unforgettable.

For Mitch Albom, his guru was his college professor, Morrie Schwartz from two decades prior.

After college, Albom lost touch with his professor only to stumble upon him years later, as Schwartz was now a dying old man. Albom visited with Schwartz every Tuesday for the rest of Schwartz’s life, giving opinions of struggle, happiness and everything in between.

#8. The Prodigal Tongue: The Love-Hate Relationship Between American and British English by Lynne Murphy

Professor Lynne Murphy has searched long and hard for the origins of the English language, but more importantly, how American English grew to be so much different than the mother tongue. The Prodigal Tongue dispels the myths about language, the complex usage of slang between both countries who rarely cross over. Murphy breaks down the cultural, social and political differences between the two with adept humor and warmth. Murphy breaks down how we got from good ole’ American gas to the British petrol, and even more importantly, how did we get from “chips” to french fries?

#9. When You Are Engulfed in Flames by David Sedaris

David Sedaris is known the world over as one of this generation’s beloved essayists. Sedaris takes the mundane and makes it hilarious, he finds the smallest things to nitpick but makes it seem bigger than life. He’s got quite a few books, Me Talk Pretty One Day (2000) and Naked (1997) to name just a few in his brilliant oeuvre, but When You’re Engulfed in Flames is one of Sedaris’ best.

In this collection of essays, Sedaris takes on his family (once again). It’s full of wisecracks and the insanely possible-yet-way-out-there fantasies of a young man. There’s no shortage of dark humor, thought provocation, and a brilliant light shining on the very fabric of our relationships and what it means to be mortal in such a weird world.

#10. The Emerald Circus by Jane Yolen

Taking on the stories of our youths, Yolen dares readers to dream. She starts with a collection of short stories where she takes the familiar works of Edgar Allan Poe, Wendy, Dorothy, and Emily Dickinson and drops them into new, fantastic worlds. While these new worlds aren’t entirely unlike their worlds, they offer a little bit more of our society.

If you’ve ever dreamt of what happened to Oz or how Alice fared after leaving Wonderland, you’ll adore this collection of short fiction that enchants readers but also dares them to dream bigger and in vivid technicolor.

Yolen is no newbie, either. With over 350+ titles to her name, she’s an award-winning powerhouse in the worlds of science fiction and fantasy. If this is your introduction, you won’t be disappointed, it’s the perfect book to take in on a long summer day when the kids are busy, and the phone is in the other room. This list is better than anything on YouTube, trust us.

Well, that’s our list—what’s on yours? We’d love to hear back from you on what you’re reading this summer. Don’t forget to post your must-reads on our Facebook page.

← RESET: How to Adjust your Trajectory A Common Myth of Productivity and Why We Should All Aspire to Be Lazy →