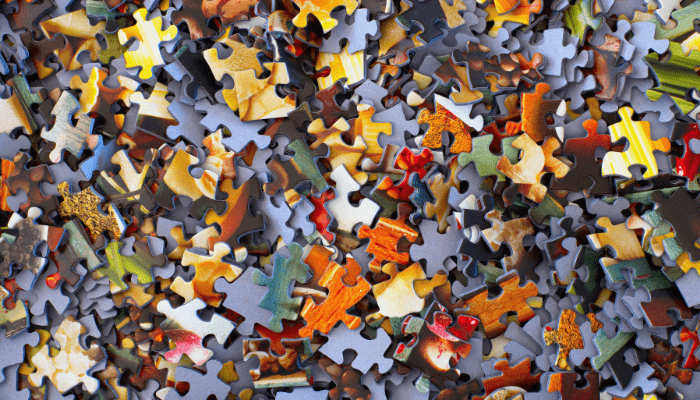 One of the biggest myths that continues to prevail in the world of entrepreneurialism, productivity and self-improvement is that being productive means doing more.

The truth is quite the reverse. To paraphrase Francine Jay, our goals shouldn’t be to get more things done, but to have less to do. When we’re productive, our lives become simpler and we find more time for ourselves. And when this happens, we can rest and allot time to other activities instead of burning another pot of midnight oil.

At some point in the history of our work-culture, we began believing that working long hours was admirable. If you were the first one in and the last one to leave the office, you assumed you’d be seen as more focused, motivated and determined than your peers. You hoped to catch the eye of a senior executive by putting in those extra hours.  Maybe they, too, believed promotions and opportunity couldn’t be found when the sun was at its peak, but rather in the waning hours of twilight. At some point, we began to believe that effort matters more than results.

At some point, we lost our freaking minds.

Get Lazy with The Domino Effect

A man or a woman lounging on the couch with one hand on a remote and another in a bag of chips might offer the clearest portrait of what a productive mindset looks like.

There’s a popular saying that originates with a man named Frank B. Gilbreth Sr. in the 1920’s: it’s always wise to choose a lazy man to do a difficult job because they’ll find a quick and easy way to do it. And the saying rings true. We all know that person. They’ll stand over our shoulder after we’ve invested hours staring at a spreadsheet, tweaking a presentation, or crafting a turn of phrase only to point out the solution to our problem without so much as half a thought. And if you’re like me, in that moment, that interaction might lead you to ask the right question in the wrong way—bashing your head against a wall and screaming “Why didn’t I think of that!?”

What’s infuriating isn’t that they found the solution to our problem—it’s that it took them such little effort and time to do it. In these types of situations, if we prioritized getting results over applying effort, we wouldn’t care that someone gifted us with an answer. In fact, we should take a page out of their book and adjust our work process so we don’t waste so much time again in the future.

In The ONE Thing we talk about the Domino Effect—and in a sense, there isn’t a lazier principle of productivity. The idea comes from a physicist named Lorne Whitehead who in 1983, published his findings that a falling domino had the power to not only knock over a domino of equal size, but also one that’s 1.5 times its size.

It’s not the kind of finding you’d expect to find in an academic research paper—but it is and it’s important because it provides a clear example of how we can compound our results if we prioritize doing the right thing in the most efficient way possible.

Because a domino has the power to topple another that’s 50% larger than itself, a string of dominos lined up one after another, each progressively 50% larger than the other, has the potential to create some substantial power. In that chain of dominoes, by the 18th domino, that chain reaction would generate enough inertia to topple over the Leaning Tower of Pisa. The 23rd would topple over a domino the size of the Eiffel Tower. The 31st, Mount Everest. The 57th domino would almost span the distance from the earth to the moon.

In the book we call this string of compounding results a “geometric progression”. Here, we’ll just refer to it as “the lazy way of doing things.”

When approaching our work, goals and objectives, our effort is best served where it can serve us best. That means working with a strong sense of priority and constantly challenging ourselves to find the best way of doing things. How? By asking the biggest questions possible and refusing to hesitate when we need to switch our focus and path.

One of the most common misconceptions about The One Thing is that the book tells us to focus on only one thing—that our entire lives can somehow be boiled down to one activity—but that’s not what it says. It says focus on one thing at a time.

Big results and big lives are stunted by trying to do too much at once. We’ve all tried to juggle multiple priorities at the same time. The biggest problem with this approach is when we drop the ball on one, instead of letting it fall and narrowing our focus, we try to pick it back up without letting another drop. More often than not, that leads us to losing our grip on everything and not getting anything done at all.

Like we just talked about with the Domino Effect, big results don’t come from trying to do everything they come from doing the right thing. Instead of dealing with the frustrations of applying effort on the wrong priority (or all of your priorities), apply it in the right place and then let that effort lead you into the next priority, and then the next, and the next, and so on.

Whether it’s applied to our current task or our entire objective, asking ourselves the Focusing Question enables us to take the blinders off our eyes and helps us find where our efforts will produce the greatest results—that first domino. It asks:

“What’s the ONE Thing I can do such that by doing it everything else will be easier or unnecessary?”

It might seem lazy to only ask yourself one question, but hopefully by this point you’re cool with that.

If we apply this question to our road map and our daily work, we’ll undoubtedly wind up with a big-picture objective—our one thing—that stands between us and success. When we’ve identified that one thing, the next thing we need to do is work backward to identify what we need to do today in order to put ourselves on a path toward success.

That whole process is something we like to call Goal Setting to the Now, and if you want to read more about that, be sure to check out this post on the strategy. In the meantime, let’s wrap things up by talking about…

To a non-productive person, vegging out sounds like a trip to Anxiety City—a place where you spend all of your time stressing about what you should be doing and wondering why you aren’t doing it. A productive person doesn’t have a problem vegging out because they know that’s where their time is best served at the moment—resting is an important component of productivity, after all. The difference between building anxiety and allowing yourself to rest is a simple matter of having control over our time.

Controlling time doesn’t mean being able to time travel. (Sorry, you won’t find any schematics for a flux capacitor on this blog or the book.) It means understanding the purpose of how and when we need to act and getting good at saying “no to the things that don’t help us push over our domino..”

Ideally, your day would be structured in a way that allows you to complete your most important task (your domino) during your most productive hours.

Everyone has a window of time during the day where their motivation, energy, focus and desire is at its peak, and in that window of time, magic happens. As we move further outside of that window of opportunity, our willpower wanes and our reserves become depleted. At this point, all of the effort we put into accomplishing something great instead starts producing diminishing returns.

As soon as we figure out the time of day when we hit full-stride, we have a responsibility to control it and protect it so we can make our largest gains. To do that, we suggest using a strategy called Time Blocking. In short, time blocking is the process of making appointments with ourselves and enlisting the support we need to make sure we keep those appointments. (You can read more about it here.)

The bottom line is that when we engage in time blocking and focus on doing the right thing at the right time, we give ourselves an opportunity to create profound results. If you find yourself engaging in a vicious cycle of working toward dead ends and frustration, consider shaking things up and taking a page out of someone else’s book—ours.

← 10 Books Worth Adding to Your Summer Reading List Learning to Become Resilient: Part One →