Learning to Become Resilient: Part One 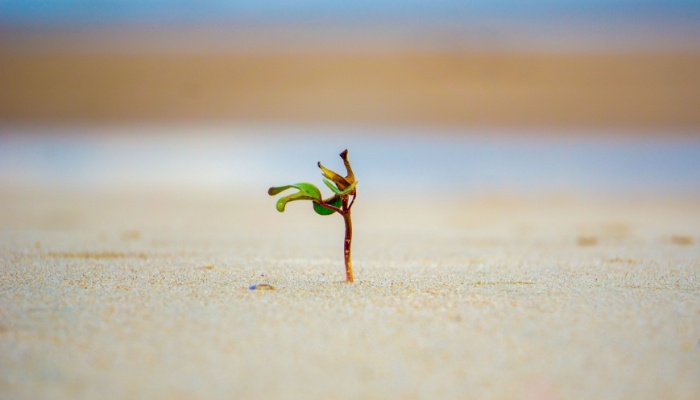 Life isn’t always like a box of chocolates. It’s more like turning the millstone. We’re constantly grinding, battling uphill, getting, bitter, upset, and burned out all to have a chance at fulfilling our purpose.

No matter what you do, your path ahead is going to involve some type of grind, and if you want to succeed at the highest level, you’ll need to become resilient.

According to psychologists, resilience is most often defined as being adaptable despite facing adversity, and it’s a quality all of us can achieve. In essence, it’s our ability to withstand outside stressors. Instead of allowing our knees to buckle when life throws us a curve ball, resiliency helps us rise above and use them to our own advantage.

Norman Garmezy, a developmental psychologist and clinician at the University of Minnesota, pioneered much of what we know about resilience.  Over a series of decades, Garmezy would study children in schools across the country, rigorously following the lives and trajectories of students who were considered “at risk” but were flourishing. At the time, this proved a surprising course of inquiry, as most psychologists had previously been concerned chiefly with experiencing dysfunction when faced with adversity, as opposed to overcoming adversity.

Since then, the field of research surrounding the topic of resilience has grown exponentially. While initially considered something rather extraordinary, it turns out that resilience is an everyday, ordinary human achievement. You don’t have to be a superstar or a genius to be resilient. As professor Ann Masten once said about her well-known work on the topic:

“What began as a quest to understand the extraordinary has revealed the power of the ordinary. Resilience does not come from rare and special qualities, but from the everyday magic of ordinary, normative human resources in the minds, brains, and bodies of children, in their families and relationships, and in their communities.”

But our ability to be resilient or not does have a direct impact on our lives and success.

In the 1950s, Emmy Werner and Ruth Smith conducted The Kauai Longitudinal Study — the only study to date that has examined the development of individuals from birth to midlife. Smith and Werner followed a group of 698 children born in 1955 on the island of Kauai and explored the impact of a variety of risk factors, stressful events, and protective factors. These children were monitored at the ages of 1, 2, 10, 18, 32, and 40 – in order to represent different portions of the life cycle.

Over the course of the study, Werner and Smith identified a group of children who experienced external stressors. Of this group, two-thirds of the children began to experience learning and behavioral problems. As they aged, they morphed into delinquency records, mental health problems, and other issues. But one-third of the group did not develop any of the learning or behavioral problems their peers experienced. Instead, they moved on to become healthy, happy, productive members of their community. As they note in the study, “By the time they reached age 40, not one of these individuals was unemployed.”

So, what set them apart from their peers? What special ability did they have that allowed them to be more resilient?

The answer is complex, but what the researchers found was that a combination of the right psychological factors (like temperament), the presence of one close, emotionally stable relationship, and some form of support group is what helped these children be resilient.

In fact, since the study, a number of researchers have tackled what characteristics make up a resilient person. Most have found that people who are relatively intelligent, have good interpersonal skills, a good temperament, a sense of humor, are self-aware, adaptable, good at planning, a strong internal core, and are productive show a high level of resiliency. But just because you have those characteristics doesn’t mean you’re resilient. Moreover, you can go your whole life without knowing if you’re resilient or not, while others have their resiliency tested every day.

Like willpower, resilience is a skill that can be learned, unlearned, and drained over time. It’s a skill set constantly being molded, shaped, and tested by both external and internal factors. Some children who were observed to show signs of resilience eventually lost that ability as they aged. While others who didn’t show any resiliency during childhood, developed it during adolescents.

If something like resilience is a skill we can gain, how do we go about doing it?

Sheryl Sandberg learned all about becoming resilient when she suddenly and tragically lost her husband, Dave. The COO of Facebook and mother of two had to learn to cope with the changes brought about by his death. No matter the level of her own personal grief, she had two children to care for and a full life to lead. As she put it in her book, Option B, “I had no choice but to wake up every day. No choice but to get through the shock, the grief, the survivor guilt.” She refused let her guilt or sadness overwhelm or define her. She was resilient, and she used that resiliency to overcome her challenges. She knew she was intelligent and capable, and she used this to learn how to manage despite the loss of her partner in life.

Sheryl says the first step she took toward healing was educating herself on dealing with grief. She began by reaching out to experts to help her learn to cope with her husband’s loss.

Adam Grant (her future co-author) was one such person. Adam is an expert in how people find motivation and meaning. For Sheryl, learning how to mitigate the impact this would have on her young children was key. She says that Adam taught her that “while grief was unavoidable, there were things I could do to lessen the anguish for myself and my children.” As Sheryl progressed through various stages of grief, Adam coached her on what those stages meant and taught her different tools and strategies to cope.

Sheryl also used leverage. We hear a lot about leverage in the context of business, but the term simply means utilizing the skills of the people, systems, and tools around you to do the work that exceeds your personal bandwidth. Sheryl was suddenly a single parent, trying to raise two children while also helming one of the biggest companies in the world. She needed to call on others for assistance.

At first, she wasn’t happy about the prospect. She says, “I hated asking for help, hated needing it, worried incessantly that I was a huge burden to everyone, and yet depended on their constant support.” But, after receiving coaching from Adam, she came to accept the help others were offering her. She needed the help of others, and once she accepted it, she began to take the time to heal.

She also leaned on those around her for emotional leverage. People who had dealt with similar tragedies reached out to her from all over the world. She says, “the kindness and bravery of those who shared their experiences helped pull me though mine.” Hearing stories from others helped her feel less alone and gave her a group of people with firsthand experience to fall back on when she needed a little extra reassurance.

Ultimately, Sheryl had to continue to remind herself of the three P’s: personalization, pervasiveness, and permanence. In his research, Martin Seligman named these three things as the most influential on our ability to move beyond trauma.

Personalization is all about realizing who is responsible in a situation. Taking responsibility for your actions is one thing, but assigning yourself blame for things beyond your control is something else entirely. As Sheryl put it in a 2016 commencement speech:

“The first P is personalization — the belief that we are at fault. This is different from taking responsibility, which you should always do. This is the lesson that not everything that happens to us happens because of us.”

And sometimes, no matter how hard we try, things happen that are just beyond our control. We may have a stake in how they end up, or where we go after they happen, but we are happier when we concede that there are things in life we can’t control. It helps us create a healthier psychological framework through which to view the world around us, our actions, and the actions of others. Our losses, failures, and unexpected outcomes become something we don’t have to take quite so personally – after all, we tried our best, and the outcome was out of our control. That way, we’re able to accept what is, and take steps to move forward.

Think of it like this: Have you ever had a bad breakup? The kind that leaves you wondering if love is ever even worth pursuing? You go to work, and you’re completely unmotivated to participate. After all, what does it matter if you get that expense report finished. Love is dead.

But it isn’t dead. Not forever. And not every part of life is bad just because one aspect of it might be. We may have lost a partner, but there are other people that love us. Our job impacts and improves people’s lives. We matter. Our work matters.

Coming to the realization that something bad doesn’t have to hold sway over every aspect of our lives, that there are parts of our lives that are going well, is a key part of becoming psychologically resilient. It helps us shift the focus from ourselves and our negative feelings, to others and the positive things going on around us.

Permanence is the false belief that a bad situation is going to last forever. Instead of something being a temporary setback, it becomes something permanent and unchangeable. So, when something unexpected comes along and knocks things off track, they appear to be irrevocably damaged. Tiny hindrances becoming inescapable problems. Mistakes are no longer correctable. As Sheryl put it:

But it’s important to remember that, barring something like mental illness, some feelings are just temporary. Give yourself the time and space to really experience what you’re feeling, and then let things go. Accept that, maybe, there will be times where that bad feeling might return, and that’s okay. Feel it again, and let it go again. Rinse and repeat as many times as are necessary.

Resilience is something we can all learn to harness with a tiny bit of practice. The next time you find yourself feeling overwhelmed by a looming deadline, personal loss, or unexpected occurrence just remember the Three P’s. Ask yourself the following:

Is this feeling going to be forever? Or is it just temporary?

What role did I actually play in the events leading up to this?

Does this affect one aspect of my life, or every aspect?

By doing something as simple as answering these questions, we can regain clarity and perspective on our lives.