How to Identify What Matters Most 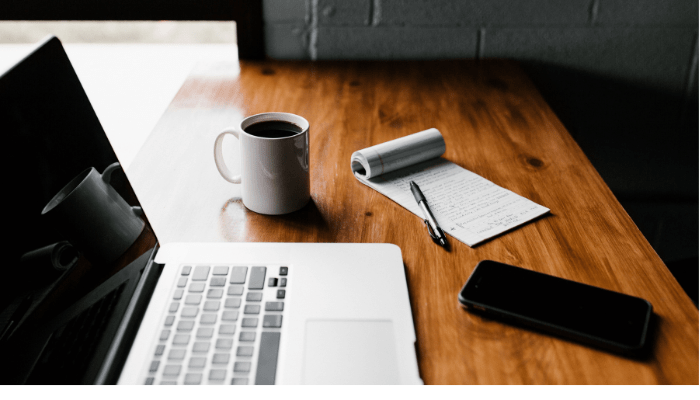 When our lives get busy, it’s easy to reach for a pencil and pad of paper to try and capture everything that needs to get done. It can almost be therapeutic to cross items off our list, after all. However, check-lists aren’t the best way to go about accomplishing great things.

The exercise of running through a check-list tricks us into thinking we’re being productive. The illusion keeps us from focusing on what really matters most and prioritizes how much we do as opposed to what we actually accomplish.

To-do lists often represent the order of our thoughts as opposed to listing things in order of priority. When it comes down to it, they’re better labeled as “survival lists”. They help you get through your day without any “oh no!” moments but they aren’t intended to help make this day a launching pad for the next. Because they contain all the tasks we would like to get done, they don’t zero in on our most important work. This means that they can’t set us up for success the right way.

Research from The Busy Person’s Guide to the Done List backs this up. Through the data collected from their productivity program they found that the way people address the tasks on their to-do lists tend to fall into two different ends of a spectrum: 41 percent of to-do list items are never completed, 50 percent of to-do list items are completed within a day. In other words, to-do lists may seem to be a great place to compile all our thoughts about the activities we think are important, but this doesn’t always translate to either accomplished activities or working on activities that will push the line forward.

Why don’t we always get the things done that we intend to? One key reason can be explained by a handy little psychological concept known as the Intention-Behavior Gap.

We have plans. But then we fall short. We aren’t alone in this phenomenon. But why does it happen?

There are many reasons that we may experience an Intention-Behavior Gap. In some instances, we may have issues getting started in order to pursue a goal, we may get sidetracked, or we may take on too many other things that lead us astray from our initial goal. Think again about your to-do list. If you’ve listed a big goal on there, like running a marathon, but have a bunch of smaller and easier items to accomplish listed also, it’s likely that your big goal will fall by the wayside while your smaller tasks take the place of the necessary and time-consuming marathon training.

One reason we automatically default to the easiest tasks is because our bodies don’t always have our best interests at heart. Instinctually, we’ll often prioritize cheap rewards in favor of long-term rewards because we know a sure thing when we see one. It’s why our brain naturally gravitate toward articles with:

And its why we sometimes have to force our brains to focus on long and terrible paragraphs and sentences that use convoluted words that are strung together and induce confabulation before we’re able to internalize and process its meaning and receive any sort of renumeration for our effort.

The Intention-Behavior Gap also sets in when we don’t strongly believe in the goals we set.

When we don’t have the internal conviction to go after a goal, we are less likely to take the steps necessary to achieve it. In other words, we really need to believe the pain is going to be worth the plunder if we have any chance at succeeding.

For instance, if you’ve decided to get into shape this year, you may commit to going to the gym three times a week. However, if you set this goal because your spouse was encouraging you to go rather than because you had a personal desire to get into shape, your gym membership might be worthwhile in the short term but gather dust in the long term. Because you weren’t the one to set the goal, it isn’t really “your” goal, and you’ll likely feel less personally obligated to chase it over time.

In order to set goals we are more likely to meet, we need to frame them in a way that is both specific and challenging.

In other words, we should indicate the when, where, and how we expect to achieve them. By doing so, we are also planning for the setbacks we will undoubtedly face in our pursuit. Think along the lines of “When situation X arises, I will perform response Y.”

Recent research shows that people are more likely to be successful when they take this approach.

In one study, university students were asked to list two projects they intended to achieve over their Christmas break. One of their goals was to be easy to implement and the other one was to be difficult. And both were to be personal goals that they had before they began to take part in the research study.  These students were also asked to form implementation intentions for each goal:

Researchers found that having implementable intentions increased the likelihood that the students completed their difficult projects goals from 22 to 62 percent. And for the easy goals, 84 percent of projects were completed when implementation intentions were used. In other words, having goals are great, but having a plan in mind on how to achieve them are how we things done successfully.

If you’re ready to zero-in on your goals and set up a system for achieving exceptional results, it’s time to focus on getting rid of the “to-do list” and establishing a “success list”.

As we say in The ONE Thing, “If a list isn’t built around success, then that’s not where it takes you.”

Unlike a to-do list, a success list is short. It requires us to take the list of everything we want to accomplish and drill down to the things that matter most. When we use a to-do list, we often feel pulled in a million different directions. After all, the to-do list is a compilation of everything we want to get done. A success list is different. It focuses on our priority and points us in a specific direction.

In an article for Fast Company, Anisa Purbasari Horton points out the importance of understanding our priorities when she writes, “Sometimes the key to getting things done is to remind yourself what’s not important…We all have 24 hours in a day and the reality is, you just can’t do everything.”

The idea of trading in a to-do list for a success list may feel overwhelming at first. There were so many things on the to-do list that garnered your attention, how do you even begin to cull it down? We suggest you start by taking a deep breath and taking a moment to recognize the truth behind the words of The ONE Thing:

“There will always be just a few things that matter more than the rest, and out of those, one will matter most.”

When it comes to making a success list, think about what you want to accomplish most in the coming months. Then, work backward from that endpoint to determine what needs to be done in the weeks and days ahead in order to be on track to accomplish that ultimate goal. Doing so will help you to determine what goes on your success list right now in order to begin the trajectory toward reaching your most important goal.

Sometimes paralysis by analysis happens, where having every option at your disposal keeps you from picking anything at all.

In these cases, when it seems too hard to choose, we suggest elevating one goal to the top of your list, even if it seems to be an arbitrary choice. You can reserve the right to change your mind should you discover that something else was actually more important along the way, but the important thing here is picking a direction.

As Forbes notes, “Even just the tiniest shift of momentum can have a positive snowball effect that wriggles you out of the paralysis associated with making the “perfect” decision.” By simply getting started on our success list, we can clarify where are priorities truly lay and work toward accomplishing them.

Between putting together a success list and then setting intentions around it – the when, where and how we intend to achieve these goals – we can accomplish those extraordinary things that matter most to us.

← Learning to Become Resilient: Part One 5 Lessons From Some Pretty Well-known Failures →