5 Ways to Deal with a Bad Boss 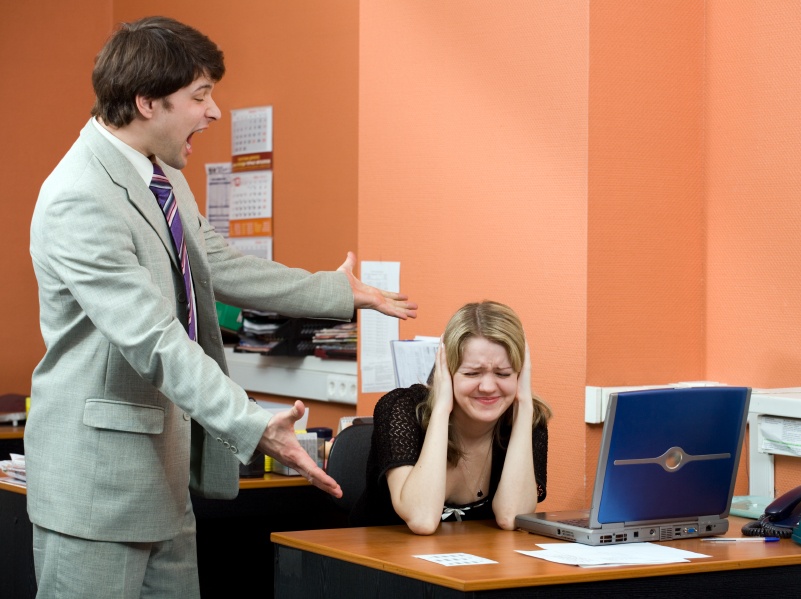 The managers in the movie Horrible Bosses are over-the-top caricatures, but many people can relate to the woes of the three main characters in the film. Studies have found that dealing with a bad boss can be more stressful than a heavy workload. Workers can handle taking on additional projects and working more than 40 hours a week; however, doing it with a bad boss is a completely different story.

There are many characteristics that can brand a boss as bad, but most of the time the way they communicate and relate to their employees is the root of the problem. With that in mind, here are a few ways you can improve your relationship with your bad boss.

Communicate and Get a Better Understanding of Your Boss

Why does your boss act the way they do? What makes them tick? To find out, open up the lines of communication so you can get to know your boss better both as a manager and as a person. We understand that when you have a bad boss they’re the last person you want to engage in conversation, but it’s a necessary evil if you want to start improving your work situation.

People are complicated and have many motivators that drive their actions. Learn what ignites the spark within your boss and you’ll begin to understand them a little better. Communicating openly will also help you avoid any misunderstandings that could be causing problems, and it will form an important bond of trust between the two of you.

Once you know and understand your boss a little better you can begin to anticipate what they want, need and expect, even if they’re bad at communicating their expectations. This will help you head off problems before they occur.

You have to anticipate your boss’s work style, weaknesses and shortcomings to avoid issues. Working around them and helping your boss succeed in spite of them are both better alternatives than letting them bring you down.

Don’t Give Them a Reason to Complain

Are you part of the issue? You can help ensure that your boss can’t pin their bad behavior on you by exemplifying a model employee. Follow directions to a tee, get projects turned in on time, don’t be abrasive, fussy or disgruntled. Do what they ask even if you don’t think it’s the best course of action – just make sure your opinion is known (instead of silently following along) so that the issue isn’t later attributed to you.

Remember to be honest with yourself about your own performance, and assess whether or not your boss has legitimate reasons for interacting with you in a negative way. Make sure you’re on top of your game and doing your job well before blaming it all on your boss.

Does your boss have a horrible boss? Is the bad bossiness a trickle-down effect that’s starting above your own manager? Are they feeling the pressure of a new project or position? Becoming your boss’s ally and showing them that they have your support can go a long way to alleviate issues between the two of you.

Instead of simply pointing out their shortcomings, which are probably obvious to others, rally around your boss. Cheer them on when they are getting it right, give them a helping hand and celebrate with them when they have success.

As your boss realizes that you’re working with them and not against them, there’s a good chance you’ll see the workplace relationship improve.

Don’t be Bossed Around

Getting jerked around by a bad boss is a two-way street. There’s the bad boss and then there’s the employee that’s letting it happen. If no one speaks up and tells the boss that they’re behaving badly then the behavior is likely to continue. They may not even realize that their employees feel like they’re being bullied and bossed around.

If you feel like your boss has stepped over the line, bring it to their attention; however, don’t be confrontational. Come into the conversation with ideas on how to improve the situation and be solution-oriented rather than playing the role of the victim. Focus on how it makes you feel, not how horrible you think your boss is. Most bosses should be able to see the cause and effect relationship, and they’ll understand that being a bully won’t help create a productive work environment.

If your boss acknowledges your concerns yet continues to be a bully instead of a boss, it may be time to bring the matter to the attention of a supervisor. Keep in mind that this should be a final resort, and you should only do so after all of your strategies have been exhausted. One of the benefits of going to a supervisor is that they’ll have the ability to look at both sides of the situation. It can also be a downside if you haven’t done your due diligence to completely understand where your boss is coming from and ensured that you haven’t been the cause of problems yourself.

Do you have any experience in dealing with a bad boss? We would love to hear how you helped improve your situation. Tell us your story in the comments below, or share it on Facebook! #theONEthing