A Cost Benefit Analysis of Growth: How Saying No Can Save You 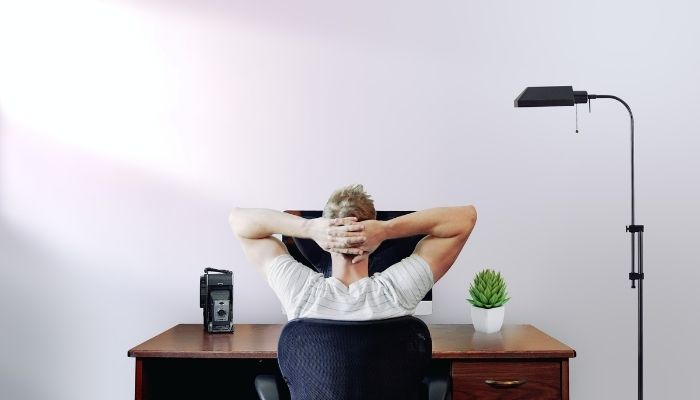 It feels good to say yes.

Yes to helping with a project.

Yes to going to a party.

Yes — just to be polite.

But we often forget saying yes to something inevitably means saying no to something else. This fact is particularly important when we choose our areas of growth, because it doesn’t always pay to say yes to every opportunity. Here’s how you can weigh what you might gain or lose by choosing to grow.

Consider How Much Your Time Is Worth

At the 2019 Texas Women’s Conference, Eat, Pray, Love author Elisabeth Gilbert discussed the struggle of saying yes to everything. During her speech, she recounted her life in New York City in her early 20s. At the time, Gilbert wanted to be a writer, but constantly found herself struggling to ever get any writing done. She would often share her woes over this with a woman in her neighborhood who became her mentor.

“How’s your writing going?,” she would ask. To which Gilbert would generally reply, not very well. This was followed by a laundry list of reasons why: she had things to do with her boyfriend, she had work, her roommates were distracting, and she had been invited on a trip.

Finally, one night after asking this same question and listening to Gilbert give yet another reason why she wasn’t dedicating any of her time to writing, her mentor interrupted her.

“At the end, [my mentor] asked me the single most important question anybody has ever asked me in my entire life. I can honestly tell you my life hinged on that question. It was: ‘What are you willing to give up to have the life you keep pretending you want?’”

It was a powerful question, and spurred Gilbert into action. Ultimately, answering this question led to her first book.

Gilbert was exposed as someone who kept saying yes. Yes to watching television or hanging out with friends. Yes to going on fun trips and nights out at bars. But saying yes to everything was impeding her growth as a person and a writer. What Gilbert’s mentor taught her was the power (and, occasionally, the sacrifice) of saying ‘no.’ It was only when Gilbert started saying no, not just to the things she didn’t want to do, but also to the things she wanted to do, that she was finally able to achieve the life she wanted.

That’s not to say we need to forgo helping others or diving into life experiences. It’s to say that we need to be judicious with our time. Time is a finite resource. If we say yes to something, we need to believe it’s something that counts.

If only this choice was always clear.

We all know that, fundamentally, saying no to scrolling Facebook and yes to working on a project is a better use of our time. But everything isn’t this cut and dry.

What if we’re offered two equally appealing opportunities? Or someone we’re friends with asks us to lend a helping hand with a project at work? What if we have the chance to do something fun? These situations prove to be more difficult to navigate, which is why it’s crucial to keep your priority top of mind.

Not Everything Matters Equally: The 80/20 Principle

In 1906 Italian economist Vilfredo Pareto published Manuale d’economia politica, an economic treatise that covered a variety of topics. But one observation would become particularly influential: the Pareto Principle, or “80/20 rule.” Originally, Pareto observed that 80 percent of Italian farmland was owned by a mere 20 percent of the population. From here, he went on to extrapolate the ways in which the majority of wealth was, almost consistently, held by a smaller percentage of the population. This concept of unequal distribution was later applied to other areas. It started to be thought of as a “universal law.” And it applies to our own effort and outcomes, as well.

As Richard Koch describes in his book, The 80/20 Principle:

If you want to grow and you know you only have a certain amount of time in which to do it, the important thing becomes what you do with the time you have. Because, counter to what we want to think, not everything matters equally. Some things have more power, more fuel, more meaning. Some things will take us farther along our path to growth. We need to take the time to identify those things and put our energy into those efforts if we want results. We call those areas of focus your 20 percent – the small percentage of focus and effort that yields the greatest results.

When you’re confronted with the opportunity to do something, take a moment to decide if it’s in your 20 percent or your 80 percent. If it’s the latter, it’s time to crack out two letters: N and O. Because saying no is a necessary part of taking control of your time and achieving success.

At the end of the day, Elisabeth Gilbert realized the things that were interfering with her writing were a part of her 80 percent. They were smaller things that ate up her time and didn’t help her accomplish what she wanted to do. Instead, she had to redirect and focus on the 20 percent. Only then was she able to build the habit of writing in her spare time and reach her goal: completing her first book.

If you’re struggling to keep on track with your long-term goals, check out our guide to creating a GPS. Or check out our willpower cheat sheet, because saying no can require a lot of willpower.