A Guide to Reconnecting with People From Your Past 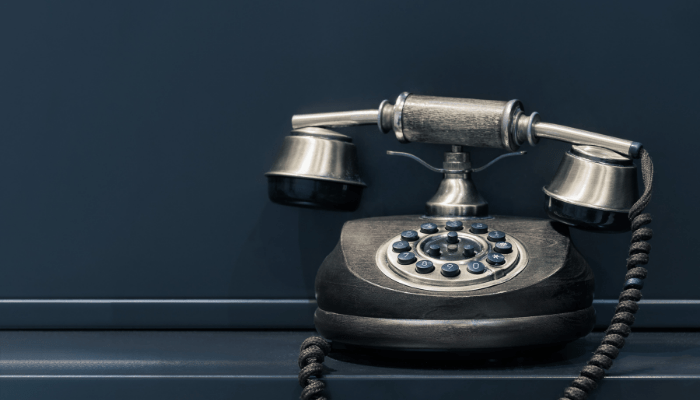 No matter who you are or where you came from, we can agree: 2020 was a doozy. Between a pandemic, remote work becoming the new normal, and a particularly stressful election season, it is understandable that our priorities have shifted toward a state of survival. But that also means we may have lost focus on some of the things that matter most to us, namely our key relationships.

Whether the holiday season has you feeling nostalgic or you’re just feeling motivated to show 2020 who’s in control by rekindling former friendships and relationships, there’s no time like the present to reach out to someone in your life and let them know they are missed and appreciated. Worried the communication might seem a little out-of-place? Or perhaps, a little awkward? Well, stranger or more uncomfortable happenings have taken place this year. But don’t worry. We’re here to share the best ways to make catching up as tactful and painless as possible.

The Case for Rekindling Relationships

If there was ever a time to reconnect with an old friend, it’s now.

Research shows that having support in the form of friendships alters the way we perceive stress. Not only that, but a 2010 research review concluded that social ties affect lifespan more strongly than exercising – and just as strongly as quitting smoking. So, although the experience of initiating conversation with someone you now most likely know as a profile image can bring some discomfort, the outcome of a successfully revitalized relationship is well worth it.

If you’re struggling with where to begin, we suggest the following steps:

1. Identify Who You’ve Lost Touch With (And What’s Holding You Back)

Ready to begin? Start by combing through different chapters of your life and identifying whom you’ve lost touch with.

Don’t limit yourself by the length of time: This could be someone from your middle school past, college experience, or even someone you have not heard from in a few months. Sit with the names you come up with and think about why you intend on reaching out to those particular people, and what has been holding you back from doing so thus far. Why were they once important in your life? Understanding your intentions is essential to moving the conversation forward.

2. Put Some Thought into It and Make the First Move

After drafting up your initial points of conversation, don’t overthink it – just make the move.

You know your former buddy best – are they a phone person? Do they seem to be easily accessible via social media? Reach out to them through whatever medium you perceive to be most comfortable on their end.

We know it’s nerve-wracking to initiate conversations that feel out-of-the-blue and have the potential for rejection, but there are only two worst-case scenarios: They don’t respond, or they are not interested. Either one of those options is a win for you. There’s no more wondering ‘what if.’ Not only that, if the unlikely worst case scenario does come to be, you’ll gain knowledge and a tangible reason for why they don’t deserve your time and effort.

3. Be Clear, Honest, and Direct

Focus on re-establishing comfort between yourself and your friend.

If the distance was a result of a falling out, it is best to address that right off the bat. Saying something like “I’ve been thinking about how we ended things…” will establish you as an empathetic, emotionally intelligent person and put the ball fully in their court. If the fallout was more of an issue of life just getting in the way, simply lead with a statement acknowledging the passing of time:

“Hi! I know it’s been a while but I saw/heard/smelled *insert thing* and it made me think of you”

“You’ve been on my mind lately. I’d love to reconnect.”

“I saw your post on *insert achievement* the other day. Congrats!”

The most important rule? Be honest in any and all communication. Approaching them with a lack of authenticity doesn’t do you or anyone else any good.

Take a page out of the real estate agents’ playbook.

Throughout quarantine, many have put into place a practice of care calls – checking in with former clients and business partners to simply see how they’re doing. They reach out just to see how they’re holding up and to ask if they needed anything – without any intention of talking business. Take a similar approach to your friendships by reaching out to those that haven’t been a priority, simply to check in on their health and wellbeing.

The lead-in to a care call can resemble the previously mentioned dialogue. Begin with “You’ve been on my mind,” and keep the door open to future conversations. As long as there is no ulterior motive on your end, this display of affection will be appreciated by those around you.

While we’re on the topic, we haven’t heard from you in a while. How are you reconnecting with the people you’ve felt distant from? Why are you choosing to reconnect with specific people? Let us know on Facebook.

Ada Ciuca is a writer for Outfront — the editorial arm of Keller Williams Realty, Inc, a valued partner of The ONE Thing. When she’s not writing about the businesses and success strategies of the company’s top agents, she’s working on her ONE thing.

← A Case in Point: Recharging Your Relationships with Big Goals Communicate Your Core Values and Unlock Understanding →