All Things ONE: A Night at the Movies 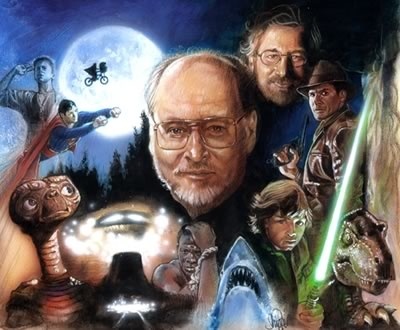 If we asked, would you know who John Towner Williams is? Would it help if we hummed the theme song from Jaws, Star Wars, E.T., Superman, or Harry Potter, to name just a few?

So it’s no surprise that the man deemed “America’s Composer” – the only living person with, now, 48 Oscar nominations, lives by ONE Thing. John Towner Williams passion for music has always been the ONE Thing that’s led to his greatest successes.

The son of a jazz drummer from Long Island, N.Y., you could say music has always been in John’s blood. He spent his teenage years playing and arranging music for his jazz band, and later went on to study music at UCLA and Julliard. In 1956, he was hired by Twentieth Century Fox as a pianist in their studio orchestra. Soon thereafter, he began working long hours writing music for hit TV shows and low-budget films like Gilligan’s Island and Lost in Space.

Finally, after more than a decade of industry experience, his score for the film Valley of the Dolls landed him his first Oscar nomination – a feat that many would consider the height of a career. But John’s unending devotion to his craft pushed his goals, and results, much higher.

Focusing on ONE Passion

There’s no doubt music has always been John’s zeal in life. And, as The ONE Thing says, success leaves clues. People who have a great passion for something develop skills, and practice makes perfect. Research has shown mastery takes, on average, practicing a skill four hours a day, five days a week for 10 years. John received his first Oscar nomination in year 12. Coincidence?

With Valley of the Dolls in his wake, John moved on to bigger and better. He caught the ear of legendary director Steven Spielberg, and when given the opportunity to compose for the big screen, he jumped on it. Jaws was the duo’s first collaboration, and John’s second Oscar win. Since then, John and Steven have continued to make film history together, with John composing music for all but two of Spielberg’s major motion pictures – Duel and The Color Purple.

John Towner Williams has accomplished more than most in his industry by focusing on his ONE Thing – music. At age 81, he has been nominated for 48 Academy Awards (won five), 59 Grammys (won 21), 23 Golden Globes (won four), six Emmys (won three) and 12 British Academy of Film and Television Arts Awards (won seven). His unrelenting concentration on his passion has proven him a legend on and off the big screen.

So, we’d like to thank the Academy for continuing to recognize ONE of the industry’s gereats. You could even say it will be music to our ears.

← ONE Thing Means No Regrets Light a Candle for Big Success →