All Things ONE: A Votre Sante! – A Champagne Toast to a Historic Businesswoman 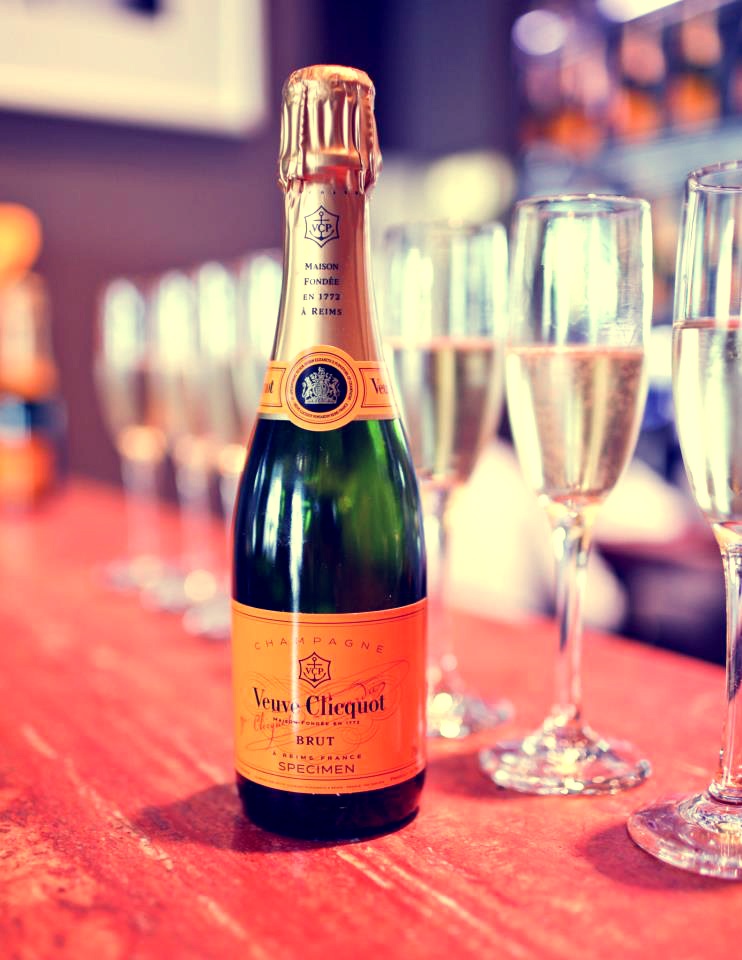 In celebration of our new title, The ONE Thing we’re kicking off a brand new series called All Things ONE where we’ll look, time and again, at how some of the most celebrated success stories made their claim to fame by living their ONE Thing.

And what better way to inaugurate a new series than with champagne! Raise your glasses to Madame Clicquot Ponsardin, better known as Veuve (rhymes with dove) Clicquot, of early 19th century France. She’s not only the subject of our first All Things ONE post; Madame Clicquot is quite possibly the first woman in history to run an international commercial empire.

When her husband died in 1805, 27-year old Veuve took control of part of his business. The couple had been attempting to follow a family tradition of textile trading and winemaking, as well as a more recent interest in the banking industry. At Francois Clicquot’s death, winemaking was only seven percent of his company’s sales. Madame Cliquot—now called Veuve, the title for a widow in France—changed all that when she took charge and focused on ONE Thing: champagne! More than two hundred years later, Veuve Clicquot Ponsardin, with its definitive yellow label, is considered one of the best-selling champagnes in the world.

How did a young widow in the early 19th century make all this happen?

She focused on ONE Thing and ONE Product by going small but always thinking BIG. And she found ONE Person she could trust who had as much passion for the bubbly as she did.

Focusing on ONE Product

Madame Clicquot and her husband had already spent time learning about wine-making with the hopes of strengthening that arm of the family business. When Francois died, his father wanted to sell off the small portion of the company, but Madame Clicquot refused. Instead, she took control, renamed the brand and focused solely on making and selling champagne.

Getting Small with ONE Technique

After deciding to concentrate the business entirely on champagne, Madame Cliquot shook things up – literally – by going even smaller. She honed in on the biggest problem with her sparkling wine – the overabundance of frothy bubbles that covered the top of each pour. To fix this, she helped develop a two-step process to draw out the settlement of dead yeasts: 1. Store the bottles upside down, and 2. Shake the bottles daily. The result was a technique called riddling that is still used today.

Thinking BIG and Making a Mark

Madame Clicquot made strides in establishing her new cleaner, crisper beverage among European royalty by holding a number of Royal Warrants from all over Europe. These marks of recognition from esteemed heads of state helped advertise the Veuve Clicquot label by allowing the champagne house to claim it’s was the chosen drink of royalty. She soon began thinking globally, bringing her product into Imperial Russia.

ONE Person with a Shared Passion

Louis Bohne, the sales agent for Clicquot wines during Francois’s tenure, took a chance by going into business with the widow after her husband died. He traveled all over the continent, and even snuck Madame Clicquot’s new bubbly past blockades and into Russia, assisting in the creation of a champagne empire.

Veuve Clicquot holds a British Royal Warrant from Queen Elizabeth II still to this day. The yellow labeled drink is also part of the LVMH (Louis Vuitton Moët Hennessey) luxury brand conglomerate, and has remained well established among the fizzy vinos for more than two centuries. All of this is thanks to ONE woman’s big thinking and singular focus.

What’s your ONE Thing?