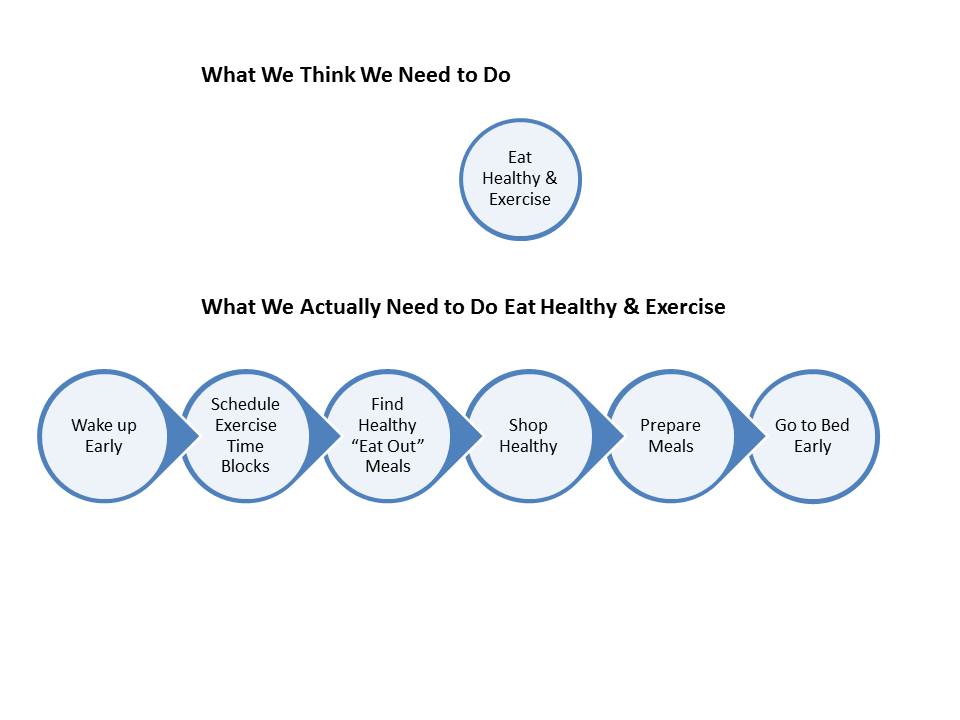 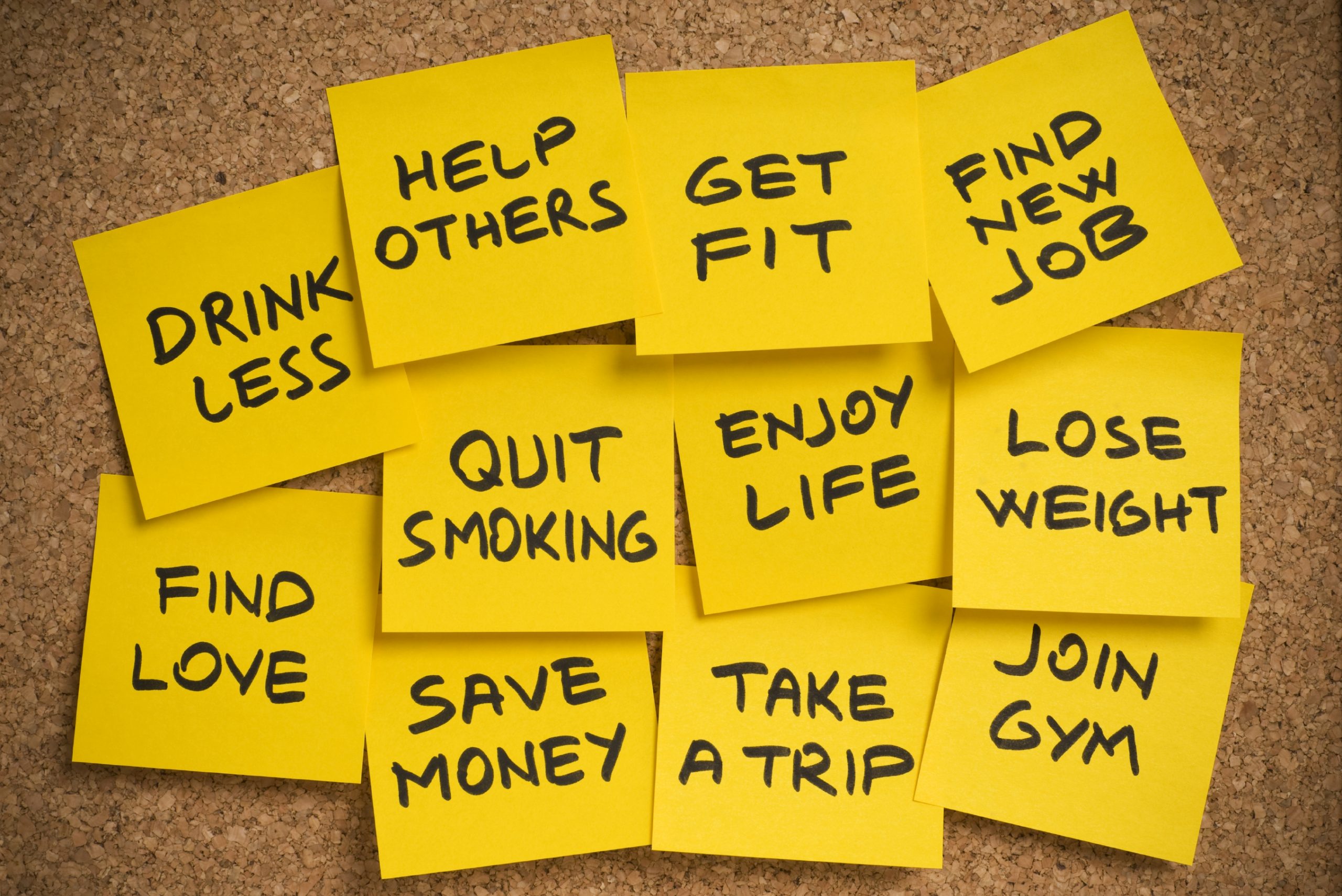 The success of your New Year’s Resolutions relies on building one habit at a time.

Eighty-eight percent of all New Year’s Resolutions fail. In fact, time management firm FranklinCovey found that more than a third of us won’t even make it to February. It’s no wonder the top-10 resolutions repeat year after year – most never actually get crossed off in year one.

How do so many people go wrong?

People fail one of two ways: 1. They take on too many goals at once, or 2. Unwittingly, they set mushy goals, only to later realize mushy means too many. Discouraging? Yes. Unavoidable? No.

Research shows that when you reach for many successes, you often get none. Returning to the New Years’ example, in a good-hearted effort to become the person we always wanted to be, we launch a quit smoking campaign, a diet and an exercise regime all on the same day. With so much new behavior to implement and so many temptations to avoid, it’s no wonder our willpower eventually rolls over and plays dead.

Ironically, in The ONE Thing, Gary and Jay show that if you reach for just one thing – the most important – you have a much greater chance of achieving all the rest. So how do we get closer to that idealized self? Think big, but go small. Start with a single step.

You see, most goals are achieved by building a number of habits. If you roll up your 2013 resolutions into one, you’ll still have a number of behavioral changes to implement before you reach your goal. For instance, “I am going to be swimsuit ready this summer.” Most people view this as one achievable objective. What we don’t realize is that to cross that finish line, we have several smaller checkpoints to hit along the way.

Bet you didn’t think your sleep patterns had anything to do with your goal of wearing a bikini this July. Surprise! The amount of sleep you get is tied directly to your diet. Think about it, if you stay up late watching that new thriller, you’re more likely to reach for the unopened box of cookies – because you can’t sleep. You’re also likely to sleep in, be late for work and skip breakfast or grab a quick but less-than-healthy option on the race to the office.

On the contrary, when you picture your goals as a geometric domino fall, you can set astounding success in motion – just like in our Paul Doherty interview. So, as the 6-month mark approaches and summer is upon us, we suggest you revisit your 2013 resolutions and create that domino effect in your own business and life. Focus on ONE thing at a time, line up all the habits to hit that big goal and tackle them in order. Just think, next year you can be one of the 12 percent.

← The Beauty of Finding Your First Domino All Things ONE: A Votre Sante! - A Champagne Toast to a Historic Businesswoman →