The Beauty of Finding Your First Domino 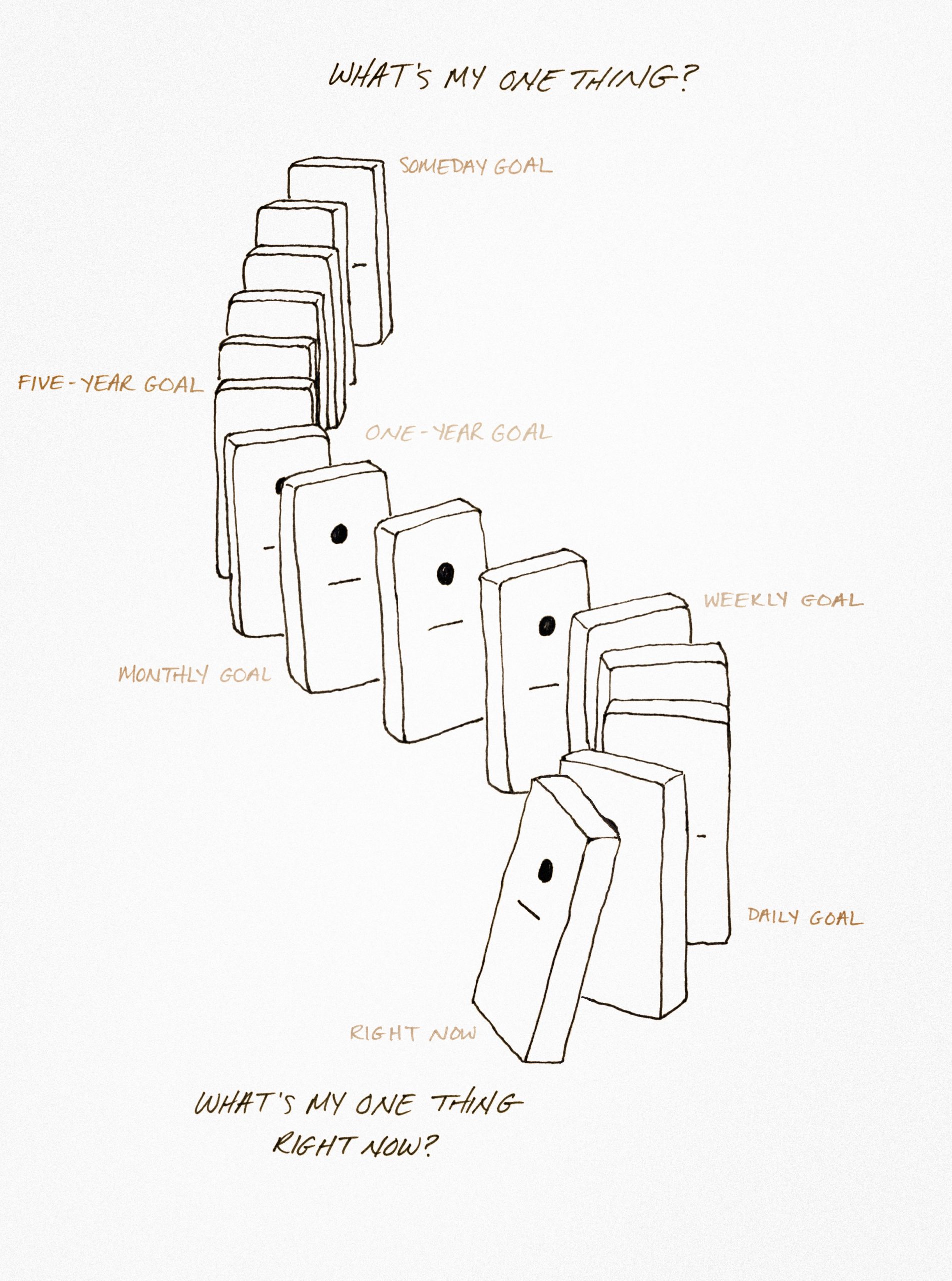 Knocking over your first domino is the key to creating big results in your business and life.

Everyone has seen a domino fall – that one flick of a finger that creates an amazing chain reaction. Knock over the first domino and the rest follow. But, did you know that one regular sized domino can actually knock over a chain of progressively larger dominoes? It’s true.

It’s called a geometric progression, and was first tested in the 1980s. During the experiment a physicist successfully knocked over a line of dominoes where each was 1.5 times larger than its predecessor. By the end, the last domino toppled was about three feet – or the size of a headstone.

Gary often says that success is sequential – like a domino fall. In his latest book The ONE Thing, Gary uses this domino metaphor to showcase the path to extraordinary results. Just like with the geometric progression, when you line up your dominoes correctly, it’s actually the smallest thing that does the most. So when you determine what your first domino is and knock it over, the impact of your action will create a higher level of success.

Scientist and Master Domino Toppler Paul Doherty sure thinks so. He famously recreated the 1980s domino experiment as part of a Rube Goldberg Machine event at The Exploratorium Museum in San Francisco. Paul’s work building a geometric progression not only captured our imagination, but landed him in The ONE Thing.

And we were so impressed, we sat down with Paul to find out how his work has influenced his own extraordinary results.

KellerINK Team: Thanks for speaking with us today. Let’s talk dominoes as a symbol for what’s important to you. In your work and life, what’s your ONE domino?

Paul Doherty: After my wife, my ONE Thing is to help bring an understanding of science to as many people as possible. It’s important to me to show others how science is interesting, relevant and fun.

KellerINK Team: How do you make time to succeed at your ONE domino?

Paul Doherty: Beyond the time I spend doing exhibit-based science explorations at the Exploratorium, I find that writing is a great way to bring science to more people. Every day, I commute to and from work for 45 minutes by train. I use this block of time to get the word out on science. It’s a period of time I count on each day to focus on writing books and magazine articles, updating websites and even using social media to post about my ONE Thing – helping others to understand science.

KellerINK Team: So tell us, since your ONE Thing is to bring a love of science to others, do you find you have to reset your priorities each day to achieve it, as you would have to set dominoes up anew each time they are run?

Paul Doherty: While my basic goal is always the same, each day is different. I could be spending the day exploring one of hundreds of science projects at the museum, and my commuting timeblock writing a science column for the Magazine of Fantasy and Science Fiction or Muse. It’s like setting up the dominoes in a different pattern each day to achieve the best run possible.

KellerINK Team: As you can tell, we think there is a lot of meaning behind what, to some, might look like a simple domino fall. What’s your favorite part?

Paul Doherty: Seeing the dominoes in motion. I love the physics of the domino fall where a small amount of energy causes the release of a larger amount of energy. And there is a fun aspect too – I love to set up rows of dominoes to watch them fall!

Now it’s your turn. Take a look at an aspect of your business, whether it’s your sales figures, customer service or your team. What’s your ONE Thing in these areas? We want to know – what’s the first domino you need to topple for extraordinary results?