Are You Feeling Lucky? How Successful Entrepreneurs View Luck 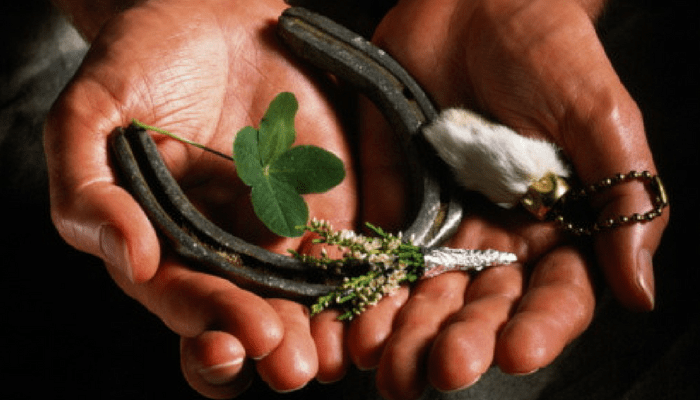 What is luck anyway? Timing? Good fortune? Opportunity, seasoned with hard work and preparation? A form a self-delusion that absolves us of responsibility? Ask a successful entrepreneur and you’re likely to hear any and all of the above.

This year, I’ve been following the NPR podcast, How I Built This where host Guy Raz interviews some of the most successful business people in the world. I noticed that in almost every episode he asks whether luck played a role in their success. The answers he gets are all over the map. And they got me wondering what my own fundamental belief was about the role of luck in success.

In my work with Gary Keller, luck has come up in three primary ways:

For entrepreneurs, control (or the illusion of it) can be the only thing that keeps us hanging on. We want to believe that preparation, perseverance, toil and talent determine who the winners are. Still, sometimes we do feel lucky. The market rises at the right moment, inspiration strikes from a clear sky or a storm miraculously passes us by. How we view these moments matters.

When we give luck the credit it doesn’t deserve, we do ourselves a disservice. Yes, there are times when things happen beyond our control, but our preparation for those moments and how we respond them are the true measure of our success. If we aren’t accountable for the role we play in our results, we risk becoming victims of circumstance—something we can’t predict or rely on.

The best entrepreneurs don’t count on good luck showing up and taking them across the finish line. They set their goals and dedicate their time to doing the work that is needed to achieve them. And by doing so, they make luck unnecessary because they take it out of the game.

Science seems to concur. In their paper, “Luck and Entrepreneurial Success” researchers Diego Liechti, Claudio Loderer, and Urs Peyer describe the role of luck in success after surveying more than 60,000 businesspeople, over one third of which were entrepreneurs. In their analysis, luck (either good or bad fortune) contributed as little as 7 percent and as much as 17 percent to their outcomes. The researchers noted, “The evidence uncovered here suggests that entrepreneurs such as Bill Gates are indeed different people, and that their success seems to reflect much more dedication, skills, and personal characteristics than pure luck. Luck plays a surprisingly small role as a determinant of performance.”

What a relief.  I’d much rather face the day believing our fate is within our control. Sure, as much as 17 percent may be left to chance, but that leaves a whopping 83 percent left in our hands. I’ll take those odds all day long.

Below are ten of our favorite quotes on luck from the files of How I Built This. The one that sparked the idea for this post came from the founders of Instagram, and is the first on the list. It’s probably my personal favorite, as well. Click over to our Facebook page and let us know which one you like best.

← How and Why Johnny Appleseed Died a Wealthy Man Batch Your Emails, and Dodge a Headache →