Break the Habit: Manage Your Return on Investment on Screen Time 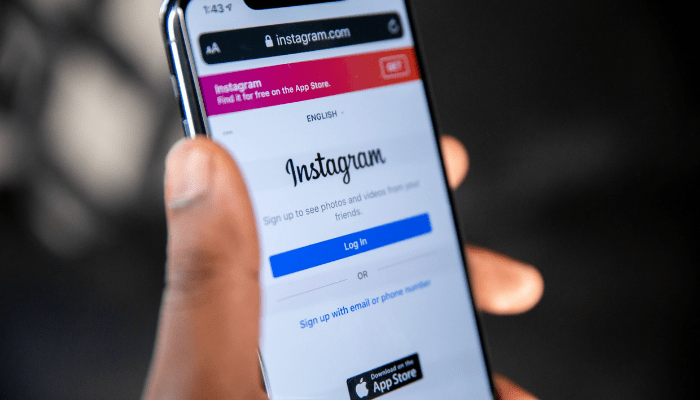 Every week millions of iPhone users get a report on how much time they’ve been spending on their phones. And every week, the amount of time it shows you feels like a reckoning.

Just a few months ago, I remember looking down at my screen and getting an alert that said I had spent twice as much time on my phone as the week before. Then, the following week, it increased at the same rate again. And it was at that point that I started to pay attention to just how much time I was spending on screens.

The real gut punch came when I realized that I was spending a lot of time on my phone in front of my son. He’s just over a year old, and between work and daycare, I really only get about two to three hours with him every day. While sitting with him at dinner one night, I realized that every time he reached down to eat, I was reaching for my phone. To me, that wasn’t okay. I was literally putting a screen between me and one of the most important relationships in my life!

Clearly, the return on investment I was receiving from my screen time was in the red. And if you start looking at your screen time in terms of what it gives you in return, I know that I won’t be alone.

Connect the Dots Between Time Spent and Value Received

If you find your screen time to be a little excessive and lackluster, then it might be time for a change in how we approach our devices.

Unfortunately, getting rid of your screen time altogether isn’t really feasible these days. Between work and needing to call your parents, you can’t just get rid of your phone, tablets and computers. So, instead of looking at it from an all or nothing perspective, account for the return you receive for the screen time you engage in. And from there, you can begin to eliminate unproductive screen habits one by one.

Like I mentioned earlier, iPhones already do this for you on a weekly basis. Also, there are other apps available that provide a similar feature if you’re looking for one. The important thing to do is to actually take into account the report these apps send you. It’s easy to brush off your screen time report week over week, but if you actually start logging how you’re using your time, you’ll see how it adds up!

Prior to my “aha” moment in the kitchen, I hadn’t really connected the dots on my screen usage and its impact. Make a note of every time you reach for your phone and what you do while you’re on-screen. Connecting the dots between the time you’re spending and your level of enjoyment is a good way of figuring out if you’re getting any kind of return you expect.

Certain habits like casually scrolling through your social feeds during downtime often don’t produce any kind of return at all. Or, engaging in our screen time at the wrong time, like when we’re tired, can lead to us going down unproductive rabbit holes. Figuring out when and where you receive your highest return is key to taking back control and reversing course.

Personally, the habit I had built my screen time around was checking social media. Without even thinking or enjoying myself, I’d scroll endlessly through feeds. What I hadn’t realized is that I had built a habit of doing that whenever I felt like there was idle time.

There are different measured steps you can take to manage your screen time. You don’t have to just go cold turkey—and realistically, that might be a quick way to set yourself up for failure. Instead, start with the least severe option and work your way up!

Removing all of the unproductive apps from your phone doesn’t cause any permanent damage. You won’t delete any of your accounts or do anything that can’t be undone if a situation calls for it. Getting rid of apps that don’t serve you is really about putting a buffer between you and your bad habits.

Personally, I’ve found this to work wonders. However, it isn’t an end-all-be-all solution since most of the apps that we use to hog up our time can be accessed through other means. Sure no one likes using the web browser version of Instagram and YouTube—but depending on how bad your habit is, you might find yourself using them more than you think.

The benefit here is that having to take the extra step to access the browser version of an app gives you time to think. When you instinctively reach for your phone because you’re bored, you’ll open up the home screen and find nothing on there to immediately grab your attention. And it’s in those precious moments when you can decide whether or not it’s something you really should be doing!

If simply removing the instant access to your apps was unsuccessful, then a next step might be to deactivate your accounts.

A lot of social media platforms offer this option, and it’s really a nice bridge between taking a break and swearing it off all together. When you deactivate your account, you’ll be saving your account information, but it will limit other people’s ability to interact with it. You won’t get any more emails saying you’ve been tagged—no more notifications that so and so went skydiving on their birthday, or no “Hey, we’ve missed you” messages designed to lure you back in.

And if it makes you nervous, the only thing you have to do to reactivate most accounts is log back in. But again, like deleting your apps, it just puts one more step between you and feeling compelled to fact check your old college roommate.

The second to last stage is deleting it all.

By doing this, you’ll have to create a new account in order to rejoin a network. For social apps, because all of your photos and history will be deleted along with it, it offers less incentive to actually do so. (The same goes for most mobile games!)

Before you do this, know that when it comes to photos, platforms like Facebook give you the ability to download all of your information and photos whenever you want. So if you’re nervous about losing something—there’s at least that option to keep what you’ve put into the system.

The most severe option is deleting everything and downloading apps and software that block your ability to even access social sites. It might seem a little extreme but depending on how strong your social media habit is, it might be necessary.

Apps like Offtime, Freedom, and Moment, offer services that are designed to keep you away from your screen when you want. They’ll even keep track of your progress, telling you how much you’ve been on and what you’ve been doing. If you’re really struggling with your screen time and you need to lock yourself out, then this might be a good place to reach for some accountability.

Inviting an accountability partner into your habit reformation offers a nice nudge in some areas, but in this area in particular, they can become your keyholder. Having someone else download the tempting app on your phone and choosing a password that you don’t know for the account can make it that much harder for you to get around the extra barriers between you and your phone.

One of the weirdest things to deal with when you make any major changes to a deep-rooted habit is figuring out what to do with the time you’ve created. For weeks I would instinctively reach for my phone and feel a little empty when I noticed my icons missing. I even found myself downloading new apps that took up just as much time before realizing I had fallen into the same trap again!

So, while that “empty” space might feel weird, one piece of advice to follow is to not replace your old habit with an equally worse one, but to upgrade it by choosing to do something better. Continue through the process, measuring your time and holding it accountable for a better return week after week, and you’ll eventually find yourself in a place where you want to be!

Do you have any tips for getting a better return on your screen time? Share them with us on our Facebook page. (Or don’t if that’s something you’re trying to get better at!)

← Four Takeaways From our Goal Setting Retreat Worth Remembering Who Is Leading You in the Key Areas of Your Life? →