Build Bridges Instead of Burning Them: The Power of Forgiveness 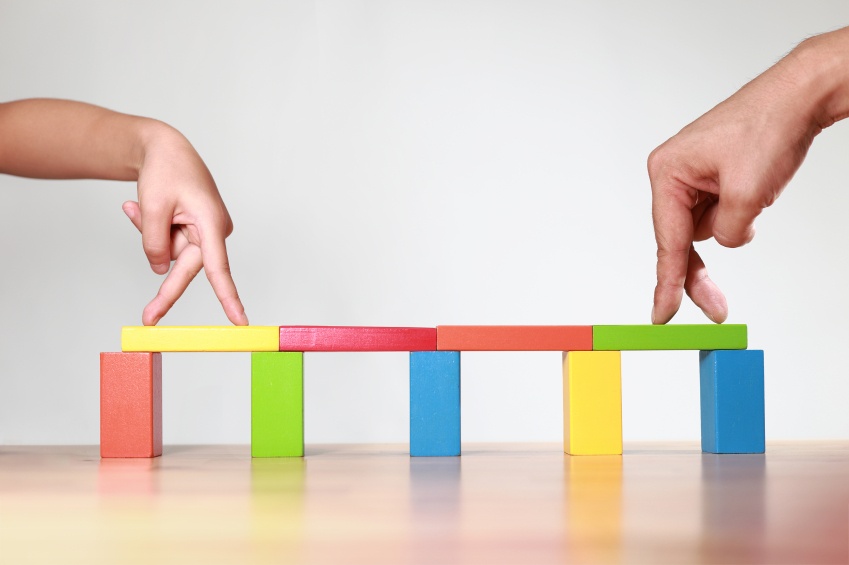 The workplace is a social environment just like any other. There are a variety of personality types that must learn to get along and work with one another to get the job done. So it should be no surprise that at times, these differences can lead to butting heads, feeling slighted and workplace envy – not to mention the water cooler gossip that can create rifts in relationships.

Revenge and resentment are often natural responses to feelings of anger toward another person, but studies show that acting on these vengeful emotions does nothing to help the situation and can increase your stress levels.

The healthier, more productive alternative is to forgive. Being able to let anger go and make amends puts people in a much more productive state of mind and a better social standing in the workplace. Burning bridges by holding onto grudges does the exact opposite. Strained relationships can negatively impact your professional life, which bleeds into your personal life. The stress of a stalled career, caused by being on someone’s bad side, follows you home and affects the way you interact with friends and family. That negativity acts as a weight that holds you down and takes up space where happiness should exist.

It’s understandable to feel agitated every now and then, but learning to forgive will open up doors instead of locking them shut.

Learning to Let Things Go and Forgive in 5 Simple Steps

In the personal struggle between “turn the other cheek” and “eye for an eye” the latter may seem to be the most immediately fulfilling – until you take the eye. Studies have shown that in the end forgiving and forgetting usually provides the most satisfaction professionally and personally. Psychologist Robert Enright is among the many experts that have come up with techniques for forgiveness (see below) that increase hope and decrease anxiety. If you’ve got a few grudges that you’re holding on to, it’s time to make forgiveness your ONE Thing.

Therapists agree that is it important to understand and assess emotions before acting on them, including anger. In order to forgive you must first understand the source for why you’re angry or resentful. Did a coworker take credit for your work? Does another person’s insensitivity to other employees set you off? Knowing the action and reasons behind your anger helps you pinpoint the actions that you are forgiving. You might also be surprised to find that you’re angrier with yourself than you are with someone else.

2. React Based on the Present Situation

Analyzing our anger will sometimes reveal that our issues stem from events in the past, not what’s happening right now. When this happens we can unfairly take our anger out on someone who may not deserve it. Make a point to review the current scenario before reacting to it to ensure you’re basing your actions on the present. When you’re not building up old anger with old baggage, you will find it easier to forgive.

Disingenuous forgiveness isn’t really effective. Often people don’t allow themselves to fully forgive because they believe that in order to do so they must completely abandon their anger and dismiss their feelings. However, forgiveness is not a feeling, it’s an action. Once you decide to forgive someone, you may still hold resentment or anger for the person you are forgiving — and that’s normal. The only way you can work past that is to acknowledge and reframe your feelings instead of writing them off.

4. Change the Way You Think About Forgiveness

In the professional world more than anywhere else, many people mistakenly equate forgiveness to weakness. In actuality it is a sign of strength because forgiveness isn’t easy. It takes emotional and mental fortitude. Michael Stone notes in his training manual Forgiveness in the Workplace that when we fail to forgive, “Our ability to appreciate the strengths and admirable qualities in others and ourselves is reduced, discretionary effort is limited, and our ability to be fully present and focused on current issues and projects are greatly diminished.”

Forgiveness is active rather than passive. In order to build bridges instead of burning them you have to verbally express what you are feeling. First don’t be afraid to share your frustrations with a neutral party outside of the workplace that can help you put things in perspective. Then approach the person who has hurt or offended you to discuss what you’re feeling and how their actions have affected you. This isn’t a blame game, but rather a healing process that allows both parties to move forward more productively.

Abraham Lincoln once famously said, “I destroy my enemies when I make them my friends.” Forgiveness is a matter of taking care of our own mental, emotional and physical wellbeing. It is a choice that we make. When we learn to forgive, others work with us not against us. The result is a more peaceful and productive professional and personal life.