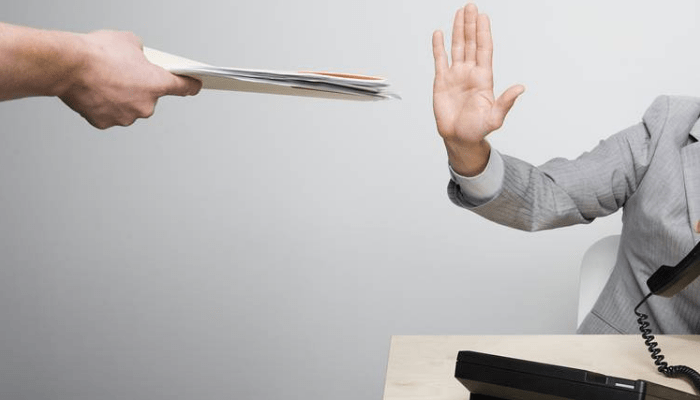 We all want extraordinary results. We want to have rewarding careers. We want tight-knit families. We want fulfilling relationships. But when we look at our lives, all too often, we don’t see the results we’re aiming for.

If we continually fail to reach the results we expect, it might not be enough to simply ‘put in more of an effort.’ It might be time to change our approach.

When it comes to succeeding at a high level, the plans we implement are just as important as the effort we put in. A bad plan with good effort means energy and time wasted. What’s important is that our actions are lined up in a way that compounds our results, so our efforts build the results we want to produce.

A big part of this planning comes from recognizing that every goal comes with its own set of priorities. That means understanding that everything doesn’t matter equally, and that if we want to succeed we have to make tough choices between progress and distractions. Everything we do doesn’t contribute to our success. Therefore, we can’t approach everything we do equally. If we want to succeed, instead of becoming balanced, we have to become imbalanced, and give priority to what works.

In our eyes, living an imbalanced life begins with the 80/20 Rule.

The idea comes from an Italian economist named Vilfredo Pareto, who during the 19th century, found that 80 percent of the land in Italy was owned by 20 percent of its population. This concept of unequal distribution was later applied to other areas. In fact, it became so well-known, that one could say it started to be thought of as a “universal law”. Everything from who pays income taxes  to how computer bugs cause errors and crashes use this reasoning to explain and predict their outcomes. As Richard Koch describes in his book, The 80/20 Principle:

It’s a concept that is worth taking a deep look into, especially when it comes to productivity.

Success isn’t so much about doing everything, it’s about doing the right things. Throughout any given day, 20 percent of our actions will lead to 80 percent of our results. For example, for a salesperson, their 20 percent is likely lead generation. The reason being, if they don’t have any leads, then nothing else can happen. And the better the lead, the more likely business transactions will occur. Given that, it’s easy to assume that focusing on that one activity will produce the most dividends, especially when compared to negotiation, closings, logo design, branding etc.

We can all relate to this. In fact, Chris Suarez, a top real estate agent in the Portland area, recently shared his own experiences with life and the 80/20 Principle in a recent The ONE Thing podcast (Episode 164, in case you are interested). Life was hectic for Chris before he began focusing solely on his 20 percent. While he had achieved his initial goal of netting a million dollars in his business, he wasn’t living his life at all in the way he envisioned it. Rather, he was getting up, running his business, going home, and starting the cycle over again the next day.

He wasn’t satisfied with this monotony, so Chris approached his mentor and asked for advice on how to make things more manageable.  He was told to time block.

Of course, we love this advice! Reserving your most productive time for your most important work is a winning formula for success. However, when Chris looked at his calendar, he didn’t have any more time available to block.

The results shook him.

What he found was that his time wasn’t at all reflective of his success. He was spending way too much time doing things that only made up a portion of his total business’ profit. If his business was going to grow further, those activities—that time—needed to live somewhere else.

Looking at his total net revenue, he carved out 20 percent —$200,000— and leveraged out all of those activities to someone else. By doing so, he made his 80% someone else’s 20 percent, and wound up giving those tasks to someone who could give them the attention they needed to grow.

As he shared on the podcast, “They did it quicker, they did it more efficiently, and I didn’t give up $200,000. In fact, we net more….” All in all, because he began living the Pareto Principle, Chris began achieving goals he hadn’t been able to reach.

It’s settled. You know that in order to experience extraordinary results, you’re going to have to get super focused on the things that matter most in your life. Start by taking a clear look at your life, what you’re currently doing, and what you have room for. Recognize that you’re a busy person with big things to accomplish. Rather than saying “yes” to things that aren’t in alignment with our goals, turn them down.

If the thought of telling someone else “no” gives you chills, know you’re not alone, and that you’re not a lost cause.

As Psychology Today reports, many of us hate the thought of telling others “no” because we fear the potential conflict it might bring and dread the thought of disappointing others. It’s part of our human nature to want to fit in with others. However, saying “no” is a necessary part of taking control of your time and achieving success.

There are ways to say no to others so that you don’t have to feel like you are crushing hearts and dreams. For instance, when you say no, consider providing the person with an alternative solution such as a different approach or a creative answer to doing the same task. Alternatively, you can say no while still providing help in the form of an introduction to a different person that may be able to help them.

We believe in the practice of saying no so whole-heartedly that we named it one of the Four Thieves in The ONE Thing and wrote about it more on our blog here.  Our authors have a distinct rule they apply when determining to say yes or no to a request. If it doesn’t have to do with their ONE Thing – that is, the goal that matters most to them, they either say “no” outright or use one of the alternatives above.

In his book, Anything You Want, Derek Sivers lays out a definitive way to approach this decision:

”If you’re not saying “Hell yeah!” about something, say no. When deciding whether to do something, if you feel anything less than “Wow! That would be amazing! Absolutely! Hell yeah” then say no.

When you say no to most things, you leave room in your life to throw yourself completely into that rare thing that makes you say, “Hell yeah!””

In other words, avoid bogging yourself down with the extras in life by focusing on what excites you and matters most to you. That’s your 20 percent. And concentrating on your 20 percent at the expense of the extraneous will help you to achieve those extraordinary things you envision in your life.

Consider leveraging out those things that are taking up your time but not helping you to reach your goals. Remember what Chris Suarez learned. You can do the same in your life – both professionally and personally. Whether it’s hiring a virtual assistant to help you wade through emails or bringing on a personal assistant to help with the errands that are taking you away from your job or your relationships, there are people who would jump at the chance to do the work that is bogging you down.

What 80 percent items are the first things that you’ll give up?

← Saying 'No' Is Worth Your While Family Matters: How to Teach The ONE Thing to Your Family →