Saying ‘No’ Is Worth Your While 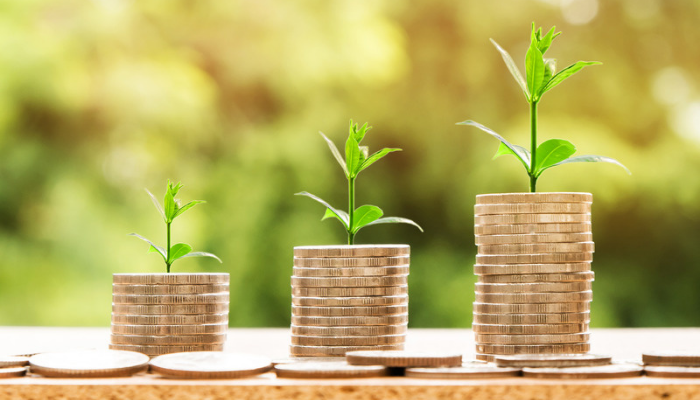 How to Make Saying “No” Worth Your While

“No” is one of the most powerful words we can use. When we say no to things, we enable ourselves to say yes to our most important things. However, it isn’t easy. For some people, saying no is extremely difficult. It is one of the Four Thieves of Productivity, after all.

Part of the problem is that we’ve been raised in a “yes” culture. The word/acronym “FOMO” (Fear of Missing Out), first appeared in a paper in 2000 and caught wildfire in the 2010’s. The reason for that is because it describes a pervasive sentiment that when we say “no” to something, we’re closing doors instead of opening them. And that isn’t true.

Difficult choices typically lead to better outcomes than easy choices. Saying no doesn’t imply that you aren’t a contributor, a team player, or refusing an opportunity. It just means that the path on your journey leads elsewhere.

In order to achieve success, we need to retrain our brains to be more comfortable with the word “no”.  And sometimes, to do that, we simply need to adopt a new strategy for using the word.

Strategies for Saying “No” That Work

When saying “no”, beating around the bush is a bad idea. It leads to misinterpretation about our intentions, which in turn, leads to miscommunication and related mishaps. The first best practice is to be honest and forthcoming. Don’t be afraid to give your reason for saying no. Whether it’s a good reason or a bad one, research has shown that people are more receptive to our requests when we provide an explanation.

In one study, 120 adults standing at a copy machine were asked by someone if they could cut in line to make five copies. The “cutters” were told to ask to cut in three different ways. The first way was to simply ask for permission to cut. The second was to ask, but to say it was “because” they needed to make copies (duh!). Lastly, they asked to cut “because” they were in a rush.

The researchers found that just adding the word “because” to each request increased the willingness to let others cut by 33 percent even when the “because” conveyed no information. When a legitimate reason was given, the numbers increased by even more.

People like to hear reasons for the decisions we make, and oftentimes, it will help us get what we want.

You don’t have to go into a long-winded explanation of why you can’t. Here at the ONE Thing, we use a simple phrase that acts like a code for all of us. If we ask a teammate to do something, and they respond with “it’s not in my 20 percent” we know to look for help elsewhere. Because we’ve all read the book, we know what that means, and the response protects us from hurt feelings or fears of retribution.

Using a Filter to Protect Your Time

“No” is a spectrum. Between yes and no are several conditions that, when met, will swing our decision one way or another.

The ONE Thing co-author Jay Papasan gets several inquiries from aspiring writers who want help or guidance writing a book. Jay, however, is a steward of his time. He wants to help, but he also practices what he preaches—and he needs sufficient time to focus on his 20 percent.

That doesn’t mean meeting with other aspiring authors isn’t worth his time. There’s value in discussing and teaching the craft. So, in order to decide who meets with and who he doesn’t, he creates conditions for aspiring writers that will tell him whether or not he should allocate time to them.

Having conducted a webinar on how to write a book, whenever he gets an inquiry from an aspiring writer, he sends them a link and asks them to watch it. If they still have questions, then they can reach back out to him. Or, in some cases, he’ll ask someone to read a book he suggests on the subject before scheduling a meeting.

The extra effort required drops the pool of people who need help dramatically. Jay estimates that, after being given conditions, only three out of ten people ever reach out again. By creating conditions, Jay saves himself from having to say yes or no to about 70 percent of the inquiries he receives.

Creating a filter is a lot like saying “yes and no”, and it’s a great way to make sure you’re making a decision that uses your time wisely.

Conditions work both ways, too. However, when looking for a “yes”, we instead view conditions as expectations.

When researchers went door to door, asking for donations on behalf of the American Cancer Society, they included in their pitch a simple phrase: “Even a penny will help.”

Including this phrase resulted in an increase of participation and funds raised. The researchers found that the addition made people feel better for giving small donations by removing a common objection to giving. In other words, by re-framing the expectation of what constitutes an acceptable donation, they were able to change the minds of people who would have otherwise said “no”.

Creating conditions and expectations are a powerful way to say “no”, and they benefit all parties involved.

There are several other strategies for saying no. Whether the method is creative like Jay’s or direct, the result is the same. We all have the time to get our most important work done.

Signaling is a great strategy to use as a first line of defense that may deter people from bothering you in the first place! Using signals to let others know you are busy, or that you can’t be bothered is a great filter to use. Signals could include wearing headphones or ear plugs, putting up a sign that says ‘I’m busy!’, or heading into a conference room for some alone time.

Geoffrey Crossick, chief executive of the Arts and Humanities Research Board said “Language is at the very heart of what makes us human.” And he’s right. The words we surround ourselves with influence not only how we think, but also what we do.

This idea prevalent in our work here at The ONE Thing. For example, instead of calling it a “to-do list”, we make a point to use the term “success list”.

“To-do” struggles to imply a sense of priority. It conjures images of long lists, sloppy notes, scraps, and half-baked ideas. It’s reactive. Instead, we want to be intentional about what we do. Success lists, on the other hand, ask us to list what we need to do to be successful. It’s brimming with priority! It’s something that asks us what’s important and what we need to focus on.

Whether you’re trying to add “no” to your vocabulary or you’re working on re-framing your daily task list, we want to challenge our readers to take note of the words they use and choose a lexicon that leads to a more productive lifestyle.

What words have you found that influence you, and what strategies are you using to make them a part of your everyday life?  Share them with us on our Facebook page and we’ll write about them!

← Why We're Terrible at Building New Habits, and What You Can Do About It Do Less, Achieve More →