Why We’re Terrible at Building New Habits, and What You Can Do About It 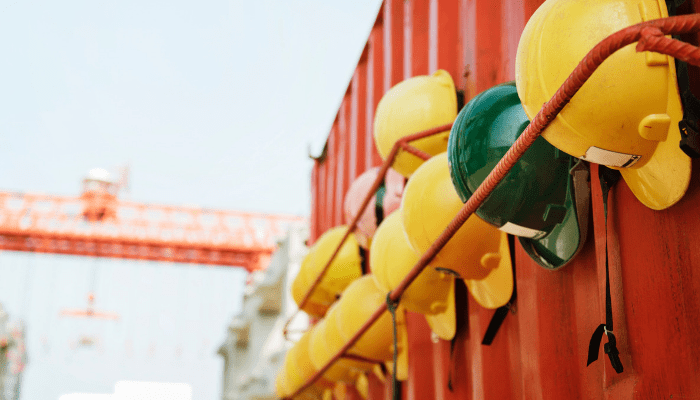 Building new, life-changing habits isn’t easy. Even if we’re successful in the short-term, old habits always seem to lurk around the corner, waiting for a chance to creep back into our lives.  While it’d be easy to write-off that kind of experience as being “just the way it is,” the truth is we’re to blame for any kind of relapse into an old way of doing things.

In The ONE Thing, we briefly talk about finding and living in environments that support our goals. If the people we surround ourselves with, the opportunities of our market, or distractions within our home won’t allow us to achieve what we set out to do, then in order to succeed, we have to make a change.

The same is true for the goals we set for our habits. When we try to replace old habits in the same environment where our old habits were built, we set ourselves up for failure.

A study released last year found that when it comes to goal-attainment, self-control doesn’t necessarily factor into our success. Instead, it’s our ability to completely avoid temptations that keeps us on the right path.

The Canadian researchers found that having to exercise self-control in the face of temptation leads to depletion, which in turn leads to failure. Even when we make the right decisions, the situation still nicks away at our will-power and motivation, making us more susceptible to relapsing into the old way of doing things.

The truth is, if we want to build habits successfully, the first thing we need to do is remove ourselves from the environment that enabled our old habits to begin with. If we want to be successful, we have to prepare ourselves and lay out a plan of attack!

After testing 800 households with a behavior intervention, a team of British researchers found that those who had recently moved within the past three months. The study tested something called the “habit discontinuity hypothesis”, which basically says that big changes make changing easier.

Part of the reason for that was that moving provides people with an opportunity to reconfigure their environments so that they support their desired lifestyles.

Studies have shown that when we experience reward – like the comfort provided by an old habit – our brains preferentially target those rewards within our environment. For example, if you love to text and you have your phone out on your desk while you’re working, your brain is going to whisper in your ear at some point, “This work is boring – but your phone isn’t – maybe you should check your notifications?”

When we move, we’re given a clean slate to construct an environment that removes subtle reminders of old habits. But you don’t have to make such a drastic change to attain the same benefits. If we plan ahead and sweep our existing environment for potential pitfalls while our motivation is high, we can give ourselves a fighting chance.

You don’t need us to tell you what’s standing between you and the changes you need to make in your life. You’ve got that covered. Instead, we’re going to focus on a few bucket categories that will offer blanket strategies for dodging the mines in your life.

Keep it Out of Reach

One thing we’ve learned in our research surrounding habits is that we can’t rely on discipline to pull us through. Yes, some people have a higher threshold of resistance than others. But the question of whether or not temptations will break us isn’t a question of “if”, but a question of “when”. If we tease the animal behind the cage, at some point, it’s going to snap.

When it comes to temptation, one of the best things we can do for ourselves is to keep them out of reach. We don’t mean flipping a switch and powering them off momentarily, we mean unplugging the machine and tossing it out the window and into the street. The more layers you can put between yourself and your old habits, the better.

It may seem a little cold-turkey, but it works.

The problem with temporary solutions is that they provide us with an opportunity to re-enter our old habits. They keep doors open. What we want to do is close them.

The only real way for temporary solutions to work is to relinquish control over them.

There are a lot of apps out there that will limit how and when we can use specific features on our phone, or limit when we can access the internet. However, if we’re the ones to flipped that switch off, that means we’re also the ones with the power to flip it back on.

That extra temptation, like we learned at the begging of the article, is depleting. And the more we’re tempted, the more likely we are to let our old habits take over.

One of the best ways to eliminate temptation is to take that power out of your hands and to put it in the hands of someone you trust. It’s the modern-day equivalent of having your shipmates tie you to the mast of your ship so you won’t respond to the Siren’s call. And it works!

The trick is that you need to convey to your partner how serious you are about changing. If the person you entrust with your old habit is the kind who succumbs to peer pressure—they might not be the best person to choose. Find someone who’s a stalwart fortress. Someone who won’t crack no matter how much you beg and plead – no matter what crazy exception you make up for why you need to revert back to your old ways.

Get Rid of It

Taking things a step further, it’s never a bad idea to consider eliminating your distractions and temptations entirely. Like, by wiping them off the face of the earth – Terminator 2 style. (You know what I’m talking about. At the end where Arnold lowers himself into a lava pit to ensure that Sky Net is never created.)

Let’s face it. You can’t continue doing everything you’re doing now, the same way you’re doing it, and expect for transformative life-changes to occur. That’d be insanity. We are where we are because every decision we’ve made and every habit we’ve built has added up to our current predicament. If you want your life to sum up to something different, then you need to make additions and subtractions from it.

We talk a lot about how smartphones are changing the way we live. They’re also the source of a number of bad habits and continual distractions that keep us from making progress in our lives. Do you really need a phone that can stream video, take ultra-high-definition pictures, turn the lights in your home on and off, pilot a drone, connect you to every human being on the planet, and remind you when your mother’s birthday is?

John D. Rockefeller didn’t build his fortune of $318.3 billion with the help of Twitter. Furthermore, Andrew Carnegie – the captain of industry who amassed a net worth of $310 billion – didn’t need the help of the telephone or a Samsung Galaxy Note9.

Sarcasm aside, it’s not like our do-it-all phones have been around for that long. Google was already worth $3 billion by the time Steve Jobs announced the iPhone in 2007. We’re sure the empires we’re building can get along just fine with a less distracting option.

In fact, a lot of highly productive people have conscientiously objected to new, available technology in order to maintain a higher level of focus. For instance, even though computers and typewriters were available to him at the time, David Foster Wallace opted to write the 577,608 worded novel Infinite Jest by hand. Similarly, Cormac McCarthy, author of No Country for Old Men, The Road, and Blood Meridian still chooses to write with a typewriter.

Like moving, getting rid of our temptations works. It completely removes the possibility of falling back into our old groove. While withdrawals can be difficult – they don’t last forever. And there’s nothing but green grass on the other side.

One of the key tactics for building a successful habit like time blocking is bunkering. Essentially, bunkering is the concept of having a place or environment that you can go to – or a certain level of protocols that can be enacted – that are designed to protect you from distractions and temptation.

Physical bunkers often work because they’re an environment with a clean slate of rules, and our expectations of what’s acceptable and unacceptable within those spaces have yet to be defined.

Habits are built in conjunction with several triggers. And like we’ve already learned, one of those triggers is our surrounding environment. Whether we realize it or not, we build expectations with our environment that signal whether or not engaging in a particular habit is acceptable. This explains why some people find it difficult to work from home and easier to stay focused while at work. At home, we create expectations with ourselves that it’s okay to watch television, cook, play, and lounge around, while at the office, the expectation of the environment is to be productive.

Aside from the usual advice on building a bunker, like making sure it’s stocked with everything you need to keep yourself from becoming distracted, one thing that really helps is outlining a set of rules for yourself about how you should behave once inside.

Like a library, you may find that peace and quiet is necessary for you to stay focused. Another rule you might set for yourself is to have a “No Cellphones Allowed” policy, where you disable your electronics before you enter your bunker. If you need to take a call, you’ll instead simply have to step outside or wait until your productivity session has finished.

Whatever rules your set for yourself, it’s not a bad idea to write them down. Like some companies like Keller Williams paint the tenets of their culture on their wall as a nice reminder for everyone as they enter the building, placing the rules of your bunker in plain sight will help signal yourself and others what’s expected while you’re bunkering.

Finding a new environment or renovating an existing one isn’t an easy thing to do, but it’s been proven to work. What strategies do you currently use to help yourself build new habits? Join the conversation on our Facebook page!

← Why You Need Both: The Power of a Digital Calendar and a Paper Planner Saying 'No' Is Worth Your While →