Famous Fathers and Their ONE Thing 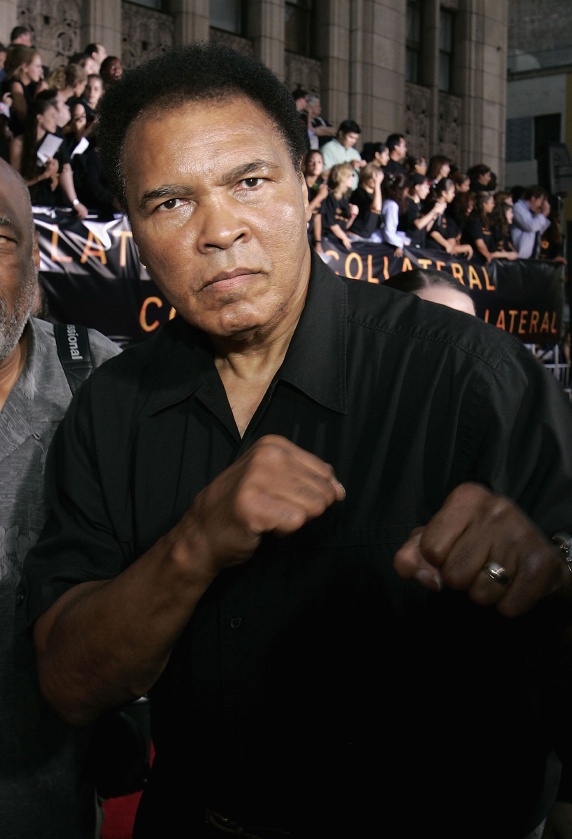 Dads are everyday heroes. They teach us, protect us and care for us without asking for anything in return. They know when to be tough and when to be gentle – a sixth sense of sorts that only dads possess. They are also some of the most influential people in our lives because of their guidance that is driven by their own passions and values.

In honor of Father’s Day, here’s a look at three famous fathers that passed their ONE Thing on to their kids:

Decades after stepping into the ring, Muhammad Ali is still known as one of the world’s greatest boxers. His showmanship and skill thrilled spectators, but it was his role as activist and philanthropist that Muhammad took most seriously. His conversion to Islam and refusal to fight in the Vietnam War made him a polarizing figure and got him banned from boxing for more than three years.

Most people would be discouraged by the setback, but Muhammad’s drive just became stronger. Instead of retiring he came back swinging after the ban was lifted and reclaimed the heavyweight title. Once Muhammad did retire from boxing he didn’t stop working. Despite being diagnosed with Parkinson’s disease he continued his philanthropic work bringing aid to places that others shunned such as North Korea. He was proud of his career, however his role as a revolutionary activist was much more of an accomplishment.

Laila Ali followed in her father’s footsteps in more than one way. When she was 21 years old she entered the sport of women’s boxing. Laila instantly became a star, not just because of her famous last name, but because in her professional debut against April Fowler, she knocked her opponent out in the first 31 seconds of the fight. Like her father, she has gone on to become a motivational speaker and philanthropist. On her website Laila says, “Giving back is not just something I casually choose to do, it is something I believe I must do. My father has been a perfect example of compassion, understanding and humility.”

Steve Irwin stepped into the spotlight with his popular television show Crocodile Hunter. He wasn’t afraid to venture into the animal kingdom and give viewers an up close look at how other species live. To say Steve was an animal enthusiast is an understatement.

His love for animals began when he was a young child running around his father’s wildlife zoo in Australia. As Steve got older he worked alongside his father at the zoo, which is how he learned to catch crocodiles with his bare hands. After wrangling crocs for the government, Steve took over the family zoo, and his energetic presentations became the main attraction. Soon after, Steve was the focus of a documentary, which led to his famous television show that was broadcast in over 100 countries. The show became his platform for advocating for the respect of reptiles that so many people feared. His ONE Thing was teaching others about the wildlife of Australia so that they would understand and love them as much as he did.

Tragically Steve died in 2006 while shooting an underwater segment with stingrays. His memory and love for animals lives on in his two children who are just as passionate about advocating for wildlife conservation as he was. His daughter Bindi has even hosted an educational show of her own Bindi: The Jungle Girl.

Say what you will about the antics of Donald Trump, but there’s no denying that he has business savvy and a solid work ethic. His father was a real estate developer that shared his ONE Thing with Donald, which is why Donald decided to make development his focus after graduating from the Wharton School of the University of Pennsylvania. His father focused on smaller, middle-income apartments, but Donald had much loftier goals. From the beginning his ONE Thing was building his father’s business, The Trump Organization, into an empire that his family would carry on – and he has achieved that goal.

Donald went to work right away channeling his abundance of energy and ambition into convincing his father to leverage loans for expansion projects. Soon after he moved to Manhattan, and turned his attention to luxury-oriented opportunities. Donald worked on establishing creative real estate opportunities for more than a decade, including the purchase of land that he sold for New York City’s convention center, launching the Grand Hyatt and overseeing the renovation of the neighboring Grand Central Station.

All three of his children, Donald Jr., Ivanka and Eric have worked for the Trump Organization. But don’t think that means they can slack off. Each one of them have taken on huge responsibilities and earned reputations for being hard workers with business savvy just like their dad. Both Ivanka and Donald Jr. said in the past that their father expects them to put in just as much effort as everyone else and that if they don’t meet expectations they could get fired. For now, The Trump Organization is a family affair just the way Donald envisioned it.