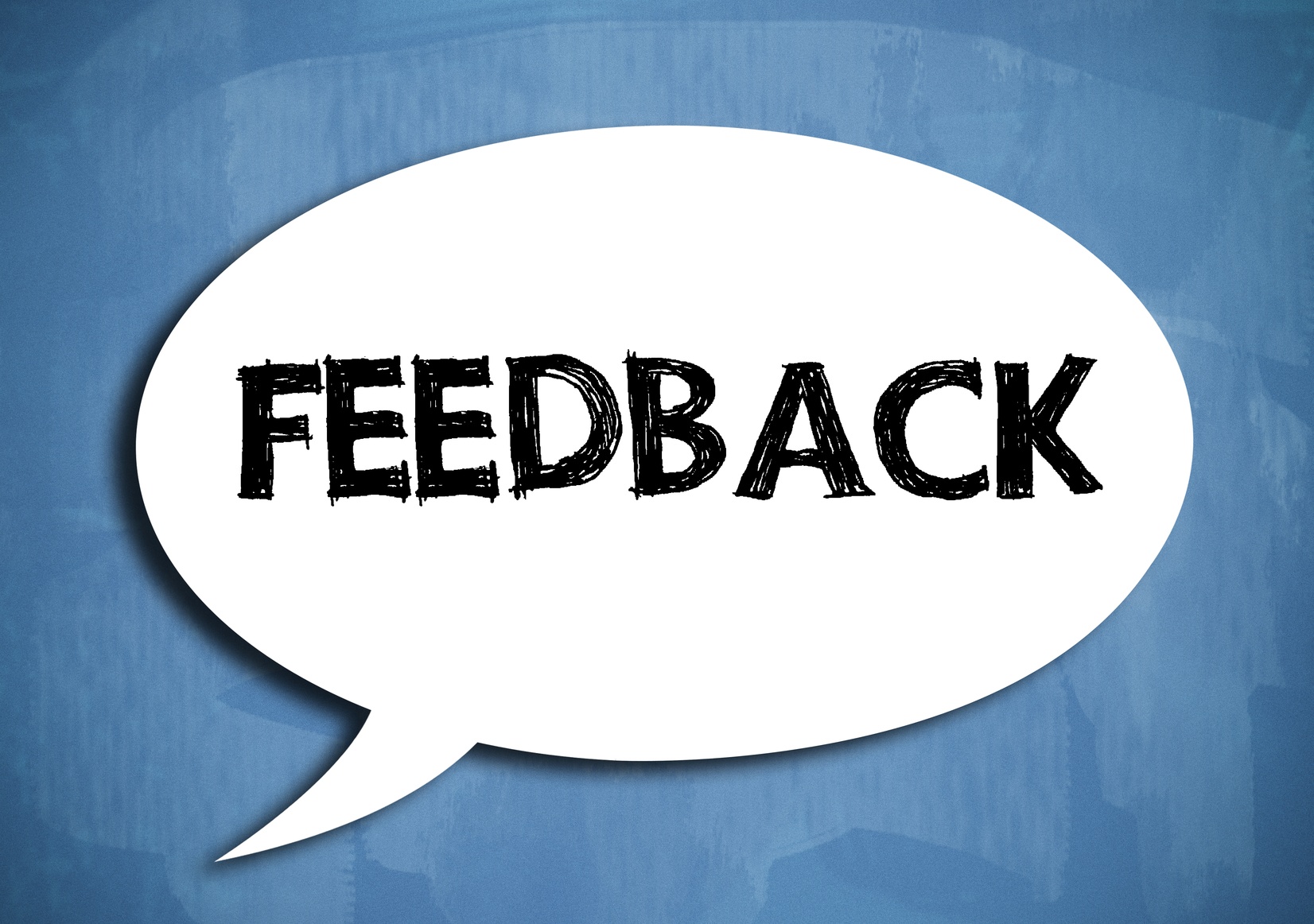 Many people bristle at the word “criticism” since it’s a critique of their work. People who make their passion their work tend to have the hardest time handling a critique since they put their heart and soul into excelling.

This may be hard to believe, but the majority of people don’t like being told they’re wrong – or at least not 100% right. It’s not simply a matter of ego, but how our brains are hardwired. Humans have an innate need to be sure in our decisions in order to survive. It’s so important, we’ll convince ourselves that our decisions are right even if deep down we know they probably aren’t.

A negative critique gets ingrained in the brain and is easily processed as a threat in regard to how we’re perceived by others. This is extremely important since we’re social creatures. The more competent we seem the higher up we’ll move in social standing. A critique is often interpreted as questioning a person’s competence, which is why we have a natural urge to resist or avoid those situations.

But that doesn’t mean you can’t break through the psychological barriers.

Making critical feedback a positive experience is a two-way street. Both the giver and the receiver need to be in the right mindset and approach things in a positive way.

There are certain conversations that should be approached with care and caution. Giving constructive criticism is one of those conversations. It shouldn’t be a case of just throwing ideas out there and seeing how they are received. Every rock star supervisor knows that productive feedback is all about the delivery.

Give one-on-one feedback. The worst thing you can do is give someone critical feedback in front of others. Their ego is already taking a blow, and having others there to witness the ordeal doesn’t help matters.

Highlight some positives first. Giving critical feedback isn’t a “rip the Band-Aid off” moment. It’s better to ease the recipient into the conversation by first highlighting what you liked about their work, procedures or their work ethic. Add in a few compliments that relate to the issue at hand and you’re off to a good start.

Focus on the goal or purpose. When giving feedback to a person you’re working with, it’s important to refrain from a Yelp-mindset. You’re not trying to warn others of a sour split-pea soup, you’re wanting to help someone achieve something. Your success is tied to theirs. So keep the conversation focused on the end goal and how you’re going to get there together. This makes things less personal and more objective.

Ask questions instead of just making statements and assumptions. This will make the receiver less worried that you came to the table with preconceived notions and didn’t like their work. It also makes the recipient a bigger part of the conversation and reveal the reasoning behind their choices.By getting them to answer questions, the recipient is also taking joint ownership of the critique.

Use the phrase “I think you’d do a great job by”. There are a lot of different ways to say the exact same thing. In the case of critical feedback, it’s best to shy away from anything that has a negative connotation. Instead of saying something like, “To do it right you should do it this way,” a better option is to say, “I think you’d do a great job by X.” Saying “I think”,“you” and “great job” in the same sentence subconsciously reassures the person that they are capable and you have confidence in them.

Offer up examples, suggestions and solutions. Critical feedback isn’t valuable unless the recipient walks away with an understanding of how to move forward.

Take responsibility when it’s warranted. Sometimes people miss the mark because they weren’t sure what the mark was. Yes, if someone is unclear they should ask questions. However, sometimes the directions that are given aren’t that great or were too vague—leaving room for assumed understanding. Review your notes to see if there was a miscommunication or lack of details. If so, take responsibility for not giving the person enough guidance.

End on a positive note. It’s a good idea to start and end the critical feedback on a positive note. Remind them of the things you liked about their work and let them know you’re confident in their capabilities. That way the recipient is more likely to walk away hopeful and motivated rather than dejected and uncertain.

The first word of the sub-title above is important. It’s not enough to hear or receive critical feedback. We need to accept it, which is the hardest part.

Remember that critical feedback makes you better at what you do. True critical feedback is meant to help you improve, not cut you down. In a way, it’s reassurance, because the person giving the constructive criticism wants you to succeed or they wouldn’t bother giving feedback.

Ask for follow up notes. Often we don’t remember feedback accurately since we prefer our positive opinion about our work. This can hinder our ability to get things perfectly right on the second go-round. Ask the feedback giver if they can send a follow up email with their critique.

Ask for feedback. Being the one to put it out there makes you more of a participant than a recipient.

Ask questions during the feedback session. Too often people think that they need to be quiet bystanders during a critique. The feedback session is more productive and fruitful if you participate by asking questions and soliciting advice so you can wow them on the re-draft.

Request that the conversation be relocated if you’re in public. A critical feedback session only requires two people. Some people have no problem receiving a critique in front of co-workers, but if that makes you uncomfortable, request that you step into a conference room or schedule a sit down later that day.

Hear the critic out before jumping to your own defense. The initial response to being critiqued is to defend your work. The problem is you could miss a good point with a knee jerk defensive response. Let the evaluator speak their piece – you’ll know exactly what they’re thinking and will have a few minutes to come up with a calm and collected response.

Do your own self-critique. Before your supervisor critiques your work take a critical look at it. Put your objective cap on and consider what could have been done differently. During the feedback session you can open the conversation with your own observations.

← Stay Motivated to Lose Weight With These 3 Key Habits How Many Tricks Does it Take to Form a New Habit? (One, Two, Three…) →