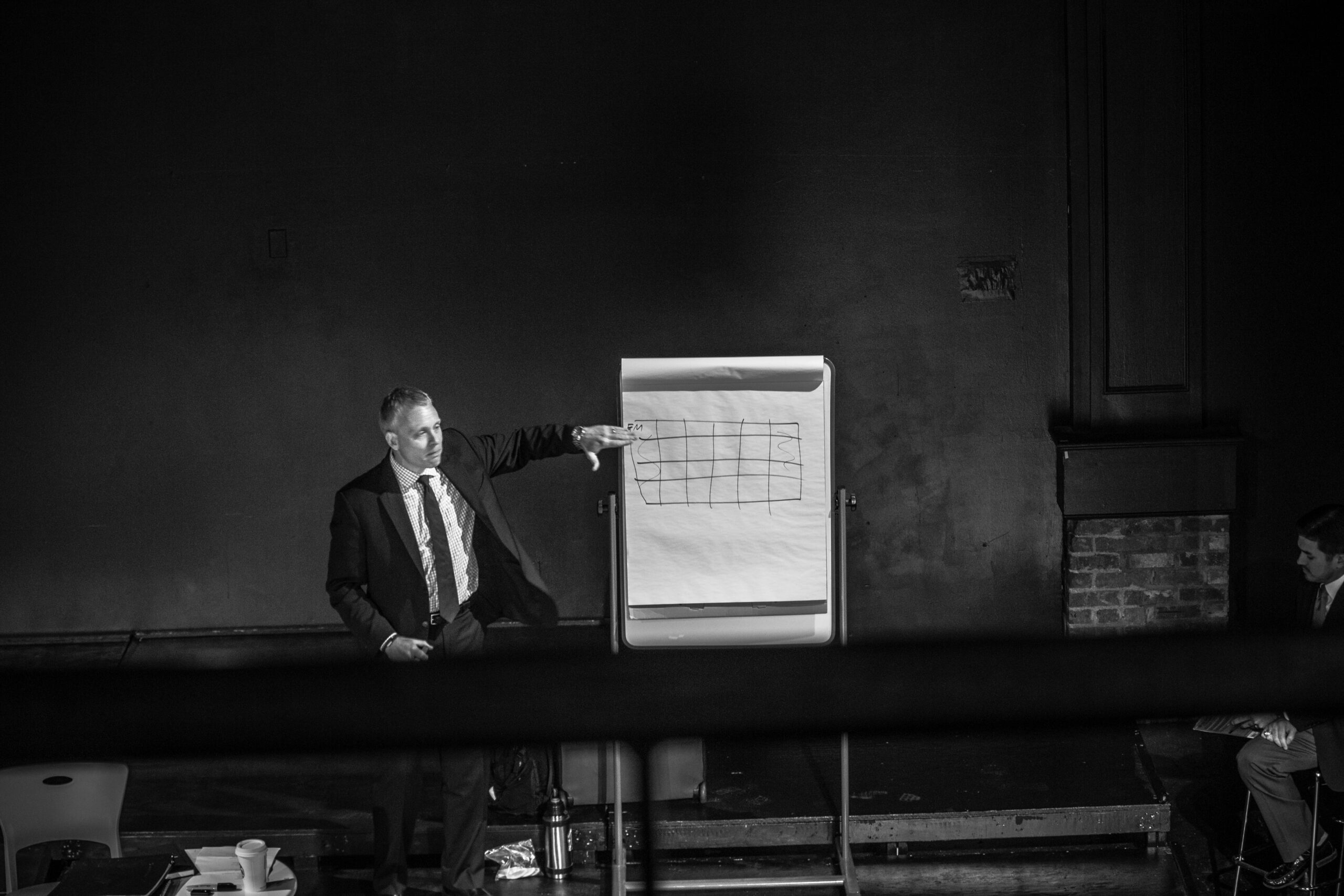 Today, we recognize National Public Speaker Day, a day that celebrates an activity that has most of this blog audience collectively grimacing. In honor of this day, we dove into the backstory of one of our favorite speakers. Our very own, Jay Papasan.

Does the thought of speaking to a crowd of people put your stomach in knots? You’re not alone. 75 percent of people fear public speaking – making it one of the most common phobias around. Best-selling author and speaker, Jay Papasan, experienced it too.  While we know he captivates us when he heads on stage to deliver The ONE Thing’s message, those who’ve seen him talk might be surprised to find out that Jay is a borderline introvert. Speaking to a room full of people isn’t exactly one of his natural behaviors.

How do book writing and public speaking, two seemingly opposite activities, intersect in Jay’s life? It comes down to a decision Jay made a few years ago when taking stock of what he’d need to do to achieve his goal of becoming a successful writer. For Jay, this meant he’d need to be able to effectively deliver content both on and off the page. He knew that he would have to earn the right to share his message to readers by verbalizing it to an audience. And when he asked himself what ONE Thing he would have to do to improve his message delivery, it meant working on his public speaking skills.

The decision to commit to public speaking set Jay down a domino run that began back around 2007. Jay’s first domino was probably the most daunting – he had to overcome his fear. Not a natural public speaker, he needed to get used to the feeling of all eyes being on him – so he set a goal of presenting every month in his office. It wasn’t all smooth sailing. He recalls a time he received some frank feedback from someone he considered a pro about the number of times he said “um” in an hour-long presentation (hint: she stopped counting at 44). However far removed from his comfort zone each speaking event might have been, each one helped Jay up his game.

The next domino on Jay’s run involved improving his technique. Preparation was a big part of it. He was once advised to prepare four hours for every hour of presenting – a best practice he still follows today. Jay took speaking classes. He committed to pursuing a master faculty certification within the company – a domino that comes with considerable training and took over three years to knock down.

Each subsequent domino on his path helped Jay practice and refine his craft. While he started presenting to small groups of friendly faces in his office, over time he stood in front of larger and less familiar groups – first in remote offices, next at regional events, then at national events. Today, he presents his message to outside companies.

Looking out on a hall full of people may be a little different than presenting at an office lunch-n-learn, but Jay succeeds by using the same presentation technique no matter the size of the crowd: he finds someone in the audience who is actively engaged and focuses on delivering his message to them. Knowing someone in the audience is rooting for him helps quell the public speaking jitters no matter how big or small the group might be.

It doesn’t hurt that his message resonates with the crowd. It’s easy to see why – he’s a passionate believer in what he teaches – something we’re sure any audience can see. He believes in asking questions that provoke the crowd to find their own answers in the material he shares. By doing this, Jay discovered he can supply an audience with the building blocks on which they can implement the lessons he teaches about. Now that’s motivation enough for Jay to get on the stage and speak to a group of any size.

National Public Speaker Day isn’t over yet. Now it’s your turn. What dominoes do you have to knock over to become the presenter you want to be?