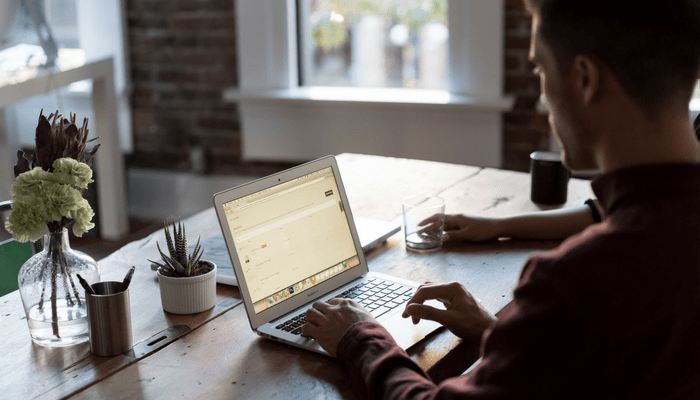 If we all have the same hours in the day, why do some people soar while others sputter?

The age old question racks the brains of many of us. With productivity being a combination of motivation, will, priority, purpose and time, it sometimes feels like it’s impossible to get going. The good news is that we’re not alone.

Every tycoon, industry leader or productivity guru has had to wrestle with distraction and walk away with their own methods for staying on track. Instead of trying to reinvent the wheel, take a look at what these five leaders do to hone in their productivity when it matters most.

When it comes to business, Warren Buffett, the investing guru and chairman of Berkshire Hathaway makes it clear his rule of thumb: Say “no”, and say it often. Say no to the superfluous. Say no to bad investments and needless tasks or events. Focus on the top goals and nothing else. Only by saying no can you say yes to something really big.

Buffett explained this to Bill Gates when he advised Gates to keep his schedule free of clogged items: “You’ve got to keep control of your time and you can’t unless you say no. You can’t let people set your agenda in life.”

When talking about productivity we often look for “life hacks” or tricks to get more done in less time. Much to our chagrin, humans have limited energy, and we need to recharge. Ariana Huffington, the founder of The Huffington Post, learned this the hard way when she collapsed one day due to exhaustion.

“The irony is that a lot of people forego sleep in the name of productivity,” she says. “But in fact out productivity is reduced substantially when we’re sleep deprived.”

Just as our phones get a charge more quickly when left alone and untouched, so too do our bodies when we devote quality to a sleeping ritual. Unwind, unplug, and start each day with a full charge.

Productivity coach Tony Robbins swears by the repetition of his morning rituals and routines.

More than just tradition, his rituals allow him to take control of his day. Every morning, Robbins hops into a cryotherapy tank before breathing, meditating and eating breakfast. The benefit of these activities lies in their repetition, where practicing getting into a positive state of mind makes perfect.

You may not be able to jump into a cryotherapy tank or an ice bath, but you can find a way to kick start your morning for productivity by creating your own morning productivity rituals. Maybe it’s something as simple as reading the paper uninterrupted or taking the time to make yourself breakfast. Following a ritual will cast a positive spin on the day to follow. Take action and maintain the habit.

Putting allegiances aside, there is no denying that New England Patriots Coach Bill Belichick has taken his team on a successful (and productive!) ride.

Whether he’s at practice or the Super Bowl, Belichick stresses the importance of everyone knowing their job and operating off of a cohesive plan. This is achieved through contraction and concentration: fewer staff members, but more productive collaboration; less practice time, but more quality plays. This is critical, he explains, for keeping everyone on the same page so the organization can operate as a single entity.

When it comes to productivity, Gary Keller’s mantra is “one thing at a time”.

He doesn’t compromise on this philosophy for anything. One of his go-to methods for making sure he gets the most out of each day is time-blocking. Referencing experience and science, Keller dedicates his most productive hours of the day, those in the morning, to his most important work.

During that time, he’s locked away in his “bunker”, a place where he can be free from distraction, plugging away at his ONE Thing.  By guarding his most productive hours jealously, he ensures that progress will be made each day, regardless of circumstance.

Whether we’re just starting our careers or have been working for the past twenty years, everyone needs help learning to prioritize and be more productive. What things do you do to make sure you’re getting the most out of your day? Let us know in the comments and on our Facebook page!

← Manage your Time with the Eisenhower Matrix The ONE Thing Sells ONE Million Copies →
We use cookies to ensure that we give you the best experience on our website. If you continue to use this site we will assume that you are happy with it.OkNoPrivacy policy