Six Ways to Identify Time-Busters… and How to Avoid Them 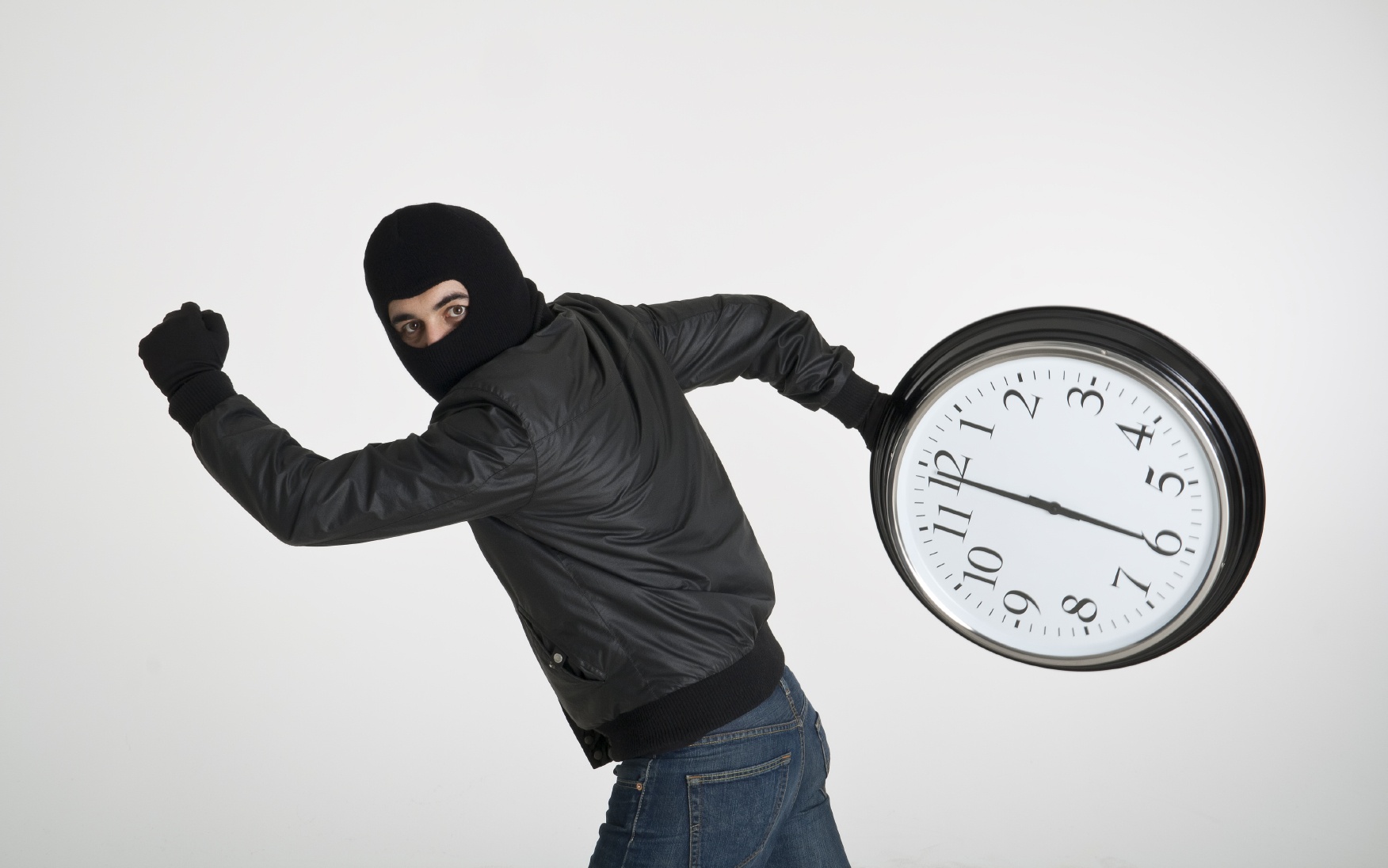 Blocking your time may seem easy, but even after your calendar is penciled in, time can slip away from you. Why? They may not be obvious at first, but there are many time-busters that steal away minutes or even hours of your day and get in the way of productivity.

To help increase your productivity this year, here are six time-busters that commonly fly under the radar and how to avoid them.

There’s a quote from Samuel Johnson that says, “The chains of habit are too weak to be felt until they are too strong to be broken.” Our repetitious actions become habits that have a huge impact on productivity, and we sometimes don’t even know we have them. Many habits are unconsciously built over time and at first glance they may not seem like time-busters. Something as small as biting your fingernails could have a serious effect if your fingers should be busy typing. Other bad habits, like putting off the hardest task until the end, eat up a significant amount of time and productivity.

How to Avoid this Time-Buster: Break your bad habit and/or create a better one by taking the 66 Day Challenge. Research has shown that it takes 66 days to turn an action into a habit. The 66 Day Challenge can help you stay on track until your new habit becomes second nature.

The people around us and the environment we’re in have a huge effect on our focus and productivity. Sure you’re at your desk, but is that the best place to focus on the task at hand? Is what’s around you distracting, interrupting or disrupting your workflow? Take a good look at everything around you rather than trying to ignore it. Identify what’s contributing to the time suck so you can break through the barriers.

How to Avoid this Time-Buster: Create a more conducive workspace. That may mean you have to change locations entirely, and typically it means you need to create some divide between yourself and the rest of the world. To eliminate the people distraction factor let others know your schedule and when you’ll be unavailable.

Preparation and productivity go hand-in-hand. One of the quickest ways to put the brakes on productivity is to not have what you need to get a task done. You’ll waste time searching for the right tools or have to figure out another way to complete the task. If you can’t do either then completing the task is impossible.

How to Avoid this Time-Buster: When you time block list everything that is needed for each priority. Organizing your workspace in general will also go a long way to helping you become better prepared by making it easier to find and access what you need.

You may think that you’re getting more done by doing two (or more) things at once, but in actuality it’s taking up your brain power and costing you more time. Research has found that you lose 28% of your effectiveness when you multitask. What’s more, when you multitask things aren’t done as well so there’s a higher likelihood that the work is sub-par by your own standards and will need to be redone.

How to Avoid: Turn off all unnecessary screens when you’re working. Instead of checking your email multiple times throughout the day give email its own time block at the beginning and end of each workday. Also, never put more than one task within each time block. This guarantees that you’re focused on ONE Thing at a time.

Time-Buster #5 Not Protecting Your Time Blocks

The rest of the world doesn’t care about your time blocking as much as you do. If you don’t protect them, your time blocks will get eaten alive by other things that really aren’t your top priority. Oftentimes bosses, clients or family members will come to you needing your assistance at random times throughout the day. Instead of telling them you don’t have the time, your time block gets invaded.

How to Avoid: Learn to say no and how to control the time lines of tasks that are handed off to you. If you can’t say no, be the one to suggest when something can get done. That way you can work it into your schedule without disrupting what’s already been blocked. Most of the time you don’t need to drop everything to handle this new task, the person just wants verification that you can help. If something does need to be done ASAP, replace your compromised time block immediately.

We’ve got a lot of thoughts firing off in our brains at any given time. If you aren’t mentally prepared to focus on the time blocked task, you’ll waste time thinking about everything else that needs to get done.

How to Avoid: Simply write the thought down to get it on paper and out of your head. When you have free time you can come back to the thought and even pencil in a time block for it if needed.

Do any of those time-busters sound familiar? If you’ve found tricks that work to stop these hidden time-busters save the rest of us some time by sharing!