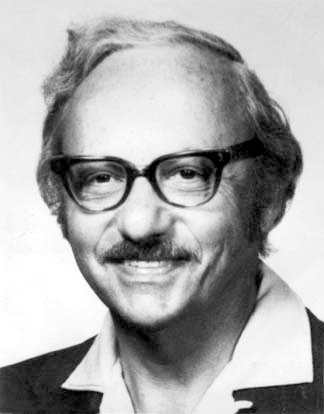 Arriving late to his statistics class, a young George Dantzig copied down two problems left on the blackboard of his lecture hall, which he assumed was homework. After spending the next few days solving the problems, he turned to his professor with his completed assignment and apologized for returning the work so late, explaining that he thought the problems seemed a little harder than usual.

He may not have recognized it at the time, but there was nothing ordinary about the assignment.

Six weeks after turning in his work, his professor came to his door and told him excitedly, “I’ve just written an introduction to one of your papers. Read it so I can send it out right away for publication.” Searching for an explanation, Dantzig asked his professor what he was talking about, to which he replied that the two “homework” problems he left on the blackboard were actually two famous unsolved problems in statistics – it was the first time Dantzig had any idea that the problems were special in any way.

Perhaps even more interesting, Dantzig had only taken a few statistics courses prior to solving the problem. So given his inexperience, what gave him an advantage over his classmates, professor, and other experts in the field? His mindset.

Later on, Dantzig gave permission for his story to be published by a minister he had once met on a plane. He recalled the book’s portrayal of his experience, “[The] published version was a bit garbled and exaggerated but essentially correct. The moral of his sermon was this: If I had known that the problems were not homework but were in fact two famous unsolved problems in statistics, I probably would not have thought positively, would have become discouraged, and would never have solved them.”

Had Dantzig not thought that he was supposed to solve the two problems, he may have never been able to solve the unsolvable.

Get Rid of Your Limiting Beliefs!

In The ONE Thing, we expose the lie, “big is bad.” All too often, this type of negative thinking gets in our head and limits our true capabilities. But history is filled with examples of people who dared to dare, and as a result achieved extraordinary results.

Like Dr. George Dantzig, revolutionaries like Albert Einstein and Pablo Picasso were said to have seen things differently, and at some point, they each made a choice to ignore what was available to them, and imagined ways to make the impossible, possible.

A limited mindset is a roadblock for someone who wants to achieve their goals. So, once you’ve asked yourself a “big” question – “What is the ONE thing I can do such that by doing it everything else is either easier or unnecessary” – make a decision to ignore any thought that there is no answer, and assume that there is an answer.

Once you’ve found your answer, visualize the path you need to take to achieve your ONE Thing by breaking down the models, systems, habits, and relationships you need to make that ONE Thing happen. When you think big, you’ll experience what extraordinary results look like first-hand when you have no limits attached.