Stopping Productivity Thieves by Starting With Saying “No” 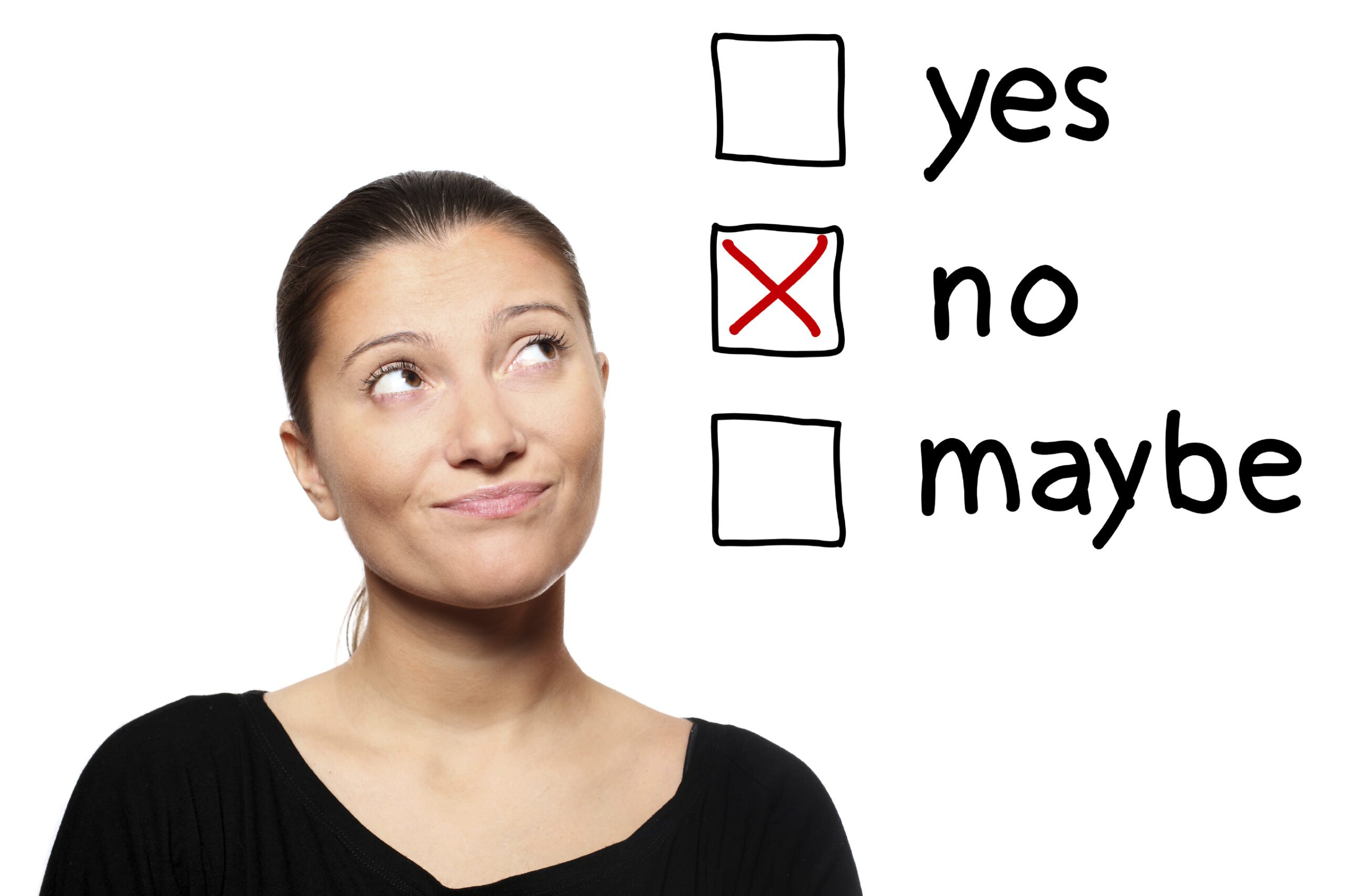 Does it seem like someone or something is sneaking in and stealing time from you? Chances are you’re not imagining things. One or more of the Four Thieves could be robbing you of your productivity. These Four Thieves can work together or alone to steal time:

This month we’re discussing strategies for overcoming each of the Four Thieves, starting with how to get comfortable saying “no.”

Saying those two little letters “n-o” can be extremely difficult at times. But the truth of the matter is if you say “yes” to ONE Thing, you have to say “no” to a lot of other things. Focus requires drowning out all the other stuff that’s going on around you. Using the word “no” can empower you to focus on the thing that matters most instead of giving your attention to everything else.

If you’re shy about saying no, these tips will help you stop saying yes to everyone else so you can say yes to what matters most instead.

Get Over No-Induced Psychological Hang-ups

The American Psychological Association has pointed out that there’s a lot of pressure to say yes, and people think that taking on many tasks will help them appear well-rounded at work and school. However, the result is often the exact opposite because people get stretched too thin and put their reputation at risk.

There is a fear that saying no will make a person appear lazy, selfish or uncooperative. It stems from the natural desire to appear likeable. Real friends, good co-workers and professional acquaintances won’t think anything less of a person that has to say no because of other priorities. Saying no isn’t likely to cause a rift in a relationship, but burnout from being overextended will. Saying no means giving more time to yourself, family and friends, which strengthens relationships.

Saying yes has roots in the lessons of childhood – learning to obey elders and authority figures. Because of this, many people feel obligated to say yes to supervisors, professors, and other leaders. It’s important for people to understand that saying yes is a choice, not a requirement.

Remind Yourself that Everything Does Not Matter Equally

When you say yes a lot you’re giving only a little piece of yourself to each thing, and hard work doesn’t always equate to quality work. When you say yes less, you can give fewer things the attention they deserve.

Saying no isn’t selfish. You’re giving your time and energy to your ONE Thing because it was the priority you determined matters most, not because you don’t want to help. For every request or invite, ask yourself if it’s connected to your ONE Thing. The answer will provide you clarity about how to handle the requests you receive. It will also relieve you of guilt, because saying no is not personal, it’s just more productive.

Say “No” with Grace

Don’t beat around the bush or offer up a bogus excuse to try and soften the blow. Respect the asker by being direct, keeping it simple, and explaining that you don’t have the bandwidth to help. When it’s handled properly, most people can handle a negative response.

It’s always best to say no in person, but if the request is sent via email or you’re more comfortable saying no over the phone, that’s better than saying yes. Always consider the situation, what’s being requested and who’s asking for something before formulating a no response, and remember to thank the person for the consideration instead of apologizing for not participating.

It’s also important to limit the access others have to you when you are working on your ONE Thing. That way you’ll have to say no less often. Be ready for the other party to try to convince you to say yes even after you’ve said no. Stick to your guns, and just repeat your original answer.

If you know the request being asked of you is important, but don’t currently have the capacity to help, try pointing the asker in the direction of someone who can help and might say yes. Suggest solutions that don’t require your time and assistance, and share your expertise without sharing your time. If you have documents or tools that can help, lend those in place of lending yourself. If you can help in a smaller capacity or at another time let the person know, but only if you do actually have the free time.

Feeling good about saying no requires changing how we think about the word. It doesn’t need to have a negative connotation and it can have a positive impact on your ability to focus on your ONE Thing.

Have you used say “no” strategies of your own? Share your say “no” moments with us in the comments section or on Facebook.